Every entrepreneur wonders: “Will my startup sink or swim?” When Felix Brandon and his wife Jordan Lloyd Bookey launched Zoobean, a startup focused on children’s reading, they found themselves swimming in rough waters early on. A few months after launch, the founders were invited to pitch their business on the TV show Shark Tank. What […]

Every entrepreneur wonders: “Will my startup sink or swim?” When Felix Brandon and his wife Jordan Lloyd Bookey launched Zoobean, a startup focused on children’s reading, they found themselves swimming in rough waters early on. A few months after launch, the founders were invited to pitch their business on the TV show Shark Tank.

What felt like a sinking moment turned into more than a lifeline for the fledgling business — it entirely transformed their business model. In the year that followed the Shark Tank episode, Zoobean went from a consumer subscription service to an enterprise reading program platform loved by millions of readers of all ages. 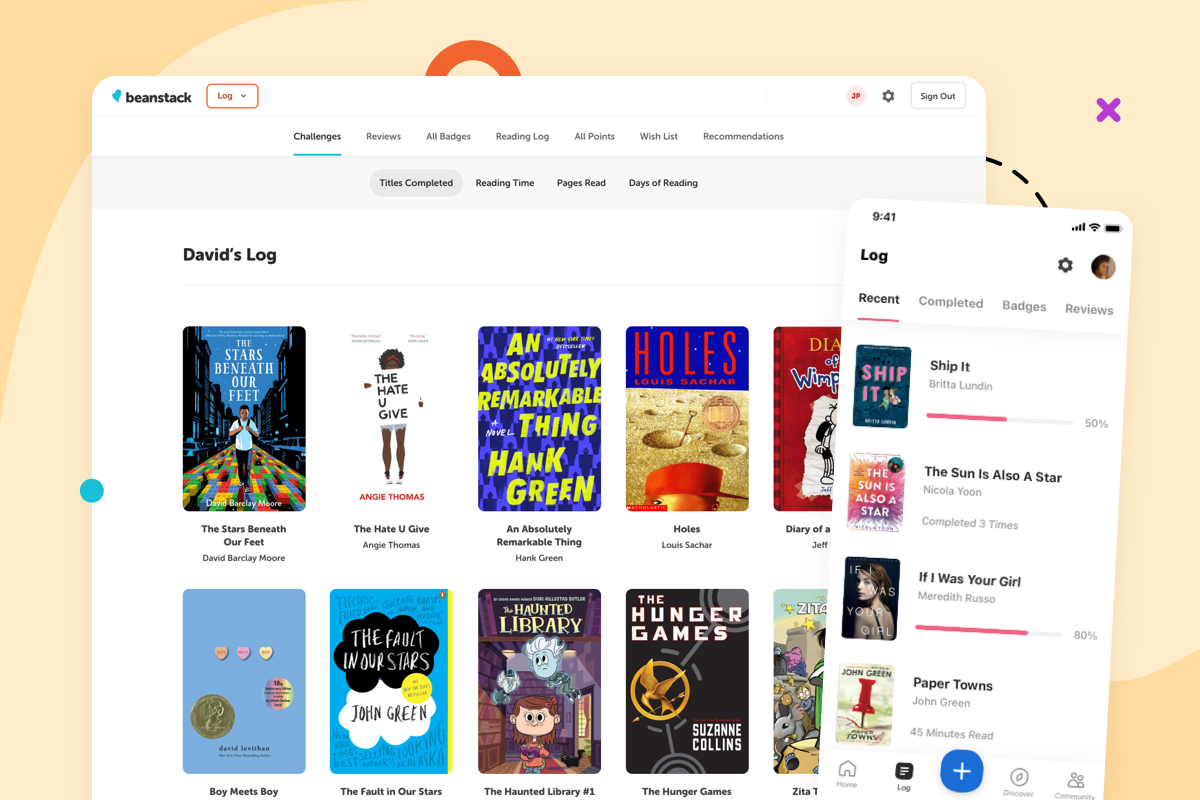 From the mouths of babes to the scrutiny of sharks

Zoobean began in the simplest way: with a child’s comment. Felix and Jordan were looking for children’s books that could help their two-year-old son learn how to be a big brother, and they came across a book that featured an interracial, interfaith family like their own. For the first time, their son immediately recognized his own family in the pictures: “That’s mommy. That’s daddy. That’s me.” Felix recalls that pivotal moment: “We felt that everyone should have this experience of seeing themselves in a book. The problem was finding those books.”

Felix and Jordan set about solving that problem, and in 2013, Zoobean was born. The company’s mission was to help people discover books that were right for their family. To jumpstart the business, the couple participated in a weekend competition run by NewME, an entrepreneurship program for founders who were people of color and/or women. Zoobean won the competition and NewME featured the startup across its social channels.

What happened next was an entrepreneur’s dream come true. Felix and Jordan received a random email from a producer with Shark Tank — a show that could introduce their new service to the nation. Felix had been a long-time fan of the show from its early days, and he couldn’t believe his luck. “It was surreal,” he says. “The email came from a gmail address, so we didn’t believe it at first. We looked him up on IMDb before calling him.” Two months later, the couple were on the Shark Tank set in Hollywood.

The drama of the Shark Tank pitch

When Felix and Jordan arrived on set, it looked and felt like the familiar show — that is, until taping started. It was chaotic: everyone talked at once, the sharks made snide comments, and the entrepreneurs were struggling to hold their own. It was nothing like the edited version that appears on TV. “At one point, though,” says Felix, “it just felt like any conversation where you’re trying to pitch your business. But it was almost better, because we knew it would end with a “yes” or “no” rather than be left in limbo.”

However, their answer did not come easily. The founders received heavy critique for the modest size of Zoobean’s customer base at the time, and the company’s business category also lacked definition, which sparked heated debate between the sharks. Although Zoobean’s focus was on sending books to monthly subscribers, Mark Cuban insisted that it was actually a technology company. Kevin O’Leary argued that Zoobean was a marketing company that “sent people things in a box.” In the end, Mark Cuban would be proven right.

The Shark Tank experience was tough on Felix and Jordan, but they walked away with two invaluable wins. One was a “yes” from Mark Cuban, who invested $250k in the startup. “It was actually a benefit that we were so early in our business,” says Felix. “Mark seemed to understand and appreciate where we were with it.” The second was their new investor’s insight — maybe Zoobean really was a tech company? Felix and Jordan began to think more about their software’s potential and less about growing subscriptions.

Getting ready for scale at prime time

Once Mark Cuban decided to invest in Zoobean, Felix and Jordan teamed up with Tyler Ewing to lead technical development. The initial site had been built on Heroku by an agency, and when Tyler took the reins, he started by focusing on scalability. The Zoobean team didn’t know exactly when their episode would be aired, and they wanted to be ready for a surge in traffic to the site at showtime.

Another startup had experienced a crash during their Shark Tank episode, and the team was determined to avoid that scenario at all costs. Tyler load tested four times more traffic than expected — close to 200,000 requests per minute — and the site handled it well. Zoobean was ready.

Monitoring web traffic during the show

On April 18, 2014, six weeks after taping, the Zoobean episode aired. Sure enough, the expected traffic spike happened right when Felix and Jordan came on set and in the 15 minutes that followed. Throughout the show, Tyler kept a close eye on the Heroku Dashboard, as well as performance metrics coming in from Heroku Add-ons New Relic APM and Librato. “I think anytime you see that amount of traffic hit your site all of a sudden,” Tyler says, “it’s always going to be scary.”

To help allay his fears, their Heroku technical account manager had set up a channel on HipChat so that he could be available to help Tyler troubleshoot if needed. This allowed the whole team to relax a bit knowing that they wouldn’t have to scramble to try and get support in the moment.

After the show aired on the East Coast, there was a second spike later that evening from West Coast viewers. Much to the team’s relief, the site held steady throughout with no issues, even as close to 25,000 concurrent users were eagerly exploring Zoobean as they watched Felix and Jordan pitch the business on TV.

For many startups, an appearance on Shark Tank results in millions of dollars in sales. For Zoobean, it was the opposite. The show sparked a tremendous amount of interest in the company, but sales were disappointing — yet another indicator that the business model needed a course correction. Undaunted, the founders responded quickly, which ultimately saved them time, energy, and resources. Felix says: “Our Shark Tank experience allowed us to see what wasn’t working. It would have otherwise taken us months, or maybe more, to figure that out.”

By the time the show aired, the startup had already begun to pivot. Zoobean was still focused on consumers, but it now included a personalized book recommendation system, which put more focus on the technology and app experience than on shipping books.

Soon, Zoobean was getting attention from libraries across the country, which opened entirely new opportunities for the business. The team worked with the Sacramento Public Library to develop a version of the app that allowed the library to recommend books in its collection to members. As more and more libraries followed suit, new ideas emerged, and Zoobean evolved even further. The team saw an unexpected spike in use from one library and discovered that it was using the app to run a summer reading program. They began promptly adding new features, such as tracking and incentives, that enabled libraries to engage readers in reading challenges.

The result was their flagship product Beanstack, a customizable reading challenge platform for libraries, schools, colleges and universities, and corporations. “That’s really where the business has grown,” says Felix. “Recommendations are still important, but we’re now more focused on motivating groups if readers of all ages to read more.” 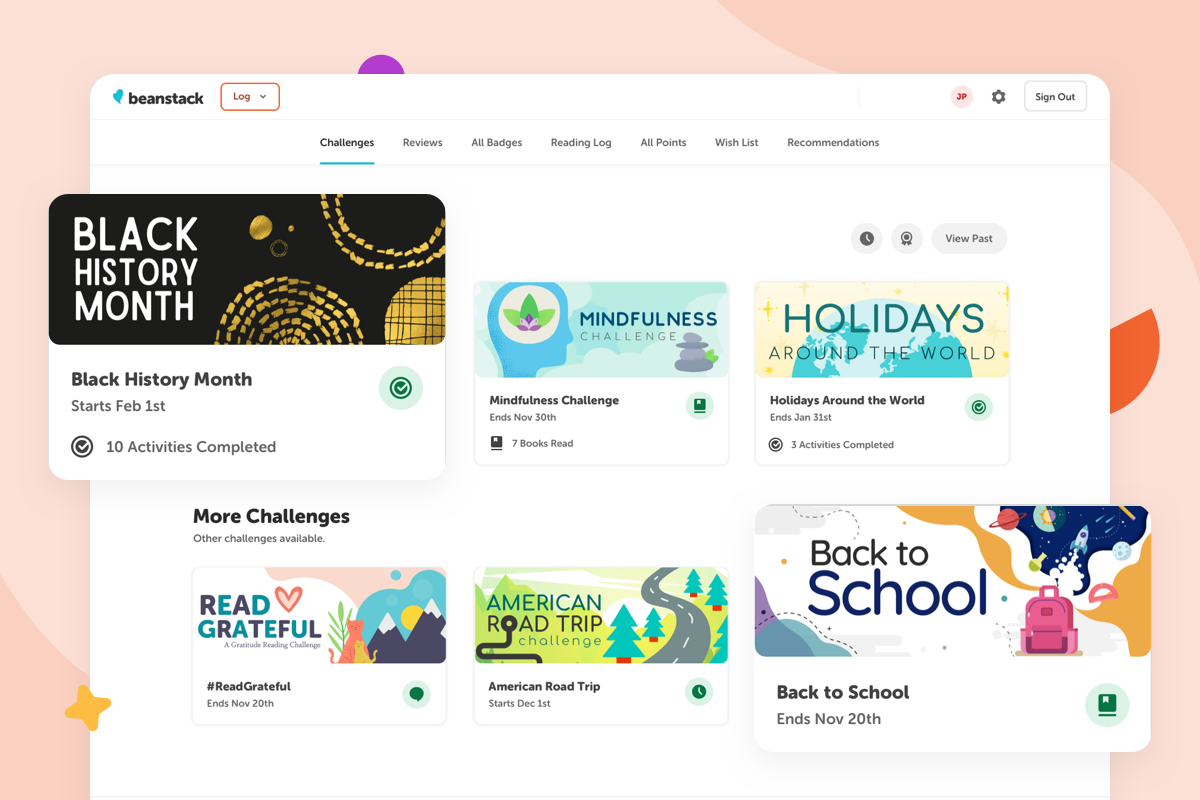 Today, Zoobean is home to millions of readers

Seven years after Shark Tank, Zoobean is a thriving company that serves over 1,900 library systems (representing 10,000 library branches), 1,200 schools, and three million readers. It’s business model is now primarily enterprise-focused, but the company’s core mission remains the same: helping kids become lifelong readers. This continually inspires new, innovative ideas to make an impact, such as extending the challenge model to support reading fundraisers, where students can raise money for their school by reading. In another new direction, companies are using Beanstack to run team-building programs based on shared reading experiences.

Zoobean is also looking towards expanding Beanstack internationally and recently launched in Canada. To support Canadian data residency requirements, the team worked with Heroku to connect an AWS database in Canada to their Heroku Private Space using PrivateLink. “We’re just really comfortable with Heroku,” says Tyler. “We didn’t want to have to find another solution from a company in Canada or someone else. We wanted to try to keep as much consistent as possible, and Private Spaces offered us the way to do it.”

As Felix and Jordan look back on their journey, one thing is clear. The Shark Tank experience was the springboard to Zoobean’s success, and they are “eternally grateful to be a part of the Shark Tank family.”