6 Works Of World Literature That Will Improve Your Language Skills

So you’ve been learning a new language for a little while now, and things are going great. Maybe you’ve introduced yourself to your new South American neighbors en español, or maybe you’ve even been adventurous enough to order ein Weißbier auf Deutsch at the cool Biergarten around the corner. While such acts of immersion are […] 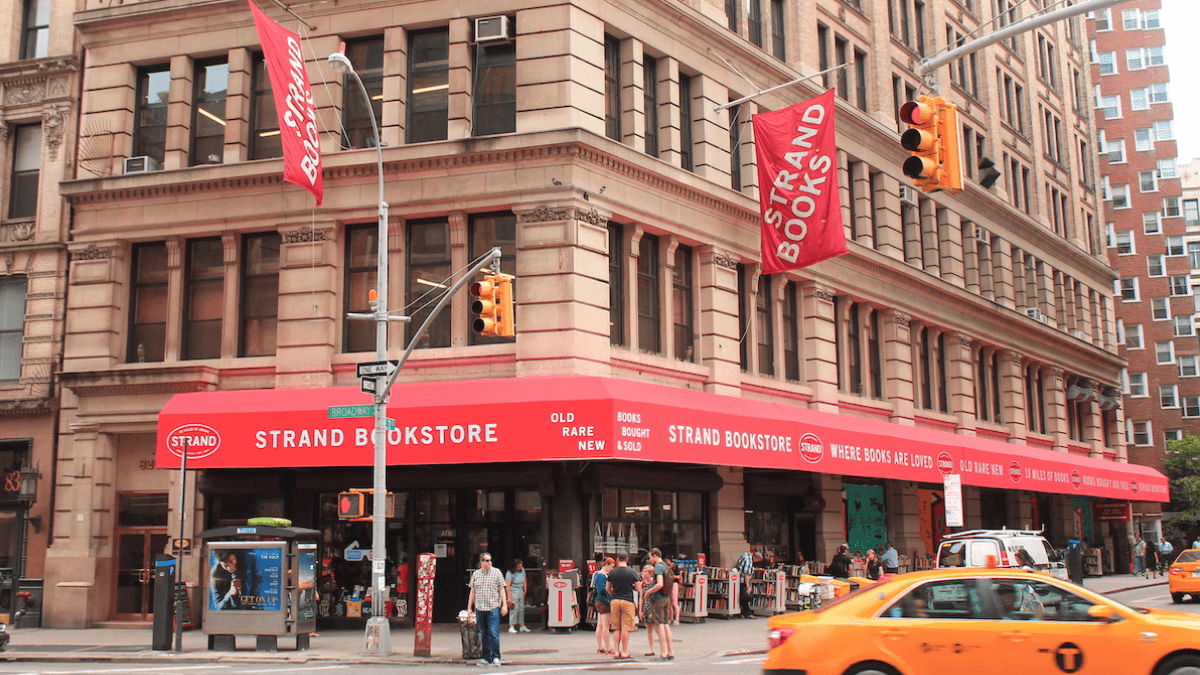 So you’ve been learning a new language for a little while now, and things are going great. Maybe you’ve introduced yourself to your new South American neighbors en español, or maybe you’ve even been adventurous enough to order ein Weißbier auf Deutsch at the cool Biergarten around the corner. While such acts of immersion are invaluable when it comes to increasing your comfort in your target language, learners often forget about one of the oldest, most potent, and most enjoyable tools for increasing their vocabularies and immersing themselves in a foreign culture: Books! As the oft-repeated (though highly legitimate) cliché goes, books take us to faraway places we can only dream of — especially if we’re strapped for cash and time. So, in the spirit of linguistic and geographical exploration, Babbel teamed up with Strand Books, New York City’s mecca of literature (and our favorite place to find a new read), to bring you six of the world’s international best sellers to test your new language skills.

Colombian Nobel Prize-winner Gabriel García Márquez’s universally adored chronicle of the Buendía family is one of the most important works of modern Spanish-language fiction, and for good reason. Spanning seven generations while tackling such timeless themes as love, loss, and the inescapability of fate, Cien Años de Soledad is a masterful display of the power of the Spanish language, and an essential text in the Magical Realism literary movement.

Johann Wolfgang von Goethe is to German what William Shakespeare is to English, and there is no better introduction to Goethe’s brilliance than his magnum opus, Faust. Often considered the greatest work of German literature, Faust is Goethe’s poetic take on the German legend of the eponymous protagonist who, dissatisfied with his life, sells his soul to the Devil in exchange for limitless knowledge. At turns both funny and tragic, reading this play is the perfect way to improve your German without selling your soul.

Often one of the first books assigned to French-language students around the world, Nobel Prize-winner Albert Camus’ 1942 novella about an absurd act of cruelty committed by an Algerian man named Meursault is unmatched in its profound exploration of the human psyche and the absurdity of life. Written in simple language and short enough to be read in one sitting, L’Étranger is ideal for improving your French and perfecting your sense of ennui.

4. Se Una Notte D’inverno Un Vaggiatore (If On A Winter’s Night A Traveler)

Italo Calvino’s 1979 mind-bending classic of postmodern fiction is one of those books that can commonly be found at the top of contemporary authors’ lists of “All-Time Favorites.” Suspenseful in content and groundbreaking in form, Se Una Notte D’inverno Un Vaggiatore seamlessly transitions between multiple perspectives and genres while investigating the unique power of literature. Bonus points if you can metafiction in multiple languages!

The Russian language is nearly synonymous with Great Literature, and Fyodor Dostoevsky’s Преступление и Наказание is its chief ambassador. Though it has been given many faithful translations into English, there is no better way to understand the depths of the “great Russian soul” than by reading antihero Raskolnikov’s internal struggle in its original language.

6. Widok z Ziarnkiem Piasku (View with a Grain of Sand)

No list of great world literature would be complete without poetry, and Polish Nobel Prize-winner Wisława Szymborska’s 1995 collection Widok z Ziarnkiem Piasku is as good as poetry gets. Through the course of these 100 poems, Szymborska contemplates the full spectrum of the human experience — from the most minute of happenings to the most extreme of feelings — while taking the Polish language to new limits of creative expression.

For these international best sellers in their original language and more, be sure to check out Strand Books. And remember: You shouldn’t worry about understanding every word on the page! The point is to absorb how the language works in a formal setting, and even if you don’t understand everything in front of you, you’re gaining invaluable exposure to how your new language functions. Reading in a new language is difficult at first, but with some perseverance (and perhaps a good dual-language dictionary), you’ll be shocked at how quickly you’ve become a master of both the spoken and written word. Happy reading!

This article was originally published on May 17, 2017 and has been updated.

The post 6 Works Of World Literature That Will Improve Your Language Skills appeared first on Babbel.