5 German Slang Words From The 2000s That Deserve A Comeback

The youth lol’t, checkt ein, checkt ab, gammelt hart and geht steil. Are these words familiar to you? If not, that’s probably because you weren’t a German-speaking teenager in the 2000s. Some of these once-popular German slang words have since gone dormant and vanished from use. But others became so popular that they made their […] 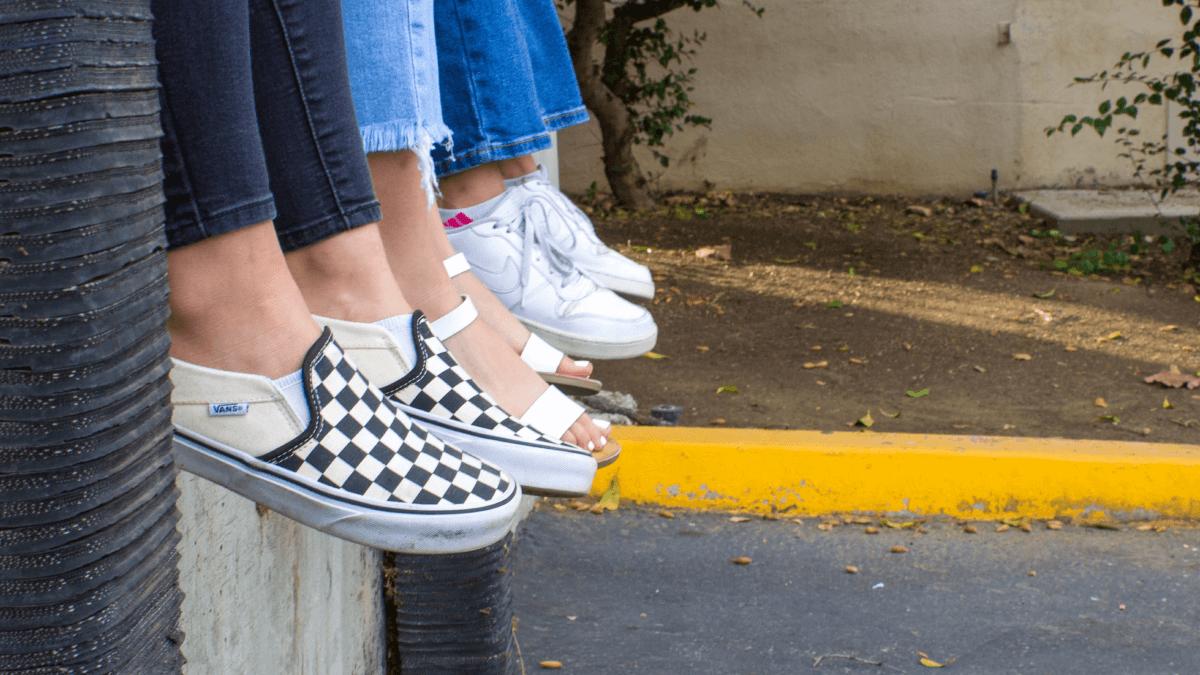 The youth lol’t, checkt ein, checkt ab, gammelt hart and geht steil. Are these words familiar to you? If not, that’s probably because you weren’t a German-speaking teenager in the 2000s. Some of these once-popular German slang words have since gone dormant and vanished from use. But others became so popular that they made their way into society-wide use and now lack their original youthfully expressive power.

So now it’s time to look back: What did people say back then, and which German slang words from the 2000s have earned the right to come back?

Teenage Slang And The Zeitgeist

The simple fact that beginning in 2008, Germany started recognizing the Jugendwort des Jahres — or “teen slang of the year” — shows the extreme differences between the way teens and adults use everyday speech. While adults generally express themselves according to social norms, the youth is often quite a bit more creative — and their use of language in turn creates the zeitgeist.

In the 1980s, when someone was wearing a rad leather jacket and some awesome Reebok Kicks? Oberaffengeil! If someone in the late 1990s scored dope seats at the Pearl Jam or Foo Fighters show? Ultrakrass! And yet every generation hears this from the older folks: “I do not understand a single thing these youths are saying.”

The following German slang expressions from the 2000s have hereby earned the right to return to everyday use.

Teenage German Slang From The 2000s

Knorke has been in circulation among the arts and cabaret set since the beginning of the 20th century. It developed in the Berlin language milieu and means something like “great” or “excellent.”

So how did it become so popular among teens in the 2000s? Possibly because of its throaty sound, but also possibly as a resistance to the encroaching Anglicisms in everyday German. To wit, at the same time, another expression took root that meant the same thing: All of a sudden everything was, as in English, “cool.” Pretty much no other slang has so successfully made its way into contemporary speech — indeed, “cool” remains in wide use and almost universally understood today, regardless of the speaker’s age, milieu or etiquette. Will knorke ever enjoy a similar resurgence?

Meaning: A German-ified version of the English “to chill,” chillen simply means “to relax, hang out, or be peaceful.”

Chillen grew up with the Millennial generation and has remained in use with relative stability. In the techno club’s heyday, you’d find a lot of people having gechillt in the so-called Chill-Out Areas. These were the spots where club-goers could hang out and listen to relaxing music. Thus, though chillen has remained, the participle gechillt has faded into a niche subcultural term.

As it does in English, the expression basically just means “hanging out with no pressure and relaxing.” And though the expression originates from a decade of wild raves, it’s more appropriate than ever. After all, it’s become far more desirable to seek out inner peace.

Meaning: person whom you adore or are infatuated with

Today even Germans have, as in English, einen Crush, but back then it was einen Schwarm.

What makes this word worthy of a resurgence? How about all the common German slang expressions that it inspired? With schwärmen or Schwärmerei, a German is describing that crushy feeling: Butterflies in the stomach, flushed cheeks and that feeling of someone “on the brain.” Someone who is schwärmend walks through life with a sympathetic but ridiculous permanent grin, almost as if they’re floating two centimeters off the ground. Even when the feeling’s not reciprocated, the Schwärmerei remains. Then everything remains a daydream — but the word still sounds lovely and nostalgic.

Meaning: A portmanteau, or combined word, from grüßen (to greet) and kuscheln (to cuddle).

In the 2000s, the first generation of alleged “digital natives” made their debut on the internet. At the time, in the German-speaking world, “social media” consisted of portals such as SchülerVZ or StudiVZ (no Facebook yet!). On Twitter you only had 160 characters, and if you wanted to share photos you made a digital album, not a curated Instagram feed.

This exciting new world also brought with it a whole new nomenclature: Gruscheln, for example, meant innocuous platonic physical contact with friends or new acquaintances. However, unlike its function, the origin of the word gruscheln remains unclear. Did it originate in schoolyards, university cafeterias or online groups? Or did it emerge because if you had a Schwarm, you would almost certainly make first contact with them digitally? Speaking of Schwarm…

Meaning: Another word borrowed from English, this time short for “imbalanced,” meaning “too strong, or stronger than anticipated.”

The expression imba comes from the video game World of Warcraft, and it refers to unequal power abilities between two parties — which makes fair play impossible. In the more general sense, it means “too strong” or “stronger than anticipated.” The current zeitgeist actually reveals itself in the term imba: The word expresses the hopelessness of a situation and pays respect to an almost insurmountable foe. 2020 war einfach imba. 2020 was just out-of-control difficult.

Was that too much for you? Too 2020? It just goes to show how idiosyncratic teen slang really is.

It also reminds us to listen carefully to the way teens talk — and not just so that we can actually figure out what they’re saying. It’s also important because the way teens appropriate, recycle or exaggerate language reveals a great deal about the zeitgeist and the lived culture in a specific country or linguistic community. If you take a closer look at the German slang of the 2000s, you’ll understand more about the thoughts and feelings of that generation. And the same is true of learning a new language!

This article originally appeared on the German edition of Babbel Magazine.

The post 5 German Slang Words From The 2000s That Deserve A Comeback appeared first on Babbel.