The 11 Best Italian Idioms And How To Use Them

If you’re a language aficionado madly in love with the pure joy of ars oratoria (the art of speaking), then you probably know when to appreciate a good idiom. It’s easy to be mesmerized by the fascinating (and often untranslatable) sayings found in other languages. Italian, world-famous for its musicality and expressivity, certainly has its fair […] 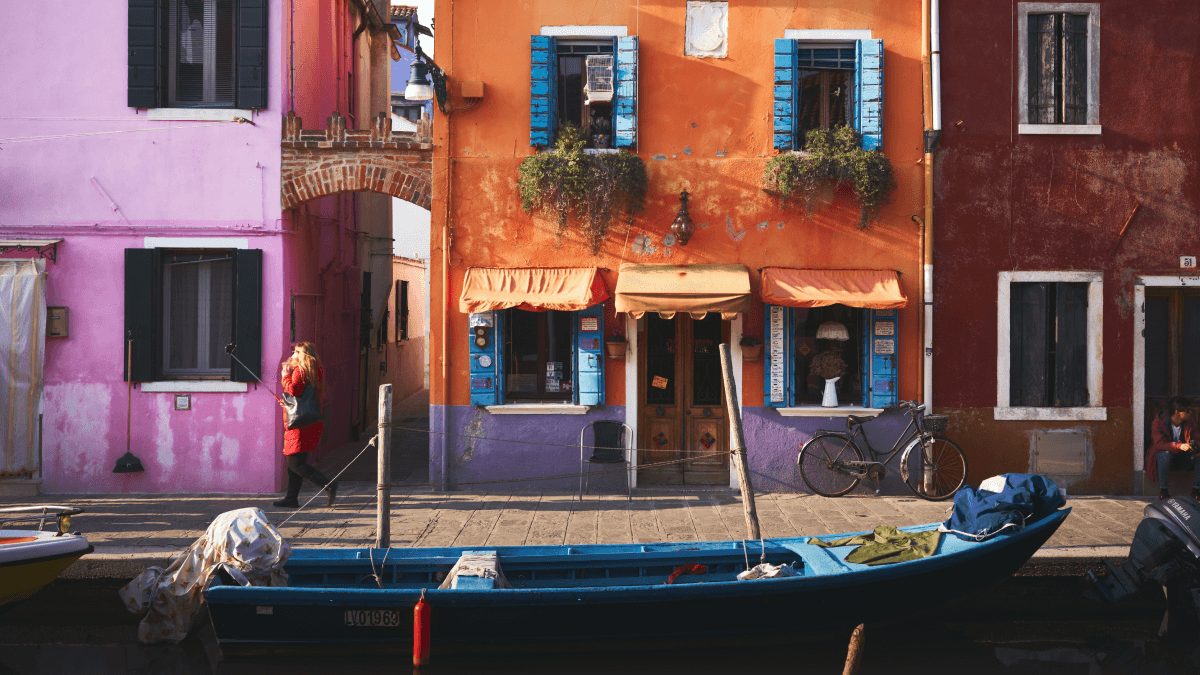 If you’re a language aficionado madly in love with the pure joy of ars oratoria (the art of speaking), then you probably know when to appreciate a good idiom. It’s easy to be mesmerized by the fascinating (and often untranslatable) sayings found in other languages. Italian, world-famous for its musicality and expressivity, certainly has its fair share of quirky expressions. Let’s take a look at our favorite Italian idioms that are sure to come in handy — non ci piove!

Meaning: to sit on your hands and do nothing (lit. “to hold your hands with your own hand”)

If you’re at least a little bit familiar with Italian body language, you will immediately understand why this expression has a negative connotation. Can you imagine how frustrating it is to stay still while speaking a language that relies heavily on animated hand gestures?

This Italian idiom is used to address someone who does nothing while everyone else works.

You can also use this phrase to highlight someone’s poor manners. When a friend shows up holding their own hands instead of something nice (a gift, some food, that one book they borrowed years ago), feel free to whip out this expression.

Meaning: there’s no doubt about it (lit. “it doesn’t rain on it”)

The weather is a favorite topic for small talk, even in sunny-coasted Italy, and moods tend to drop when skies are overcast. Put two and two together, and you’ll probably understand why there are so many Italian idioms related to weather.

Ending a discussion with this Italian expression means you’re confident that what you just said can’t possibly be up for further discussion.

Meaning: when it rains, it pours (lit. “it rains on wet ground”)

Speaking of rain, let’s move on to this next Italian idiom, often used to describe an unfair or paradoxical situation that’s unlikely to change. For example, when someone rich wins the lottery, or when someone unlucky receives yet another piece of bad news.

Meaning: keep that to yourself (lit. “[Keep the] water in your mouth!”)

If things weren’t humid enough, here’s another water-drenched Italian expression for you. Everyone gossips — non ci piove! Be very careful about revealing your sources, though; nobody wants to be blamed for talking about other people’s business. Every time you talk about something sensitive, make sure your conversation-partner won’t blow your cover. Acqua in bocca is what Italians usually use to warn you that what they’re saying is for your ears, and your ears alone!

Meaning: you can’t keep your mouth shut (lit. “you’re not able to keep a chickpea in your mouth”)

You’ll hear this Italian idiom when you haven’t, well, kept the water in your mouth! Was it really that difficult to swallow a tiny chickpea and keep that bit of information to yourself? Why did you let it out?! The questions are endless.

Meaning: please return this thing to me (lit. “its name is Pietro and it has to come back”)

Some people are very possessive of their books. Don’t be surprised if they give you an unforgettable “return to owner” warning before giving away one of their cherished paperback offspring (and don’t even think about showing up holding only your hands when your loan expires!).

This Italian expression, often shortened to just Pietro, works because the name rhymes nicely with indietro (back). English doesn’t really have its own equivalent, so here’s an acceptable translation instead: “Its name is Jack and it has to come back!”

Meaning: to make no bones about something (lit. “to have no hair on your tongue”)

No, this Italian idiom isn’t used to describe someone who’s particularly attentive to oral hygiene. People “without hair on their tongue” are not afraid to be honest, even if they run the risk of offending someone — their mouth doesn’t have a filter for their thoughts, so to speak.

Similarly, Italians also say non le manda a dire (lit. “he doesn’t send someone else to say things on his behalf”).

Meaning: you’ll get over it (lit. “a nail drives out another nail”)

If you ever break up with someone and ask for advice from a wise Italian nonna, you’ll hear a phrase that goes like this: “Chiodo scaccia chiodo!”

In other words: You’ll forget about this nasty, rusty nail because very soon a new shiny one will replace it! This encouragement is normally used for painful love affairs. But as far as Italian idioms go, this one is pretty versatile. It can be leveled at anybody who’s trying to come to terms with something difficult (a job, a fight, a friend who still hasn’t returned that book).

Meaning: to be mad as hell (lit. “to have a demon for each hair”)

Is there anything better to describe the look and mood of someone so furious? This person is not simply as angry as a demon, nor do they simply have one sitting on their shoulder. To explain this amount of rage, why not involve a whole horde of nasty demons ready to whisper bad advice and evil things into your ears? How many, you ask? As many as you have hairs on your head!

Now imagine the scene, and tell us if you can find a better expression!

Meaning: Look who’s talking! (lit. “Look from which pulpit this sermon is coming!”

Religion, as you might know, is a big deal in Italy — people from older generations still tell stories about being terrified by Sunday sermons. Why? Back in the day, it was very common for priests to expose their parishioners’ sins during the omelia from the pulpit. They didn’t name any names — the secret of confession is “safe,” after all — but they certainly knew how to make it clear who they were talking about.

This Italian expression carries a truckload of emotional baggage and it’s one of the worst things you can say to describe a hypocritical person. A rich and greedy man laments that poverty is a huge global issue, and yet does nothing to ease the woes of the poor? Look from which pulpit this sermon comes from!

If you hear an Italian talking about horses and battles, don’t be scared. They’re just bragging a little about their skills! After all, isn’t a battle horse the fittest, strongest, leanest one, the one you’d trust to save your life? Then, believe us, being able to recognize other people’s battle horses is certainly a good thing.

This Italian idiom is used to indicate someone’s forte (another Italian word!), and can be said in every context. If you’re not into horses, there’s another Italian expression you can use: punta di diamante (literally: “the sharp end of the diamond”).

The post The 11 Best Italian Idioms And How To Use Them appeared first on Babbel.