The Many Benefits of Being Bilingual

Learning a language is a little like going to the gym. Everyone says you should do it. You tell yourself you should do it. The difficulty lies in actually getting motivated to follow through — to sign up for that spin class, to hit the weight machines, to open your language-learning app. But here’s the […] 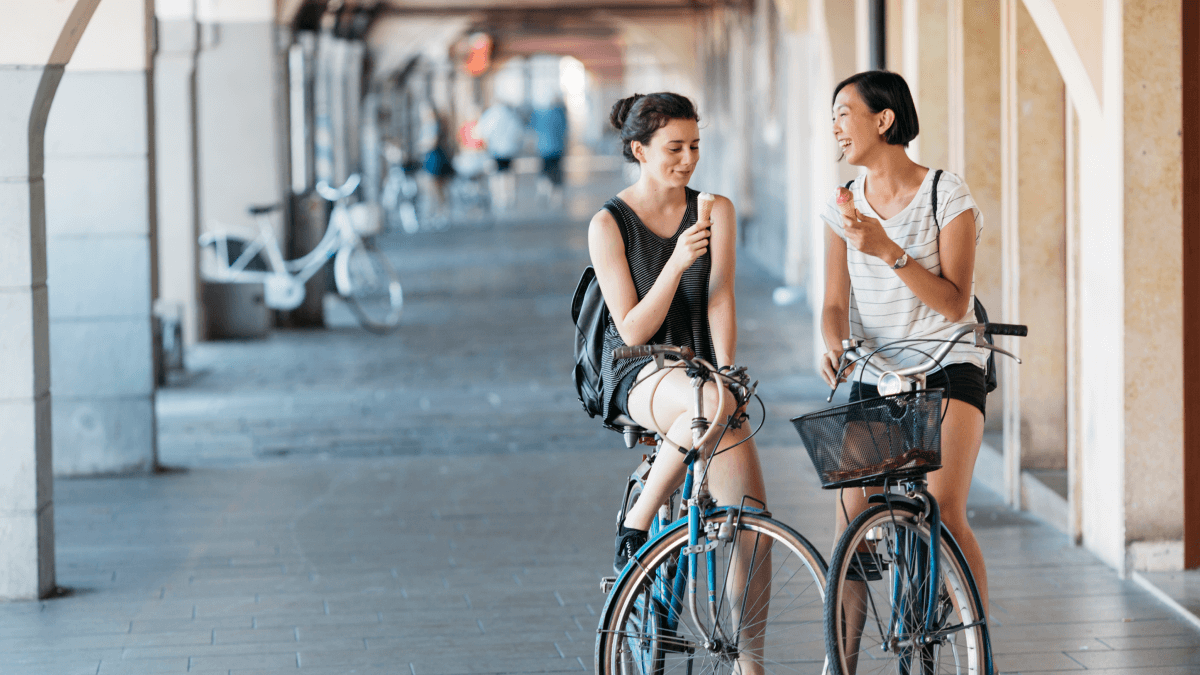 Learning a language is a little like going to the gym. Everyone says you should do it. You tell yourself you should do it. The difficulty lies in actually getting motivated to follow through — to sign up for that spin class, to hit the weight machines, to open your language-learning app. But here’s the difference. Your motivation for going to the gym is clear: You want to lose weight, destress, gain muscle, or simply stay healthy. Language learning can be more abstract. Why should you bother going through the effort of learning a new language? What’s really in it for you? The goal of this article is to bring your motivations into focus and to outline the ways bilingualism can improve your life and the lives of those around you. Without further ado, here it is: your comprehensive guide to the benefits of being bilingual.

Cognitive Benefits Of Being Bilingual – Training Your Brain

Fostering improved cognitive function is one of the fascinating ways language learning can cultivate a better you. Speaking a new language can be challenging, which is why mastering it is so good for your brain.

It all comes down to your brain’s executive functions — mental processes used in concentration and paying attention. Inhibitory control is one of these executive functions, and it involves controlling your thoughts and behavior in order to do what is necessary or appropriate, rather than reacting based on old habits, conditioned responses or external lures. For example, it helps us suppress the urge to touch a particularly appealing sculpture in a museum or to curse when we hurt ourselves in the presence of a child.

Inhibitory control is what enables a bilingual individual to effortlessly switch between languages. When asked a question in their secondary language, they may impulsively want to answer in their native language, but their brain can override that impulse and instead answer in the language appropriate for the situation. The anterior cingulate cortex (ACC), located in the brain’s frontal lobe, plays a key role in this process. And because bilinguals have to use their ACC a lot more than monolinguals, they often have significantly more gray matter in their ACC. In turn, bilinguals can more easily multitask, solve problems and focus on the task at hand.

That extra gray matter (or cognitive reserve) has another benefit as well: delaying the effects of dementia. A study by psychologist Dr. Ellen Bialystok found that bilinguals show symptoms of dementia four years later than monolinguals, all other factors being equivalent. The results suggest bilinguals have built up a cognitive reserve, which helps their brains compensate for mental decline for several additional years.

These studies suggest that bilingualism can provide a valuable form of protection for your brain in various situations, making cognitive agility one of the key benefits of being bilingual.

Financial Benefits Of Being Bilingual — The Payoff

From choosing a career to deciding whether to cook dinner or go out to eat, money is a common motivator in many aspects of our lives. And the bottom line is bilingualism can increase your bottom line.

These economic benefits of being bilingual can come in a few different forms. First, speaking a second language fluently opens up career opportunities that are unavailable to monolinguals. Translators, language teachers, and certain health care professionals are just a few of the occupations that require fluency in two or more languages. Even when applying for jobs in which bilingualism isn’t a necessity, your ability to speak another language will give you a leg up on the competition.

A second financial benefit affects you more directly — by increasing your pay. According to one analysis, bilingual employees make between five and twenty percent more per hour than monolingual workers. It’s a wide range that varies depending on the languages you speak and the field you’re in, but even on the conservative end, that wage bump adds up over time.

Lastly, research suggests thinking in a second language can lead to smarter financial decisions. A study from the University of Chicago discovered this link: “Using a foreign language reduces decision-making biases,” which can lead people to be less risk-averse in their investment and savings choices.

“We propose that these effects arise because a foreign language provides greater cognitive and emotional distance than a native tongue does,” the researchers wrote in their report.

Interpersonal Benefits Of Being Bilingual — Becoming A Social Butterfly

If getting smarter and making more money doesn’t do the trick, perhaps the opportunities for social connection will motivate you to learn a new language. Humans thrive off of interpersonal relationships, and bilingualism opens the door to countless additional connections.

On a basic level, speaking another language can help you connect with members of your community and sometimes even family members. The evidence in this area is mostly anecdotal, but it makes sense that being able to speak with people you wouldn’t have been able to communicate with before would allow for social growth. Maybe your hairdresser speaks a different language much more fluently than English. Being able to have a conversation in their native tongue would not only help you better explain the hairstyle you want, but would also enable you to forge a closer friendship with them.

Let’s take these friendships one step further and get to the good stuff: romance. Bilingualism can turn your dating pool into an ocean. It gives you the opportunity to meet and chat with lovely people who happen to speak a different language. But being bilingual can also help you step up your romance game in another way. A Babbel survey found that 71% of Americans and 61% of Brits believe speaking more than one language makes a person seem more attractive. And 9 out of 10 people polled said they would learn a new language in the pursuit of love.

In addition to expanding your relationship opportunities, bilingualism can make your existing (and future) relationships even stronger. Another University of Chicago study measured levels of empathy in bilingual and monolingual children. About 75% of the kids who were bilingual (or had exposure to a second language) completed a task in a way that showed a heightened understanding of another person’s perspective. This natural knack for empathy is probably related to the cognitive advantages described in the first section. A strong mind gives you the ability to see things from someone else’s point of view.

Experiential Benefits Of Being Bilingual — Taking Travel To The Next Level

Traveling is an incredible way to explore other cultures and geographies, and if you have the opportunity to do so, take advantage of it. While it’s certainly possible to enjoy a trip to another country without knowing the language, being able to speak with locals can make a good experience unforgettable.

Imagine visiting Italy, for example. You don’t speak a lick of Italian. When it’s time to order dinner at a restaurant, you select a pasta dish with a familiar-sounding name. You make a wild guess on the wine. You say “hello” to a friendly-looking couple on the train, but they don’t speak much English so the conversation doesn’t go beyond a greeting and a smile. Or worse yet, you’re met with a blank stare.

Now, picture this: You’ve learned some conversational Italian before you go. At dinner, you discover a dish that’s brand new to you — and it’s delicious. You’re able to study the wine list and ask the server for a recommendation. On the train you make friends with a genial couple, chatting with them in Italian and learning their favorite hidden gems in the city.

The post The Many Benefits of Being Bilingual appeared first on Babbel.