Italian learners struggle, but you wouldn’t necessarily know it based on all the talk of how easy they supposedly have it. Assuming we’re dealing with native English speakers, these hapless students are studying one of the easiest languages they could possibly be learning, and yet they’re still floundering in the haunting liminal space between words […] 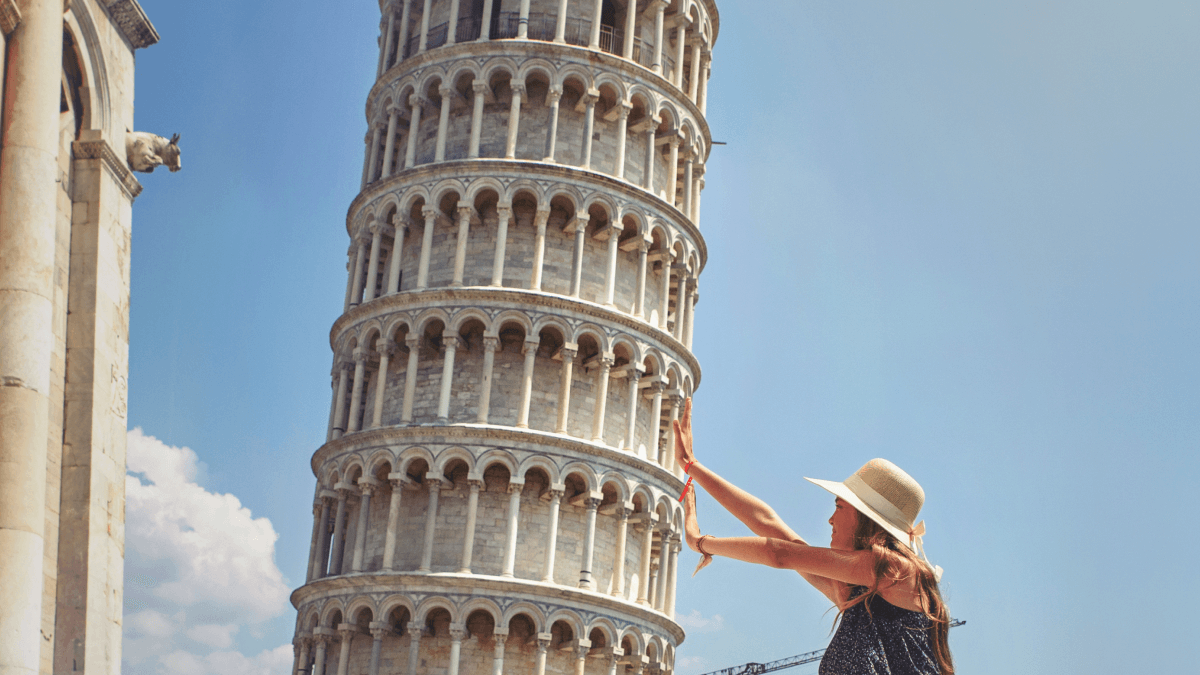 Italian learners struggle, but you wouldn’t necessarily know it based on all the talk of how easy they supposedly have it. Assuming we’re dealing with native English speakers, these hapless students are studying one of the easiest languages they could possibly be learning, and yet they’re still floundering in the haunting liminal space between words that sound almost exactly the same but mean two completely different things, like pesca and pesce.

If speaking with hand gestures still feels like the linguistic equivalent of tossing pizza dough unskillfully, you might be able to relate to some of this. If trying to figure out Italian prepositions feels as precarious to you as trying to navigate a narrow Termoli street corner in an SUV, this article is for you.

1. All it takes is one letter to lead to your utter demise

Italian has a lot of things going for it. For one, the pronunciation is pretty straightforward. When it comes to how things are spelled and how things are said out loud, what you see is almost always what you get.

And this, in a weird way, can trick some beginner Italian learners into thinking they don’t have to look that closely before they word vomit something they totally didn’t intend to. Italian is full of these pairs or triplets of “almost word twins” that are nearly identical in spelling, save for maybe a single letter, but disastrously different in meaning.

2. The prepositions combine with the articles sometimes, and you’ll mostly just have to guess when they do

We see you’ve met the prepositional articles. Yes, there are rules for when the preposition and article combine to form a new word. No, you can’t count on them at all, because there are just as many exceptions.

And just in case you thought prepositions would at least be straightforward enough on their own, you’ll have to memorize a different way of saying “I’m going to the __________” for pretty much every kind of place there is. You might be going somewhere, but it’s not anywhere far in your Italian studies.

3. Talk with your hands? More like talk to the hand

As we all know, Italian is a very melodious, expressive language. So expressive, in fact, that you have to put your whole body into it. But if you’re not used to using hand gestures when you speak, learning to do this in a new language can feel like trying to rub your tummy in circles while patting your head at the same time. And unless you’re fluent in hand-ese from the get-go, you risk potentially picking some serious fights you didn’t intend to pick.

4. The “Italian” you picked up from popular culture was a trap all along

If you’ve ever said Capiche? and the other person didn’t capiche at all, then you understand. A lot of the so-called “Italian” you might have picked up from, say, Italian-American culture doesn’t really register in Italy, and using it is a really good way to immediately out yourself as a bumbling tourist. Or wind up with a steaming cup of milk when all you wanted was a latte.

5. The verb forms, they are endless

Learning Italian is not just conjugating verbs forever until you die, but tell that to Italian learners who are just coming to understand that the most common Italian verbs are almost all irregular. Or that you have tenses and moods to consider in addition to conjugation patterns. You have moods too, but right now they’re not very pleased.

6. You can never figure out if it’s a soft or hard g or c

You thought Italian pronunciation was easy, right? So is it g like “grandma” or g like “genius”? Ghi and gi are not the same sound — that’s easy enough to remember. But what if the c or g is followed by an a or u? Or if there’s an i between the g or c and the following vowel? Do you even follow?

The Italian language is full of pronouns you may not have realized even existed, like direct and indirect object pronouns. They can also be placed before the verb, after the verb, or directly added to the verb itself. Basically anywhere relative to the verb, including inside the verb itself. Good luck remembering what goes where.

The post 7 Struggles Italian Learners Understand All Too Well appeared first on Babbel.