A Brief History Of Québécois (a.k.a. Canadian French)

In Québec, French is the mother tongue of around 7.3 million people. This means that almost 80 percent of the population are Canadian French speakers! (Another 8 percent are native English speakers, and the remaining 12 percent are “allophones” who speak languages other than French or English.) But if you thought the French spoken in […] 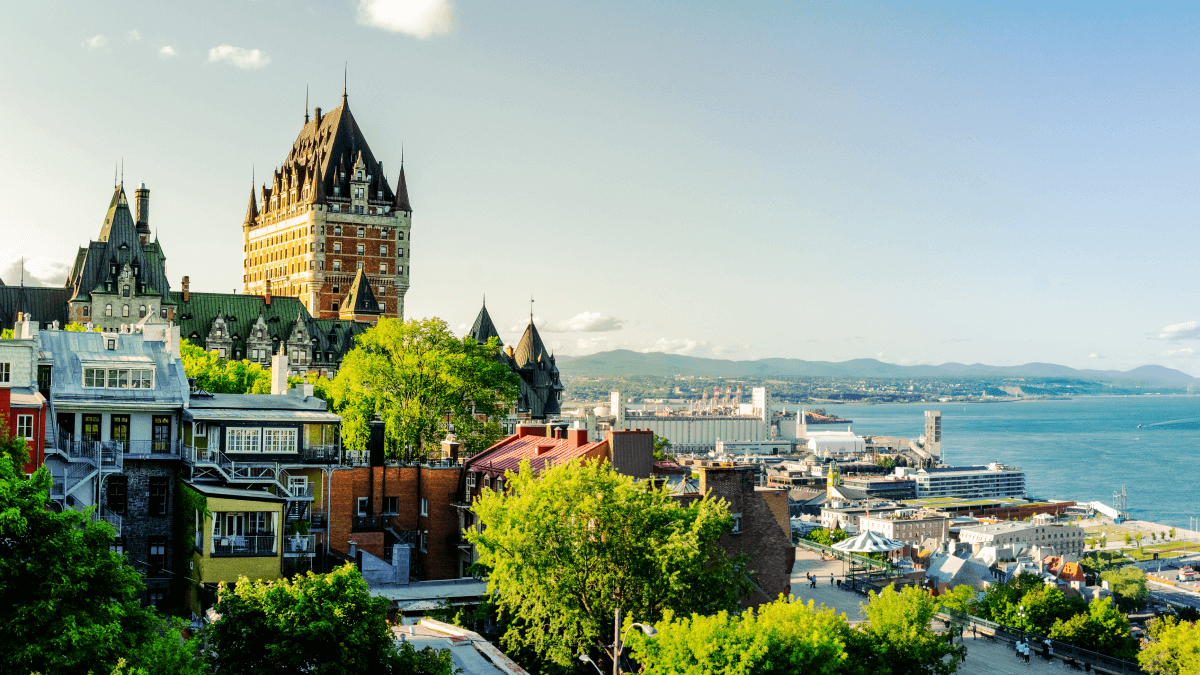 In Québec, French is the mother tongue of around 7.3 million people. This means that almost 80 percent of the population are Canadian French speakers! (Another 8 percent are native English speakers, and the remaining 12 percent are “allophones” who speak languages other than French or English.) But if you thought the French spoken in Québec is the same as the French spoken in France, you couldn’t be more wrong.

Québec French, or québécois, is a variety of Canadian French that possesses its own characteristics and words that exhibit its unique history. Let’s take a look at how québécois evolved throughout the centuries to become the language it is today. And if you’re feeling inspired, you can try your hand at a few juicy québécois words and phrases, too!

After the first European exploration of the Gulf of Saint Lawrence in 1534, France laid claim to the territory we now call Canada. Colonizers quickly established steadfast settlements, and French was imposed as the lingua franca to the detriment of indigenous dialects. After Britain captured Québec and Montreal, the British Crown took official control of New France in 1763. The French elite left the province, overseas trade ceased and the teaching of French declined, while an English-speaking minority came to rule over politics and the economy.

After the Canadian Confederation was established in 1867, Canadian French, which until then was a pretty standard mix of Parisian French and other France-based dialects, started to evolve more independently. At the end of the 1800s, industrialization prompted much of the rural population to move to (predominantly English-speaking) cities. Common French speech began to mingle with English. In time, this gave rise to joual — a derogatory term and corruption of the phrase parler cheval, or “to talk horse” — the language we now call québécois.

Political Recognition In The 20th Century

In the 1960s, an uprising known as the Quiet Revolution led to great social and political change. Language was at the heart of many debates. In 1974, French became the official language of Québec and was adopted in labor, commerce, administration and education. The Charter of the French Language, also known as Bill 101, was passed in 1977. Various institutions emerged, like the Office of the French Language, which worked with university researchers to create standards for québécois. It also produced numerous lexicographical works, such as a database of grammar and language tips called the Banque de dépannage linguistique, and a terminology hotline service.

Dissent over the varying forms of Canadian French in Québec began after the British conquest and intensified from the mid-19th century onwards. Some felt that québécois should align itself with the French spoken in France, arguing that the archaisms and anglicisms of the popular tongue were simply wrong.

Up to the end of the 1970s, the public broadcaster of Québec, Radio-Canada, was still trying to establish a “correct” standard of French — indeed, a non-joual dialect is still spoken in more formal contexts today. But the clock was ticking for elitist attitudes towards québécois:  Important figures in theater, such as Michel Tremblay, started writing plays in Canadian French. Gradually, the conventions of spoken québécois became accepted in literature, cinema and the media.

What Are Some Examples Of Canadian French?

Pronouns are also generally doubled in speech. Quand est-ce que vous venez, vous autres? sounds a bit like “When are you coming, you guys?” — except for that word endings are clipped, as in vous aut’ or c’est correc’. Just for fun, many speakers occasionally insert a “you” into a question, like c’est tu fini? (literally: “Is it you finished?”).

If you want to get a taste of Canadian French pronunciations, treat yourself to the creations of independent québécois filmmakers, like Denis Côté or Xavier Dolan. Or enjoy these short comedic sketches: Têtes à claques, Appendices or Solange te parle.

What About Québécois Expressions?

Like all languages, québécois reflects the passage of time and various historical contexts. Some expressions mirror the concerns of colonists from Northwest France, such as the use of maritime vocabulary. For example, you can embarquer dans une voiture (embark in a car) or couler un examen (literally, to “sink,” or fail, an exam).

The local climate has also inspired some fitting figures of speech, such as Accroche ta tuque avec une broche! (Fix your beanie with a buckle!). This is a warning to be alert, buckle up or get ready to run.

Another delightful québécois speciality is using sacre to curse: A sacre crisse (sacred Christ), câlisse (chalice), hostie (host) or tabarnak (tabernacle) will land you in a bunch of merde if you use them in the wrong situation. These words are reflections of the repressive role the Church played in Québec society from the 17th century until the Quiet Revolution.

The Thorny Question Of Anglicisms

For obvious historical and geographical reasons, Canadian French is filled with anglicisms, and they’re often quite old. Since the 1970s, English terms have been translated in a quasi-systematized fashion. Courriel is “email,” pourriel is “spam,” baladodiffusion is “podcasting,” a skateboard is a rouli-roulant and clavarder means “to chat.” Paradoxically, québécois is also filled with more current anglicisms. For example, “welcome” is used in response to “thank you,” as in C’est une bonne place, être dans le trouble, bienvenue! You’ll also hear watcher, truster and oh boy!, cute, y est fucké! (a very useful first phrase to learn).

The post A Brief History Of Québécois (a.k.a. Canadian French) appeared first on Babbel.