Rediscovering Polari: How This Gay Dialect Is A Map Of Forgotten Subcultures

What do words like fantabulosa, ferricadooza and ecaf have in common? For one, they’re all Polari words that have evident linguistic roots in other subculture dialects. Polari is fascinating for many reasons. This secret gay dialect is a map of culture, and although it has long since died out, it is an important part of […] 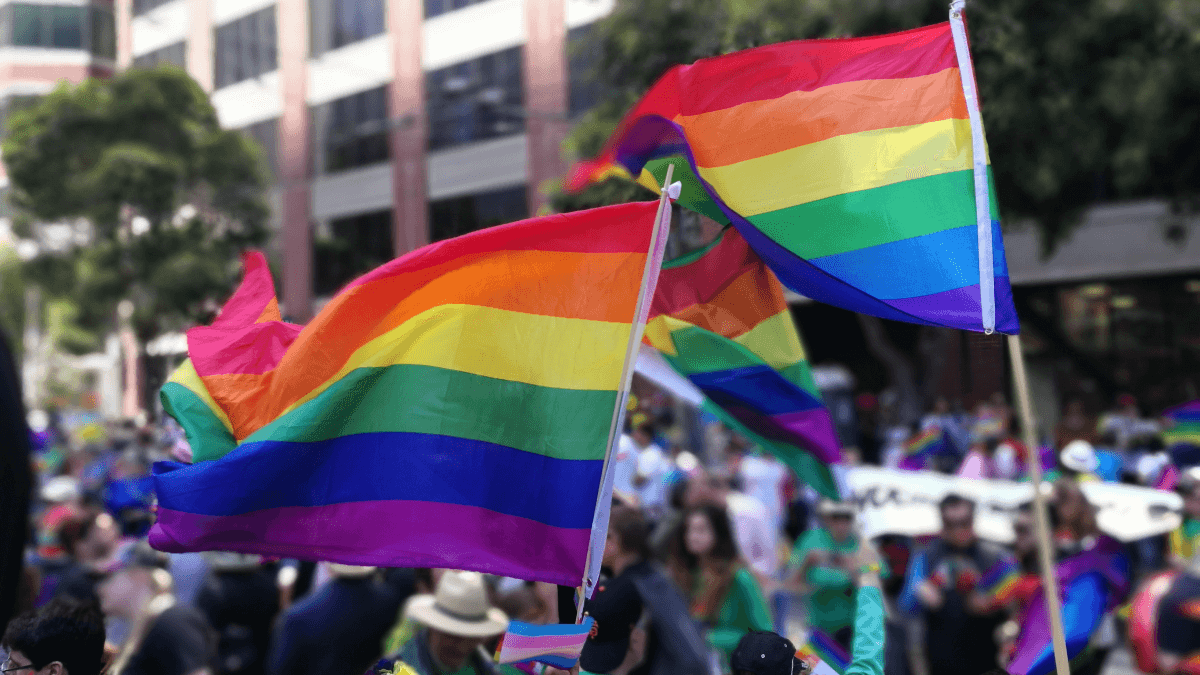 What do words like fantabulosa, ferricadooza and ecaf have in common? For one, they’re all Polari words that have evident linguistic roots in other subculture dialects.

Polari is fascinating for many reasons. This secret gay dialect is a map of culture, and although it has long since died out, it is an important part of LGBT heritage. But buried in the mechanics and etymology of Polari is a rich history of the subcultures from which it was born, offering us a rare and tantalizing glimpse of a thriving, forgotten time.

Polari was born from the fusion of many different groups: As traveling performers, merchant seamen, carnival folk, thieves, Romani people and others mingled together (as marginalized people often do), they exchanged words and naturally created their own dialect. As it was criminal to be queer, those with divergent sexualities also gravitated towards this scene.

Polari’s etymology is a map of these groups who lived on the outskirts of society. By looking at the origins of certain words, we start to get an idea of who these people were, how they interacted with each other, and why all these dialects fused together to become Polari.

For Paul Baker, who has spent many years researching Polari, the most important foundation is Parlyaree, a slang dialect from the 1800s. This was the language of fairground performers, prostitutes, buskers and others on the fringes of society: “They were a stigmatized group, traveling around or seen as criminal. They were all othered and they had to band together as a group outside the mainstream, so they had this language to show recognition, and protection as well.”

Travel was a huge factor in the mingling of these divergent groups — whether a thief, a wandering performer or a member of the merchant navy, Polari’s forebears journeyed from port to port, especially in the Mediterranean. Needing a language to communicate with each other, they cobbled together what they had, leading to the creation of slang dialects like Parlyaree and Lingua Franca, which was a pidgin used from the 11th to the 19th centuries.

At the epicenter of the Mediterranean, Italy formed the building blocks of these dialects, and also became one of the biggest influences on Polari. In fact, so many terms have their roots in Italian that Polari speakers needed to be careful when conversing in Italy. Baker recollects an anecdote of one of his interviewees from a time when they were holidaying with a Polari-speaking friend and dropped into a shoe shop:

“The man who was measuring their feet was really attractive, so they were talking about him in Polari… and he understood because Polari was so similar to Italian, so he said thank you! Everyone else in the shop understood too, and they laughed. And the man was so embarrassed that he ran out of the shop.”

A Map Of Meaning

By taking a closer look at the meanings of each word, and cross-referencing these meanings with the words’ origins, we can start to see how each culture influenced Polari, and what each social group gifted the language.

As the main building blocks of Polari, words that originate from Parlyaree have many different kinds of definitions and vary in complexity. Some phrases are imported directly from Parlyaree, like charpering carsey (police station), which is a compound noun from charper (to seek) and carsey (house). Others are adapted or shortened, with new definitions ascribed to them. Such is the case of jarry, a Polari word for oral sex that comes from the Parlyaree munjaree (to eat).

Although there are a wide variety of Parlyaree words, they tend to be very functional in nature, with lots of nouns and verbs. Polari also has a set of numerals, almost all of which originate from Parlyaree. From this, we can tell that Parlyaree was spoken every day in its height, perhaps even more so than Polari itself.

The Italian influence is obvious, not just in words like bagaga (penis), which is adapted from the Italian baggagio (baggage), but also in the linguistic affectations added to various words to make them sound flamboyantly Italian. Ferricadooza is a lovely example of this. Meaning “a knock-down punch,” ferricadooza contains the suffix cadooza, which comes from the Italian caduca (to fall), while ferri might have its roots in the Latin for iron (ferrous).

Another example is filiomi, one of Polari’s many terms for an attractive young man. Although it sounds like it might be an Italian word, it actually comes from figli (young boy) and has been adapted with a Polari flair. The same is true of fantabulosa, a compound of “fantastic” and “fabulous,” with –osa added for Romance language flavor.

Even more so than Parlyaree, the most functional elements of the language come from Thieves’ Cant, which is where we find general nouns like ken (house), brads (money) and bencove (friend), along with more thieving-specific terms like sharper (to steal).

Almost all the terms for policemen, crucial to ensure Polari speakers could warn and protect each other, come from Thieves’ Cant, Pedlars French and Parlyaree — essentially, all the groups that faced regular persecution for their activities. This makes sense, as Thieves’ Cant and Pedlars French were invented purely as secret codes so that their speakers could converse about illegal acts without being understood.

Polari’s roots demonstrate which groups engaged in what activities. For example, many terms for context-specific sex acts come from the nautical elements of Polari, picked up from sailors who served in the navy or merchant shipping. Here, we find phrases like trade curtains, referring to how sailors would hang a curtain around their bunks while having sex with each other, as they were often crammed in, eight to a berth.

Mingling with these well-traveled terms in Polari are plenty of British and London slang terms, proving the city’s multicultural history. Polari is littered with Cockney rhyming slang (like aris for “arse”/”ass”) or Victorian backslang (like ecaf for “face”) which roots it in London. And Polari also acts as a time capsule for older versions of English, with British slang terms that date as far back as the 14th century. Some of these terms, like bolus (chemist) or fambles (hands) no longer exist in British slang, surviving only in Polari.

Some words traveled a long way to arrive on Polari shores, like dhobie (to wash), which comes from the Hindi dhobi (washerman). There’s even a word from Tok Pisin, a creole spoken in Papua New Guinea, used in the phrase frock billong lallies (trousers). The Tok Pisin word billong means “to belong to,” so frock billong lallies can be translated as “a dress belonging to your legs” (lallies being a Polari term for legs).

It’s difficult to determine how these terms ended up in Polari, but this is evident of the ebb and flow of immigration, again demonstrating the importance of travel in the formation of Polari.

As author Matt Houlbrook reveals in the book Queer London, how people learned Polari was related to the mingling of different social groups. People didn’t just learn it from their lovers and queer friends (although many people did learn it this way), but from other avenues, too.

“[John himself] learned Polari through the theater. Others, particularly around the docks, acquired their knowledge from the working-class milieu in which they moved.” Theater culture was a huge influence on Polari, as many of these men were entertainers, performers and actors, and theater slang in Polari usually refers to appearance or clothing, like muck meaning “make-up.”

All of this may seem very dry, but there’s a crucial lesson to be learned from any etymological study of Polari: Queer people are everywhere, scattered across the world’s surface and through its history. We have always been here. Polari is (or rather, was) a living history, a map of the subcultures that history so often forgets, offering us rare insight into exciting times.

But more than anything else, Polari and its colorful etymology is nothing less than LGBT heritage, a chapter of our past that teaches us more about where we come from — and gives us hope that no matter how bleak circumstances may seem, marginalized communities will always find each other, create culture and thrive.

The post Rediscovering Polari: How This Gay Dialect Is A Map Of Forgotten Subcultures appeared first on Babbel.