Language is so much more than a method of communication. It is a living history: of people, of culture, of the endless ebb and flow of humanity. Subculture dialects, in particular, are built from these histories. Though they might seem to be forgotten, they survive in the words that are incorporated into everyday slang. Such is […] 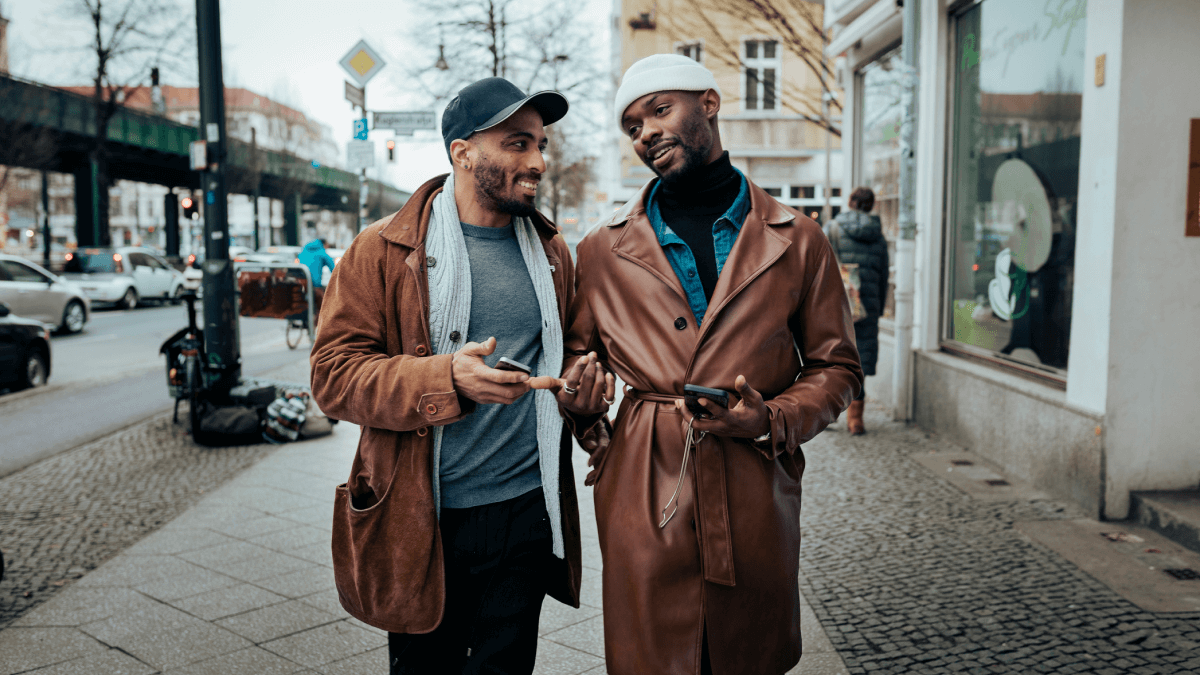 Language is so much more than a method of communication. It is a living history: of people, of culture, of the endless ebb and flow of humanity. Subculture dialects, in particular, are built from these histories. Though they might seem to be forgotten, they survive in the words that are incorporated into everyday slang. Such is the story of Polari, the secret coded language used by gay men in the UK from the 1920s-70s. A composite of Italian, French, Lingua Franca and multiple slang dialects, the language has seen a renaissance in recent years as young LGBT people are eager to learn Polari and discover their cultural heritage. With British slang and popular sex terminology owing many of their phrases to Polari, let’s look back at this chapter of queer history and how Polari helped create an authentically queer space.

Coming into its own in the late 1940s, Polari was the secret dialect of the underground gay scene, allowing men to converse freely about themselves and their sexual activities in a time when they could be imprisoned for their sexuality. In Queer London, a book documenting the history of gay culture in the city, author Matt Houlbrook describes Polari as “a way of creating a space in which to be queer,” and nothing could be more true.

Polari was simultaneously an identifier and a form of protection. In many ways it wasn’t just a dialect, but a crystallization of the culture itself. Gifting many of its terms to British, modern LGBT and mainstream slang, much of Polari’s vocabulary is about sex culture, from nouns for sex organs (like baggaga for “penis”) to terms for specific sex acts (like nosh for oral sex). It’s clear that those who would learn Polari would do it to have a way to discuss their sexual and romantic lives. But it wasn’t just about sex; speakers wouldn’t talk in English then switch to Polari simply to chat about their sexcapades.

In this way, it’s quite like modern LGBT terminology. We may have many modern terms for sex acts, but we also have vital self-identifiers and plenty of culture-specific slang terms that we use for joking around and bonding — and there’s no better example of this than modern drag slang, much of which owes its roots to Polari.

When we examine Polari itself, thanks to Baker’s painstakingly compiled dictionary, we can see exactly what he means. There are a lot of words that describe general appearance (like riah for “hair”) and clothing, which underscore the importance of appearance in this culture. There are also plenty of adjectives for evaluation and judgement — naff is particularly interesting as an evaluator, as it means something that is both tasteless and inherently heterosexual, like a garden gnome. (I would personally be in favor of using this term to mean “tastelessly heteronormative” again!)

In this way, we can see how the culture is built right into the language. Let’s take it one step further and break down an example sentence (and maybe learn Polari in the process):

“Oooh, vada the lally-drags on that omee. Very sheesh!” Vada means “to look,” and it’s an old Lingua Franca word. The Parlyaree (another secret language, and a precursor to Polari) omee means “young man” of the speaker’s social set. Lally-drags are trousers, and sheesh — adapted from the French chichi —  means showy, overly affected and gay. So a translation would read, “Oooh, check out the trousers on that guy. Very fussy!”

Here you can see how much meaning is lost in translation. The English version of the sentence doesn’t establish that the subject is part of the speaker’s social group, for example. “Fussy” also lacks the nuance of sheesh, an adjective that describes the trousers both visually and culturally, because if something is sheesh it is also inherently gay.

The Culture Of Polari

The culture that surrounded Polari is fascinating, and thanks to Baker’s research, we have an insight into what it was like to be a speaker of the language. In the five years he took to investigate and learn Polari, Baker discovered that the dialect was constantly creating itself through the culture as speakers competed to prove their wit. Baker explains how wordplay was a crucial element of how Polari was used:

“If you were having a fight with somebody in a bar or in a pub, they’d do it in Polari, almost as a form of entertainment. There was a competitiveness about who knew it best, and how you could use it in a way that was clever by putting new words in and constructing funny new phrases.”

We can see this clash of wits reflected in the language itself. There are lots of compound nouns built, lego-like, from other parts of Polari’s vocabulary. Ogle riahs is made up of ogle (eyes) and riah (hair) — together, the new noun means “eyelashes.”

This compound noun stretches across different etymological roots: While ogle originates in Thieves Cant, riah is Victorian backslang (it’s literally “hair” backwards). Therefore, we can tell that this little turn of phrase was generated by Polari speakers after the words “ogle” and “riah” were cemented as part of Polari’s vocabulary. This cobbled-together term may have been invented to get a laugh out of someone — “eye hair” is pretty ludicrous, after all.

Polari speakers extended this wordplay even to their oppressors, with words like Lily Law for the police. “The words for the police are very camp, feminized, like drag queen names. It’s that level of making fun of the oppressor.” Humor wasn’t just a defense mechanism, but a crucial part of Polari culture, as Baker explains. “There’s a Polari word, bold. It’s a mixture of [being] brave and flamboyant and not caring. Even if [Polari speakers] weren’t very political, their very existence was a political act. They were going to keep being exactly who they were.”

Of all Polari’s offerings, bold is one of the richest, most fascinating terms and it’s very indicative of the culture. We could say that to live boldly is to be unashamed of who you are, and in this way, the modern LGBT use of “pride” is similar. Yet, bold is inherently linked to Polari culture’s celebration of flamboyance, joy, fashion and performativity — and to living openly and authentically in the face of oppression. While it’s sad that the modern LGBT community no longer uses this specific term, we can still see this attitude in the queer scene today.

Polari is culture crystallized — it offers a window into this chapter of queer history and is therefore crucial in terms of LGBT heritage. As the LGBT community expands, it’s important that we know what’s come before, learn and gain strength from the cultures of the past, and respect those who defied oppression before us. But more than that, LGBT culture owes so much to Polari because it gave us so many of the words we use to talk about ourselves: butch, camp and even drag queen* got their queer-specific meanings from Polari.

If Polari proves nothing else, it’s that we need language to define and create ourselves, to give us a space in which to exist, terms to identify with and a code with which to find others like us. Polari gave us the building blocks of a community. Queer London puts it very well: “By mapping the cultural organization of queer urban life, this vocabulary allowed queans to talk about a world that was their own.” They gave themselves identity and created culture through their language — and their culture created the language right back.

* Although the term “drag” (meaning men dressing in women’s clothing) dates back to 1800s theatre terminology, by combining it with the word “queen” or “quean” (which was a self-identifier for gay men in London in the mid 1800s-mid 1900s), Polari speakers created the current meaning of the term “drag queen”: Queer men/people who dress in women’s clothing for entertainment.