From Milan To Naples: Italian Dialects In Music

Anyone who has been to Italy, even just once, knows to what extent it’s a country of dialects, and not just because there are so many. In some regions in particular, dialects are widely spoken. Across the country, regional expressions to a certain extent are often sprinkled into conversation. This linguistic variety also characterizes the […] 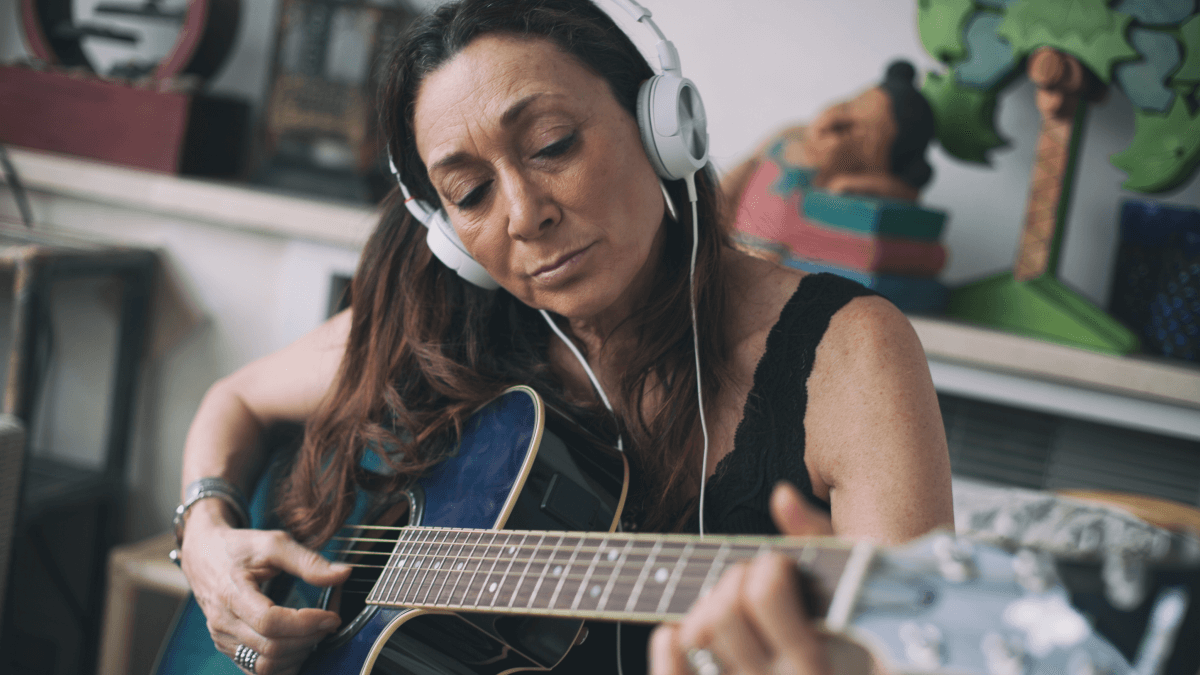 Anyone who has been to Italy, even just once, knows to what extent it’s a country of dialects, and not just because there are so many. In some regions in particular, dialects are widely spoken. Across the country, regional expressions to a certain extent are often sprinkled into conversation. This linguistic variety also characterizes the musical catalog of a number of current and past Italian singers, making them an entertaining way to get closer to the local dialects from different regions. One thing is certain: Italian dialects in music are an important part Italy’s cultural heritage.

If you’re just getting started learning Italian, it can be hard to figure out where to get started listening to Italian dialects in music. To help you out, we put together a guide to some of the most popular acts through the decades. You can click on the various links before for YouTube videos of various songs and performance, or you can check out the playlist below with most of the songs we talk about throughout.

Let’s start with the region where music and dialect are most often mixed — Campania. This is the region where one of the most emblematic people in Italian music was born, Nino D’Angelo. Jammo Jà (“Let’s go”) is the name of a song he performed at the 2010 Sanremo Music Festival in a duet with Maria Nazionale. But it was in the ’80s when he did his best work with the iconic hit Nu jeans e ‘na maglietta. “Nu jeans e na maglietta / ’na faccia acqua e sapone / m’ha fatte nnammura’ / ma tu me daje retta / dice ca si guagliona / e nun’ha tiene ancora / l’eta’ pe ffa’ ll’ammore,” sang the 63-year-old “scugnizzo” (the Neapolitan version of a street urchin) in this song, which also became a film. Can you translate it into standard Italian?

Naples is also where the late Pino Daniele is from. We recommend listening to his first album Terra mia (1977), where you can find the song Na’ tazzulella è cafè.

Daniele is connected to the works of James Senese and Napoli Centrale. The songwriter for Terra mia and Je so’ pazzo played in this group in 1978, and they received the 2016 Tenco Award (a prestigious award given to the best Italian singers each year) for best album in a dialect with ‘O Sanghe. If you don’t know that album yet, go give it a listen. It’s worth it.

Another musical icon from Naples is Enzo Gragnaniello. He’s an incredible songwriter, and we suggest the passionate performance of his song Cu’ mme’ with Roberto Murolo and Mia Martini.

But the list of artists from Campania who have chosen to sing in dialect is long, from Teresa De Sio to Enzo Avitabile, from Edoardo Bennato to his brother Eugenio, who participates in the Nuova Compagnia di Canto Popolare, an institution in the Naples music scene, with Peppe Barra and others. The latter has even appealed to young people by embracing diverse genres and styles, 99 Posse, Almamegretta di Raiz and 24 Grana in the ’90s; Chi more pe’ mme with Co’Sang; and more recently with the phenomenon Liberato. This rapper, whose identity is unknown, exploded in 2017 with the song Nove maggio (with subtitles here).

Rome can also take pride in a rich tradition of music in dialect, with roots reaching back to the Roman stornelli (simple, improvised poems from the 7th and 8th centuries). These include Roma nun fa la stupida stasera, Barcarolo romano and La società de li magnaccioni sung, among others, by Nino Manfredi and Lea Massari, Gabriella Ferri, Lando Fiorini and Claudio Villa. But to get more into the Roman dialect, there are two songs that are worth giving a listen: Nun je dà retta Roma by Gigi Proietti and Me ‘nnamoro de te by Franco Califano, from the popular album Tutto il resto è noia (1977).

That’s not all. You can also find typical expressions from the Roman dialect in Colle der Fomento’s hip-hop; in some songs by Mannarino (such as Me so’ mbriacato); in the album Roma è de tutti by Luca Barbarossa (check out Passame er sale); in the self-ironic song Testardo by Daniele Silvestri as well as in the work by the two folk rock groups Il Muro del Canto and Ardecore. More recently, Ultimo — a 25-year-old musician — paid homage to the Roman dialect with Fatemè cantà and Emma Marrone and Gianni Bismark with C’hai ragione tu: Me stai a di’ solo fregnacce, t’ho visto co’ quella, non vedi che è tutta moine, co’ te che c’azzecca?

And Milan? In the city of fashion, there are only a few older people who still speak the dialect, but some expressions are making a comeback. To discover a few, you can listen to Enzo Jannacci, especially his 1964 album containing one of his masterpieces, El portava i scarp del tennis. The song is a moving portrait of the life of a homeless person. Another band to listen to is I Gufi, a group Nanni Svampa was involved in, who not only produced an anthology of Lombardian music, but also translated the songs of George Brassens into the dialect of Milan, with interesting results. If you speak French, try comparing the text from L’era un bel fior and Une jolie fleur.

As for Giovanni D’Anzi’s Oh mia bela Madunina, the symbolic song of Milan from 1934, the song starts like this.

Staying in the North, our cultural journey of Italian dialects in music continues with the songs of Davide Van De Sfroos in a dialect spoken on the west coast of Lake Como. For example, the song Yanez, which came fourth at the 2011 Sanremo Music Festival. There are also several artists from Veneto, such as Pitura Freska, who came in 16th at Sanremo in 1997 with the antiracist song Papa nero (“Parché ‘se scrito, dito, stradito dai oràcoi ‘la piòvra perdarà i tentàcoi e cascarà i tabù col penùltimo Gesù e el sarà un òmo dal continente nero”).

In the South of Italy, the musical combo Sud Sound System is lighting up the dance floor in Apulia (the song Le radici ca tieni is quite catchy). Over in Sicily, there’s Cesare Basile with U fujutu su nesci chi fa?, the singer and trumpet player Roy Paci (here is his performance of the classic Ciuri Ciuri with Aretuska), and also Franco Battiato, whose 1979 album L’era del cinghiale bianco includes a song in the Catania dialect about love in time of war, Stranizza d’amuri.

Musical notes and dialects also combine in Disamparados, the album by the Sardinian group Tazenda, with a striking song that was performed in an Italian version at Sanremo the same year with singer-songwriter Pierangelo Bertoli. He recorded an entire album in 1978 in the Modena dialect titled S’at ven in meint (“What do you think about it?”).

Let’s not forget the masterpiece Crêuza de mä by Fabrizio De André from 1984, sung in the Genoa dialect, which comes from interaction between sailors and merchants on the Mediterranean and is therefore rich with Greek, French, Spanish and Arab influences. It’s a potpourri of cultures united by the “crêuza de mä” or “sea corridor” that the album is named after: this shows the song with the Italian translation.

This article was originally published on the Italian edition of Babbel Magazine.

The post From Milan To Naples: Italian Dialects In Music appeared first on Babbel.