The Good, The Bad And The Ugly: What US Soccer Culture Borrowed From The World

Soccer, or football as it’s known everywhere else, is truly the world’s game. 43 percent of the global population is interested in soccer, according to a 2018 report by Nielsen, making it the most popular sport in the world. The United States has been slow to jump on the global bandwagon, but the sport’s popularity […] 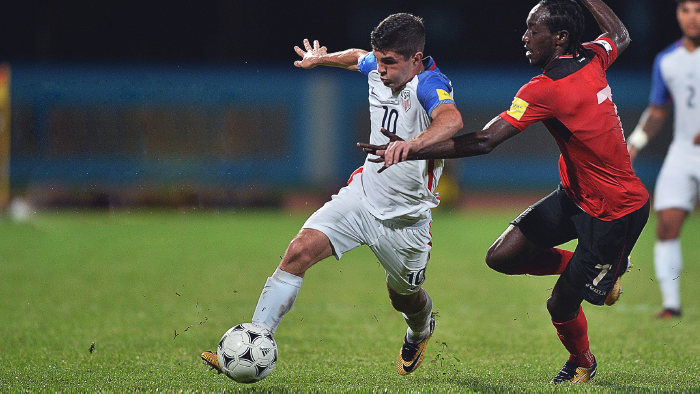 Soccer, or football as it’s known everywhere else, is truly the world’s game. 43 percent of the global population is interested in soccer, according to a 2018 report by Nielsen, making it the most popular sport in the world.

The United States has been slow to jump on the global bandwagon, but the sport’s popularity has been gradually increasing over the past few decades. What caused the surge of American interest? Hosting the 1994 FIFA World Cup certainly contributed, as did the inaugural season of Major League Soccer in 1996. Other likely factors include increased excitement surrounding both the men’s and women’s World Cups — and the nationwide facepalm in 2017 when the U.S. men’s team failed to qualify for the World Cup for the first time in 24 years, along with the decision of television networks to air English Premier League matches in the U.S. and the rise in youth soccer participation.

With the mounting popularity of soccer in the United States comes the need to form a distinct culture surrounding the sport. And, like much of the culture in this country, our soccer culture was largely borrowed from abroad. The result: a mixed bag of the good, the bad and the downright ugly.

The Good: A Cultural Exchange

Latching on to the most popular international sport brings a laudable dose of multicultural awareness and interest to the often isolationist United States. Soccer’s rise in the States has allowed for the adoption of language and cultural practices from other countries.

One of the most noticeable examples of this comes in the form of match-side chants. At a soccer match in the U.S. capital, for example, you could find yourself surrounded by D.C. United fans singing in Spanish:

Tenemos que ganar. (“Tonight, we have to win.”)

The “Vamos” chant, echoed in various forms throughout MLS fan sections, is a prime example of how foreign language can seamlessly become a part of American soccer culture. NYCFC (one of New York City’s MLS teams) fans also use a Spanish chant, in celebration of their striker David Villa. Villa is from Spain and when he played for Real Zaragoza, fans would chant: “Illa, illa, illa, Villa maravilla,” a play off of his name and the Spanish word for “wonder.”

Language isn’t the only byproduct picked up from overseas. The emulation of foreign traditions is another key piece of U.S. soccer’s newfound identity. A popular chant among D.C. United fans is “Wings of an Eagle,” a rather profane tune inspired by English Premier League teams’ “Wings of a Sparrow.”

But it goes beyond songs and chants. Supporters of the U.S. men’s team don thick scarves in a direct imitation of European style, and intentionally use British terminology, like “pitch” (field) and “kit” (jersey or uniform). Some U.S. fans have even joined the rest of the world in calling the sport “football.”

If you’ve seen the 2005 film Green Street Hooligans, you’ve gotten a (dramatized) glimpse of the U.K.’s sometimes violent soccer culture. England is particularly notorious for the fighting that often breaks out between rival groups of “supporters” — ardent fans of a specific team — but so-called “hooliganism” has become a troubling staple of soccer culture around the world.

In 2017, opposing fan groups in Croatia fought in the streets following a match. A disturbing video shows one fan trying to set a rival fan on fire with a handheld flare. In Denmark, authorities brought charges against dozens of men in the aftermath of violent clashes during a soccer match in Copenhagen.

Unfortunately, the American co-option of world soccer culture didn’t stop at harmless chants and knit scarves; hooliganism has also made its way across our borders.

USA Today sportswriter Nate Scott explains the general European population’s disdain for the cycle of violence and poses this key question: “Why on earth do American fans want to start this cycle here?” Scott attributes the rise of hooliganism in the U.S. to Americans’ misguided desire to make soccer more “authentic.”

The attempt at authenticity is having dangerous consequences. In 2015, fans of the New York Red Bulls and NYCFC were caught on video in a brawl on the streets of downtown Newark, New Jersey. Clashes broke out again between the two teams’ supporters in 2016, this time outside of Yankee Stadium. And a police officer in Orlando, Florida, was attacked while trying to break up a fight between opposing fans after an Orlando City Lions match in 2017.

Unfortunately, the American co-option of world soccer culture didn’t stop at harmless chants and knit scarves; hooliganism has also made its way across our borders.

New York Times writer Jay Caspian Kang describes what he witnessed when a group of supporters arrived at a Seattle Sounders match in 2016:

“Some wore bandannas over their faces; some held up flares of green smoke; the vast majority were white,” Kang wrote. “In throaty unison, they sang: ‘Take ’em all, Take ’em all, put ’em up against a wall and shoot ’em! Short and tall, watch ’em fall. Come on boys, take ’em all!’ Each phrase was sung with a disorienting British lilt.”

The violence in the United States hasn’t risen to the level of that in Europe yet, but as soccer grows in popularity here, the concern is that hooliganism may grow along with it.

The Ugly: Racism And Bigotry

Believe it or not, fights among fans aren’t even the ugliest aspect of soccer culture popping up in the United States. Racism has long been evident in the sport internationally, and the organization Kick It Out, which advocates against racism and inequality in U.K. soccer, received more reports of discrimination in the 2016-17 season than ever before.

In 2015, four Chelsea fans in Paris for a match against a local team shoved a black man off a train while chanting, “We’re racist, we’re racist, and that’s the way we like it.” At a Serbian championship match in early 2017, a Brazilian player left the field in tears after enduring racist abuse, including a chant calling him a monkey, from the stands.

This appalling behavior, though certainly not prevalent yet, is gradually creeping into U.S. soccer stadiums. Molly Lobell, who used to work in marketing for the MLS team FC Dallas, says she witnessed racism from fans after a player abruptly left the team to go play in Turkey. Lobell says the fans were very upset about him leaving.

“We had to tell them to stop chanting that or we’d kick them out.”

“They chanted during the games how we are better off without him, and that ISIS and terrorists will take care of him for us,” Lobell recalled. “It was terrible stuff, and we had to tell them to stop chanting that or we’d kick them out.”

There’s more than just racism at play. Chanting the Spanish word puto at members of the opposing team is a tradition borrowed from soccer matches in Mexico. It has become increasingly common at U.S. matches, which is raising some concerns about its homophobic and sexist connotations. The feminine version, puta, means “whore,” and puto translates to “a man who has sex with another man.” Using this as a derogatory name for a rival player suggests that the player is “not a real man,” and that not being a “man” is a bad thing.

There have been some efforts to combat racism and bigotry in soccer, both in the U.S. and abroad. In 2017, MLS launched their “Don’t Cross the Line” campaign, aimed at stopping racist, sexist and homophobic behavior at matches. Fans were encouraged to sign this pledge to take a stand against discrimination.

More recently, MLS released an updated Fan Code of Conduct in 2020 to reflect stricter rules and penalties around “threatening, abusive, or discriminatory” language, symbols, images and gestures at league events.

Internationally, the Union of European Football Associations introduced a “No to Racism” campaign and FIFA launched a “Say No to Racism” campaign. In addition, FIFA created a Task Force Against Racism and Discrimination in 2013, which has since disbanded, claiming that its work is done. Russia’s anti-racism inspector “confidently” told CNN there would be no incidents of racism at the Russian-hosted 2018 World Cup. (It’s not clear if any racist incidents occurred during the tournament, but there was certainly homophobia and nationalism.)

Racism, homophobia and violence aside, there’s something to be said for this truly international game becoming ingrained in American sports culture. When we broaden our area of interest beyond our shores, we can truly begin to appreciate what the world has to offer. Whether it’s through language or customs or winter accessories, a positive cultural exchange is a win-win.

The post The Good, The Bad And The Ugly: What US Soccer Culture Borrowed From The World appeared first on Babbel.