16 Useful German Phrases That You Need To Know

Nobody said learning German would be easy, but you can nail compound words, four different cases and complex grammar and somehow still be wrong. Why? Because that’s just not the way we would say that. On such an occasion, it’s understandable if you’d rather memorize a vast framework of phrases instead of learning to build […] 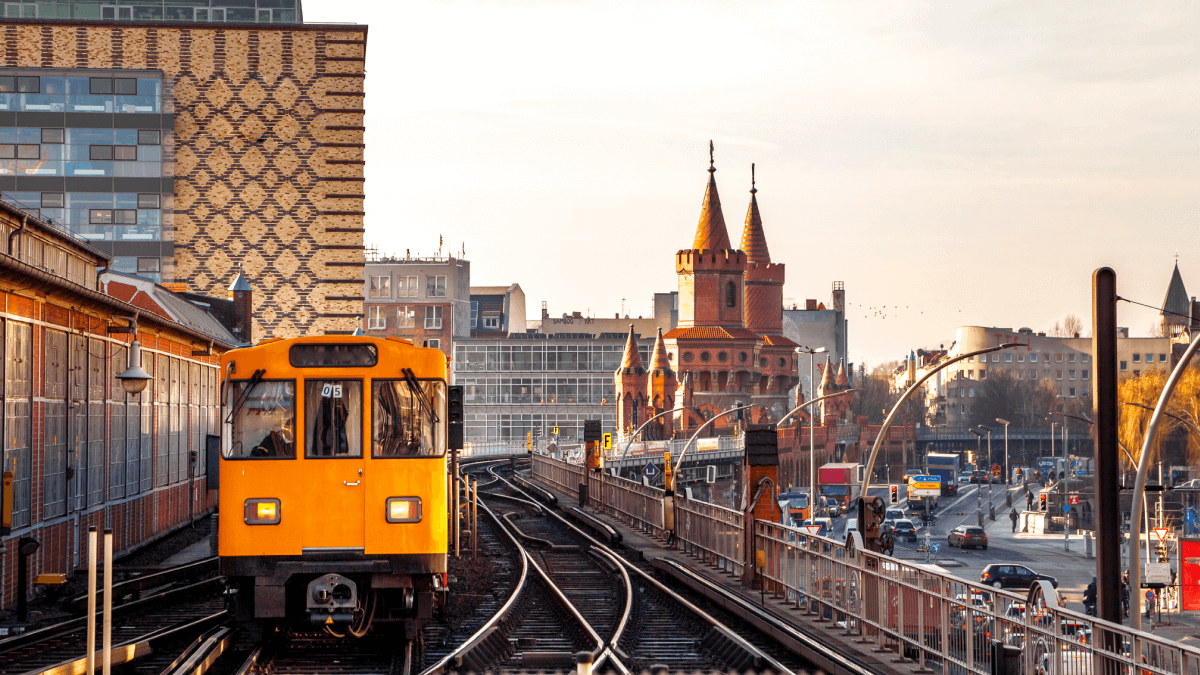 Nobody said learning German would be easy, but you can nail compound words, four different cases and complex grammar and somehow still be wrong. Why? Because that’s just not the way we would say that. On such an occasion, it’s understandable if you’d rather memorize a vast framework of phrases instead of learning to build the language from separate streams of grammar, vocabulary and syntax. We won’t recommend that route, lest your conversation auf Deutsch sound totally boilerplate. But we can get you started with a set of 16 broadly useful German phrases and idioms. German partner feeling down? Got a bad conscience? Need to offer somebody legal counsel? Marshal the following under all manner of circumstances.

German Phrases You Should Keep Handy

This was one of the very first phrases taught to me by a German speaker. On the U-Bahn for a night out in Kreuzberg, I don’t recall that either of us had a particularly guilty conscience about anything. Yet seven years on, I still remember where we were on the U7, stuck between the stations at Südstern and Gneisenaustrasse. Why this was the phrase she chose to start me off with, I’ll never know, but what a prescient choice! If, like me, you’ve been in the country for years and have a guilty conscience about your far-from-fluent language skills, now you can at least say so in German.

Going to a party but not sure if you want to stay? Uncertain about the future of a new relationship? Not sure how your soccer match is going to turn out? Originally attributed to the soccer player Franz Beckenbauer, this is a wonderful phrase for holding off on passing judgment or making a decision until you see what the general deal is.

Literally: It comes on on.
Meaning: It/that depends.

In case option number two on this list is a mouthful, here’s a shorter way to give an evasive, inconclusive answer.

Literally: You are an offended liverwurst.
Meaning: You are very sulky or pouty.

Guilty as charged! I learned this phrase from my German partner. And on my bad days, I am indeed a very sulky meat product entubed in an outer casing. But hey, at least my bad days are good enough for learning a new German idiom, and a funny one at that. I don’t even have a schlechtes Gewissen about it.

Literally: Yet! But! However!
Meaning: There is no single English word to sum up all that a good doch can accomplish. See below.

Within a conjunction, doch functions like “but” or “yet” (so essentially, it’s a filler word). As a complete German phrase all on its own, it’s the pithiest way to counter an assertive statement. For example: We’re on a train together. You think it’s running late. I don’t. You turn to me and say, We’re going to arrive late, aren’t we? Doch, I respond. My response counters your statement — I think we will be pulling into the station right on time. So much information packed into one little word: It’s beautiful, isn’t it? Of course, spend long enough near a playground and you’ll eventually hear children shouting Nee! Doch! Nee! Doch! at one another, the Germanic juvenile equivalent of an endless round of Is not! Is too!

If you want to sound like a local, you have to take your doch knowledge to the next level. What better way to do it than to call other people crazy? When old-timey sailors had to unwind a ship’s thick ropes, it was such a laborious undertaking, they would spin wild tales to one another. Today, spinnen applies to someone talking crazy. And while the phrase can be applied to all manner of issues and behavior that strike you as unreasonable, this is one of those German phrases that really shines when alluding to someone you believe is overcharging you.

Literally: That is but crazy.
Meaning: That is crazy.

It’s a wild world out there. No need to stop at one way to call something crazy when you can learn two. As with the previous phrase, here the doch is for emphasis. Throw this at batty situations and actions, as opposed to specific people.

Literally: I am happy to see you [familiar, familiar plural, formal] again.
Meaning: Same as above.

Once you’ve been around long enough, you’ll start racking up repeat visits to friends-of-friends, in-laws and other broader acquaintances you don’t see every day. Rather than getting off the train and immediately stumbling over your greeting to your German partner’s awaiting family, get this sentence down prior to arrival.

Literally: Until to on next time!
Meaning: Until next time!

Having arrived in style, you can also make your departure with a greeting that’s a step up from the standard tschüss.

This is a kindly way to see someone off. It works when saying farewell to a friend after you’ve met for drinks, and it also applies when a loved one is about to set off on a longer journey home.

Literally: Unknowledge protects against punishment not.
Meaning: Ignorance isn’t a shield against penalty.

Depending on what you did to get yourself into the aforementioned salad, you might also hear this phrase aimed in your direction. Yes, your bicycle is legally required to have a white front light and a red rear light. You do, in fact, have to validate your ticket on the U-Bahn. No, you can’t jaywalk in Germany. Unwissenheit schützt vor Strafe nicht.

Literally: In the big and whole…
Meaning: By and large…/On the whole…

This is a great clause for kicking off a considered but general statement. It also works well for “all things considered” or “generally speaking.”

Literally: I have no hunger.
Meaning: I can’t be bothered/I don’t feel like it.

Typically, the word Bock means “ram,” but this Bock stems from the Romani word bokh, which means hunger (similar versions of the word also exist in Greek, Polish and Russian). No matter what the proposed activity, when you have no Bock for it, you’re lacking in will or a general sense of get-up-and-go. On the other hand, Bock haben means you’re totally down!

There is no “War on Christmas,” and this is a longstanding, simple way to cheerily wish anyone and everyone happy holidays.

Literally: Don’t paint the devil on the wall!
Meaning: Same as above.

If you hear someone catastrophizing, warn them not to paint the devil on the wall. Making things out to be worse, or even worse, than they really are may just invite true calamity!

The post 16 Useful German Phrases That You Need To Know appeared first on Babbel.