7 US Athletes Who Speak Another Language

Becoming a great athlete is sort of like learning to speak a new language, but instead of studying vocabulary and drilling grammar, you’re working out and fine-tuning your game. Ascending to the level of stardom in any sport takes years of hard work and determination. Imagine dedicating your life to that endeavor, while also finding […] 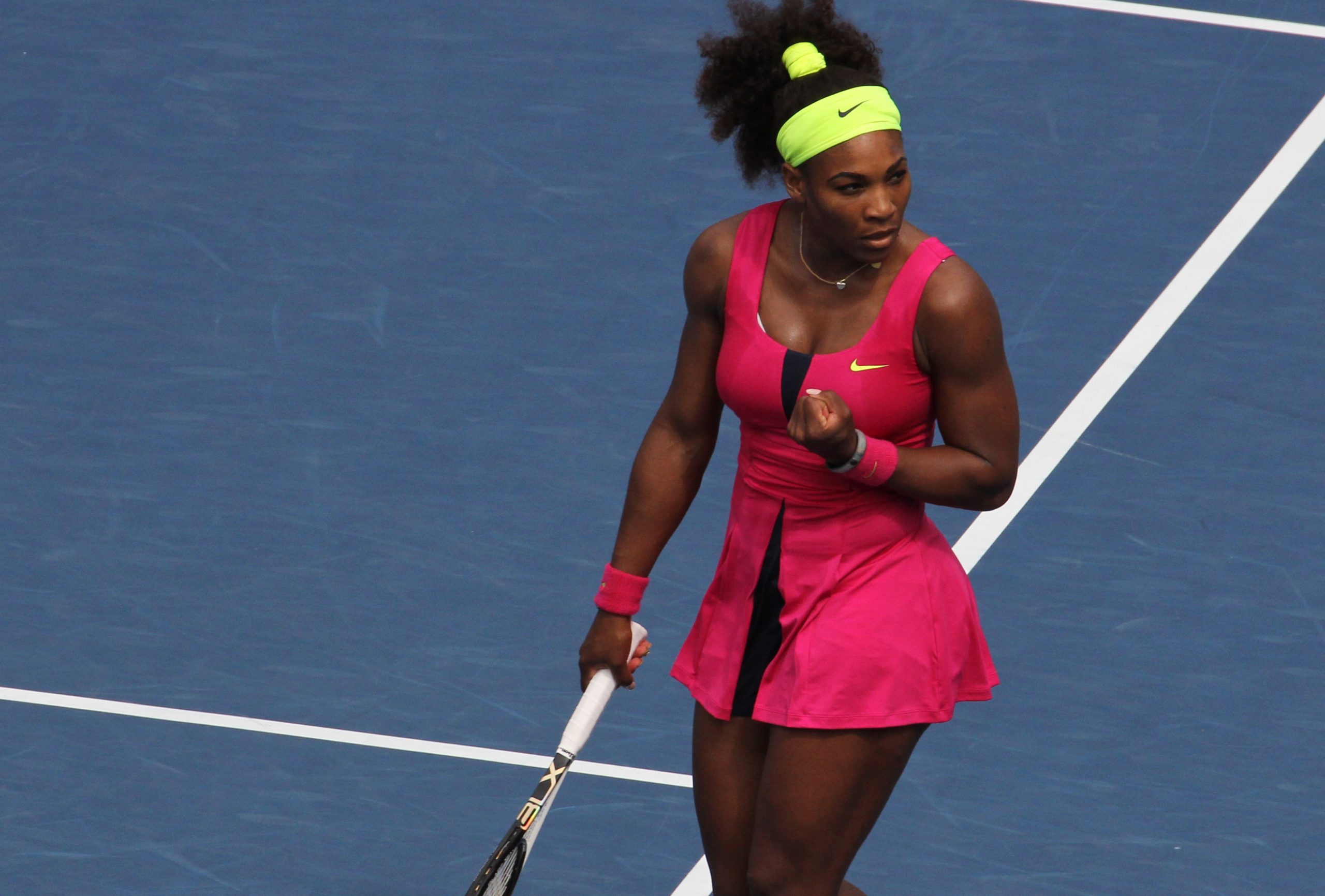 Becoming a great athlete is sort of like learning to speak a new language, but instead of studying vocabulary and drilling grammar, you’re working out and fine-tuning your game. Ascending to the level of stardom in any sport takes years of hard work and determination. Imagine dedicating your life to that endeavor, while also finding the time to learn a language. Some of the athletes on this list were raised bilingual, but many of them took the initiative to add language learning to their list of goals. Here are seven bilingual athletes who have achieved so much, in sports and in language.

7 Bilingual Athletes In The U.S.

Although still in her 20s, Gabby Douglas is a force to be reckoned with in the world of gymnastics. Douglas began taking gymnastics classes at age 6, and she was named a Virginia State Gymnastics Champion just two years later. Jumping ahead (pun intended) to the 2012 Olympics, Douglas took home two gold medals, one of which marked the first time a Black athlete won gold in the individual all-around event. At the 2016 Olympics, Douglas and her teammates won another gold.

So where does the Hebrew come in? In her memoir, In Grace, Gold, and Glory: My Leap of Faith, Douglas mentions that her family practiced Jewish traditions when she was growing up. Her mother and maternal grandmother were both connected to Judaism and studied Hebrew. It’s not clear where Douglas learned Hebrew, but she can read and speak it to a certain extent. She says her favorite book is the Bible and her favorite food is matzah ball soup.

After playing for the University of Florida Gators in college and winning the Heisman Trophy, Tim Tebow joined the National Football League in 2010. During his NFL career, he played quarterback for the Denver Broncos, the New York Jets and the New England Patriots. In a major career change, he then played professional baseball with the New York Mets for five years.

What you may not know about Tebow is that he was born in the Philippines to American parents, who were there as Baptist missionaries. When Tebow was 3, his family moved to Florida, but he returned to the Philippines many times on mission trips when he was a teenager. Tebow has mentioned his basic knowledge of Tagalog, the language of the Philippines, in interviews and has been heard responding to fans in the language as well.

Serena Williams is a big deal in the tennis world. She began tennis training when she was just 3 years old, and since then has won 23 Grand Slam singles titles, 14 doubles titles (with her sister Venus) and two mixed titles. Williams has also earned four Olympic gold medals, one in singles and three with Venus in doubles.

Bilingual athletes take note; on top of all of her athletic accomplishments, Williams is also multilingual. She has shown off her French and Italian skills on camera during speeches after international competitions. Reports say she’s also fluent in Spanish, but there doesn’t appear to be much evidence of this. Regardless, Williams has shown an affinity for language learning. In an interview, this was her response when asked why she decided to learn French:

“One of the reasons I learned French was I wanted to win the French Open, and I wanted to speak French when I won. The second was because, most African countries, the main language outside of their local language is French or English. So I figured: I know English, maybe I can learn French.”

Her sister, Venus, is also said to speak a number of languages, including French and Italian.

Considered one of the greatest American male soccer players, Landon Donovan started playing the sport competitively at the ripe age of 5. Fast-forward to the 2000 Olympics, and Donovan was 18 years old and playing on the U.S. Men’s National Team. Then he started his Major League Soccer career, playing for the San Jose Earthquakes and L.A. Galaxy. He led his teams to a total of three championship titles, while also making waves with the United States men’s national soccer team in several World Cups.

After retiring from soccer twice, Donovan played for Club León in Mexico, which he announced via Twitter. The tweet (which has since been deleted) was in Spanish and said, in part, “I don’t believe in walls, I want to go to Mexico, dress in green and win tournaments in Leon. See you soon.”

Donovan says he took Spanish in high school and spoke it on his club soccer team, which was primarily made up of Latinos. More recently, Donovan has given interviews in Spanish and even tried his hand at sportscasting in the language.

Canadian-born hockey goalkeeper Martin Brodeur’s illustrious tenure with the New Jersey Devils was years in the making. His father Denis was himself a goaltender and played on Canada’s 1956 bronze medal-winning Olympic team. The younger Brodeur said he made the decision to play in goal when he was 7 years old. He was selected by the Devils in the 1990 NHL Entry Draft and went on to play with the Devils for 21 seasons, helping lead them to three Stanley Cup championships.

Because he was born and raised in Montreal, Brodeur grew up speaking French. He only spoke a little English when he was young and didn’t become completely fluent until he moved to the United States and joined the Devils.

Brodeur left the Devils for the St. Louis Blues for one season in 2014-15 before laying down his goalie gloves for good. In his retirement speech, Brodeur primarily spoke English but broke into French when he was thanking his mother and late father for their support.

NFL quarterback Peyton Manning is one of the most recognized names in professional football, and with good reason. Manning played 18 seasons in the NFL, most of them as quarterback for the Indianapolis Colts. He later played a few seasons with the Denver Broncos, retiring in 2016 after leading the Broncos to victory in Super Bowl 50. Over the course of his career, Manning won five NFL MVP awards.

Perhaps more than any of the other bilingual athletes on this list, Manning used his language skills in his sport on a regular basis. Manning says he learned the basics of a form of Gaelic when he was young, primarily from his brother, Cooper, who’s “really into it.” Apparently, Manning would call out some Gaelic words and phrases at the line of scrimmage to communicate plays to his teammates. He explains his use of Gaelic in the video below, although it can be a little hard to tell what’s real and what’s just a joke.

Coming in at number three on the NBA all-time points leaderboard, Kobe Bryant was often considered one of the greatest basketball players in history. He joined the NBA straight out of high school and played 20 seasons with the Los Angeles Lakers before retiring in 2016. Bryant and his daughter Gianna were tragically killed in a helicopter crash in January 2020.

When Bryant was a kid, his family moved to Italy so his father, NBA player Joe Bryant, could play in the Italian League. They lived in Italy for eight years, and the younger Bryant became fluent in Italian while he was there. He has given a number of press conferences in Italian, including the one below. Bryant could also speak a little bit of Spanish.

The post 7 US Athletes Who Speak Another Language appeared first on Babbel.