Who Are The Most Multilingual Athletes In The World?

When we talk about athletes, we’re often focused on their batting average, their running speed, their weight class or their touchdown record. There’s more to the life of a sports star than measuring up against a set of physical stats, though. Whether through their own curiosity or through the necessity of playing a sport where […] 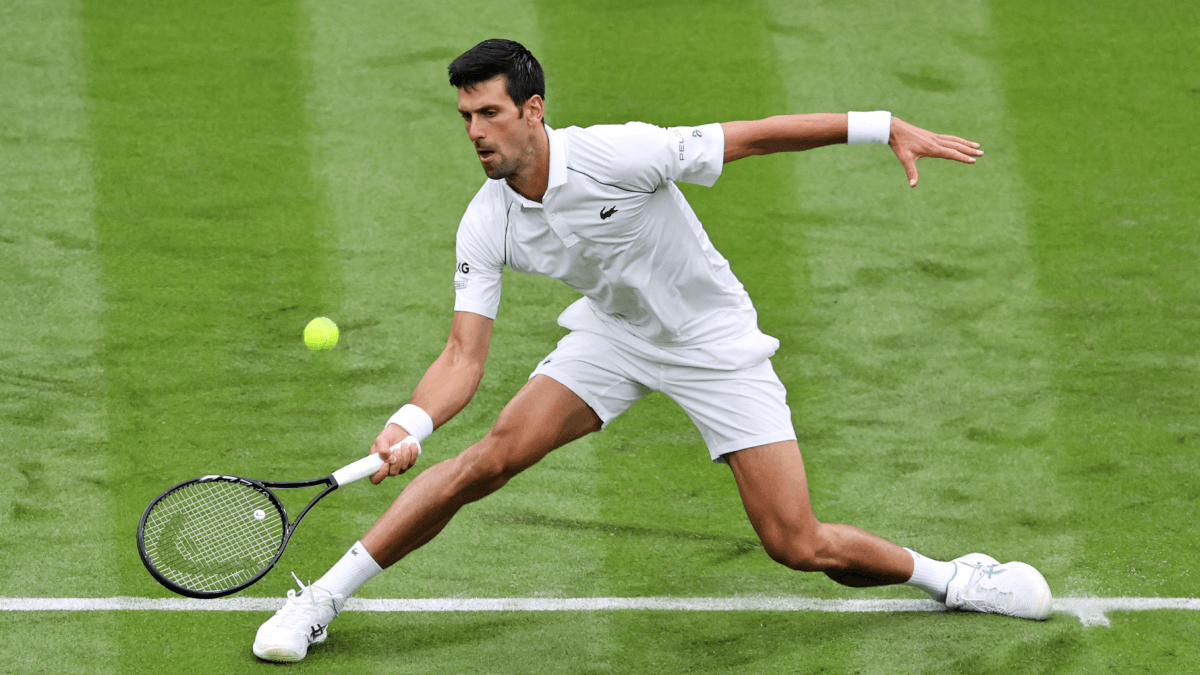 When we talk about athletes, we’re often focused on their batting average, their running speed, their weight class or their touchdown record. There’s more to the life of a sports star than measuring up against a set of physical stats, though. Whether through their own curiosity or through the necessity of playing a sport where you’re constantly competing in other countries, athletes can occasionally flex on the court of language as well. Multilingual athletes are not uncommon — some would even call themselves polyglots.

In the spirit of healthy competition and sportsmanship, we put together a list of some of the most multilingual athletes out there. Though this is not an exhaustive ranking, it showcases the well-rounded brilliance that some athletes carry both on and off the field.

The Most Multilingual Athletes In The World

Besides being ranked as world No. 1, Serbian tennis player Novak Djokovic also has one of the most impressive sets of polyglot credentials in the sports world. He speaks Serbian as a native language, as well as English, German, Italian, French, Chinese, Spanish, Arabic, Russian, Portuguese and Japanese. It’s unclear whether he’s currently capable of having a full-fledged conversation in all of them — his Arabic, Japanese and Russian might be more patchy than the others — but he has made a sincere effort to address interviewers in their local languages.

Djokovic once said: “We have a saying in our country: The more languages you know, the more is your worth as a person.”

Lukaku speaks French natively, and he grew up using Flemish (a dialect of Dutch) at school, as well as talking to his Congolese family in Lingala. He can also speak English, Portuguese, Spanish and German.

The Gambian-Norwegian soccer coach and former soccer player currently leads the Canadian Premier League club Pacific FC. He also speaks a whopping eight languages: Arabic, Dutch, English, French, German, Norwegian, Swedish and Wolof. His family emigrated from Gambia to Norway when he was eight, so he’s likely most fluent in Wolof and Norwegian, though Swedish isn’t a far leap from the latter Scandinavian language.

The soccer player speaks Swedish and Bosnian natively, and he’s also fluent in English, Italian, French and Spanish after his time playing in various countries. He is also capable of understanding certain sign language.

Born in Cape Verde, the former international soccer player moved to Switzerland when he was a small kid. He speaks Portuguese natively, as well as Creole, French, German, Italian, Spanish and English.

When asked by Swiss Life why he decided to learn the language wherever he played, Fernandes said, “Because I want to take part in life. I want to understand the people, my teammates, the fans, the people in the city. Integration is very important to me. And you can’t integrate without learning the language.”

Arsenal manager and former soccer player Mikel Arteta is somewhat known for his tendency to quickly fire off instructions in multiple languages to confuse opponents. He speaks seven languages: Spanish, English, Catalan and Basque fluently, as well as some French, Italian and Portuguese.

Known best for his performance as a midfielder for Barcelona and the Bosnia and Herzegovina national team, Miralem Pjanić now also speaks seven languages. He learned Bosnian natively, and Luxembourgish after moving to Luxembourg with his family just before the outbreak of the Bosnian War. Because Luxembourg has three official languages, he also learned German and French growing up, as well as English. He picked up Italian when he joined Roma, and most recently learned Spanish when he joined Barcelona.

The former professional soccer player, former manager of Arsenal and current Chief of Global Football Development for FIFA has had a long and successful sports career. He has also built up quite a reputation for his language abilities: Wenger speaks French natively, as well as English, German, Spanish, Italian and Japanese.

He was actually voted the United Kingdom’s first-ever Public Language Champion by The Guardian’s readership in 2013 for his commitment to languages and his work championing language learning for children through sports.

You could say this Slovakian tennis legend is a double threat based on the fact that she’s also a classically trained pianist. Actually, make it more of a multidirectional threat: she speaks Slovak, German, English and Czech fluently, as well as some Croatian and Italian.

Hantuchová explained to Cambridge University Press that playing sports is a great segue into learning languages, “whether it’s tennis, golf, even running. Sport is such a universal language, that it’s a great way to start if you are in a country where you don’t know anyone, you don’t know the language. At least with sport you know you don’t really need to talk that much!”

The Surinamese-Dutch former soccer player and current manager is considered by many to be one of the best midfielders of his generation. He also happens to speak Dutch, English, Italian, Portuguese, Spanish and Surinamese fluently. He has played for clubs in the Netherlands, Spain, Italy and Brazil, which tracks with his abilities in Italian, Portuguese and Spanish.

The post Who Are The Most Multilingual Athletes In The World? appeared first on Babbel.