How To Cheer For Your Sports Team In Six Languages

Cheering for a sports team may seem like disorganized yelling, but there’s an art to it. Sure you can just scream, but cheering is at its best when a stadium packed with fans comes together to chant in unison. It’s almost a kind of meditation, except not at all peaceful. Rooting for a team means […] 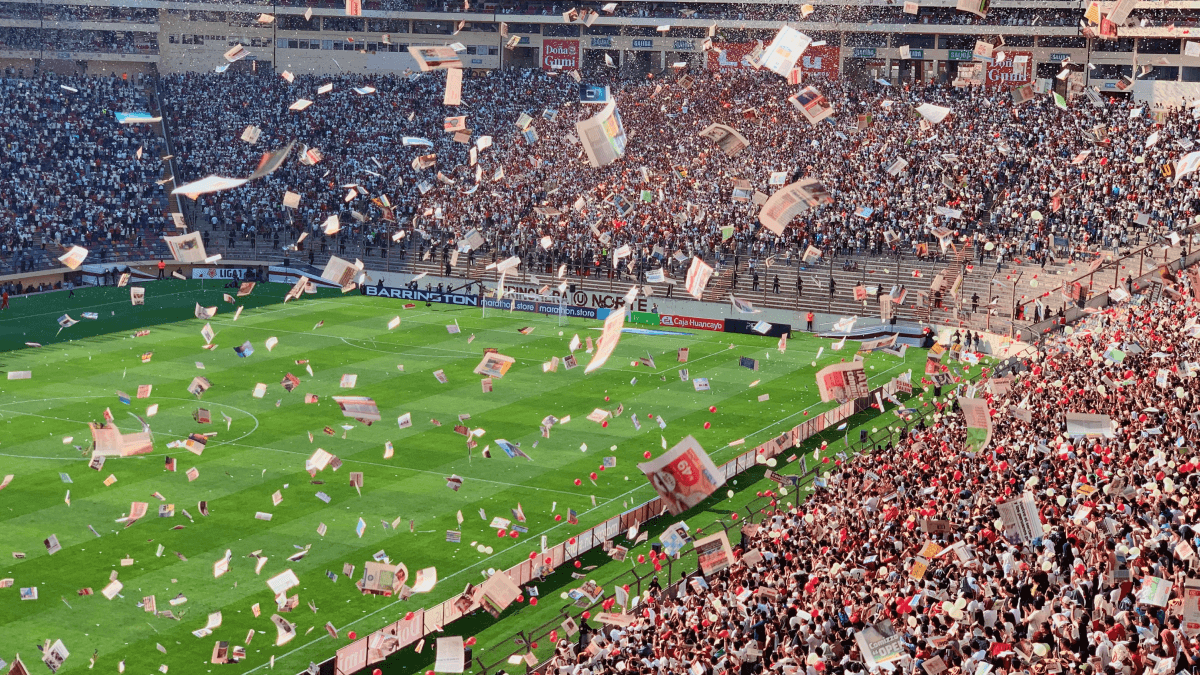 Cheering for a sports team may seem like disorganized yelling, but there’s an art to it. Sure you can just scream, but cheering is at its best when a stadium packed with fans comes together to chant in unison. It’s almost a kind of meditation, except not at all peaceful. Rooting for a team means knowing which cheers and chants are commonly used, and when you’re rooting for teams at an international competition, that might mean learning chants in other languages.

There are countless chants out there. Leave it to the inventiveness of fans to think of new rhyming phrases and catchy slogans to yell out all the time. Cheers vary from team to team, sport to sport and even year to year. There are a few standards, however, that are important to know. We put together some of the most common sports cheers in six languages. You’ll be screaming them in no time.

olé, olé, olé — There might be no cheer quite as famous as olé, olé, olé. Its roots might go back to the Greek ololigi, which means “ritual cry.” Its use in sports goes back to the heyday of bullfighting in Spain, where crowds would shout olé after each of the bullfighter’s moves. It became associated with other sports — particularly soccer — in the 20th century. It especially caught on after the 1986 FIFA World Cup in Mexico. Nowadays, you’ll hear it all over the world, even if nobody involved in the sport speaks Spanish.

viva — This comes from the Spanish verb vivir, “to live,” but is also used like a cheer comparable to “hooray.” You’ll often hear it paired with a country name, like ¡Viva México!

gol — You might be able to guess that this means “goal.” If you’ve ever heard a Spanish-speaking soccer announcer, you’re probably familiar with the versatility of the word, whether it be a long gooooooool or repetitive gol! gol! gol! You would only yell this after your team scores, though.

dale —  The Spanish version of “go” (lit. “Give it”), this is another useful little word to start to cheer for your team. If you want to mix it up, you can also use arriba or vamos.

Allez les bleu ! — If you’re watching the French soccer team, this is the most common cheer you’ll hear. It literally means “Go the blues!” referring to the color of their uniforms. The word allez (coincidentally similar to the Spanish olé) is used in other chants, too, including Allez les gars ! (“Come on, guys!”) or simply Allez !

Qui ne saute pas n’est pas français ! — This phrase roughly translates to “If you’re not jumping, you’re not French!” and is meant to get everyone hopping up and down to cheer for the French team. So if you hear this and don’t want to look very un-French, better start jumping.

On a gagné ! — This means “We won!” so of course it is only used as the game ends. If the team is advancing to the finals, you can also use On est en finale !

Los geht’s Deutschland! — The German version of “Let’s go Germany!” This can also be shortened to “Los Deutschland!”; “Deutschland!”; or, for someone being particularly economical with their syllables, “Schlaaaaaaaand!” If you aren’t rooting for the German team in particular, Deutschland can easily be swapped out for other countries or team names.

Deutschland vor, noch ein Tor! — This phrase, meaning “Germany ahead, one more goal!” is another popular soccer chant. You might also add specific player names to the chant.

Forza Azzurri! — The color of the Italian soccer team is, like France, blue, and so this phrase just translates to “Go blues!” It’s one of the most common phrases you’ll hear.

Fino alle fine — This phrase means “until the end,” with the implication being that the team should fight until the end. You can also extend this chant by adding in “forza [team you’re rooting for],” meaning “Go [team]!”

Вперёд, Россия! (Vpered, Rossiya!) — This common Russian sports chant just means “Go, Russia!” and can be used at the sporting event of your choice. If you want to make it even simpler, just yell “Russia!” (Россия!)

Ура! (Ura) — This little word is the Russian equivalent of “Hoorah!” It’s pronounced pretty much the same, but without the hard “h” at the beginning (so more like OO-rah with a rolled “r”).

Шайба! Шайба! (Shaybu! Shaybu!) — This phrase means “Puck! Puck!” and so you can probably guess that it’s probably used only while watching hockey. The phrase got a slight boost in popularity in 2014 when Russian pop star Irina Allegrova teamed up with Team Russia to record a song and music video with this chant as its title.

boa — This word just means “nice” or “good” in Portuguese, but you’re likely to hear it shouted over and over.

aí — Another simple one, this word technically just means “there,” but it is really just a common thing to yell during a sports match.

The post How To Cheer For Your Sports Team In Six Languages appeared first on Babbel.