Small Talk, Big World: Cracking The Art Of Chit-Chat Around The Globe

Some squirm at the thought of small talk. They dread the inevitable awkward silences and the superficial back-and-forth. Others re-energize at the office water cooler and take pride in their pattering.   Whatever your stance on these seemingly ubiquitous casual conversations, the significance of small talk in many cultures is anything but; it’s vital to […] 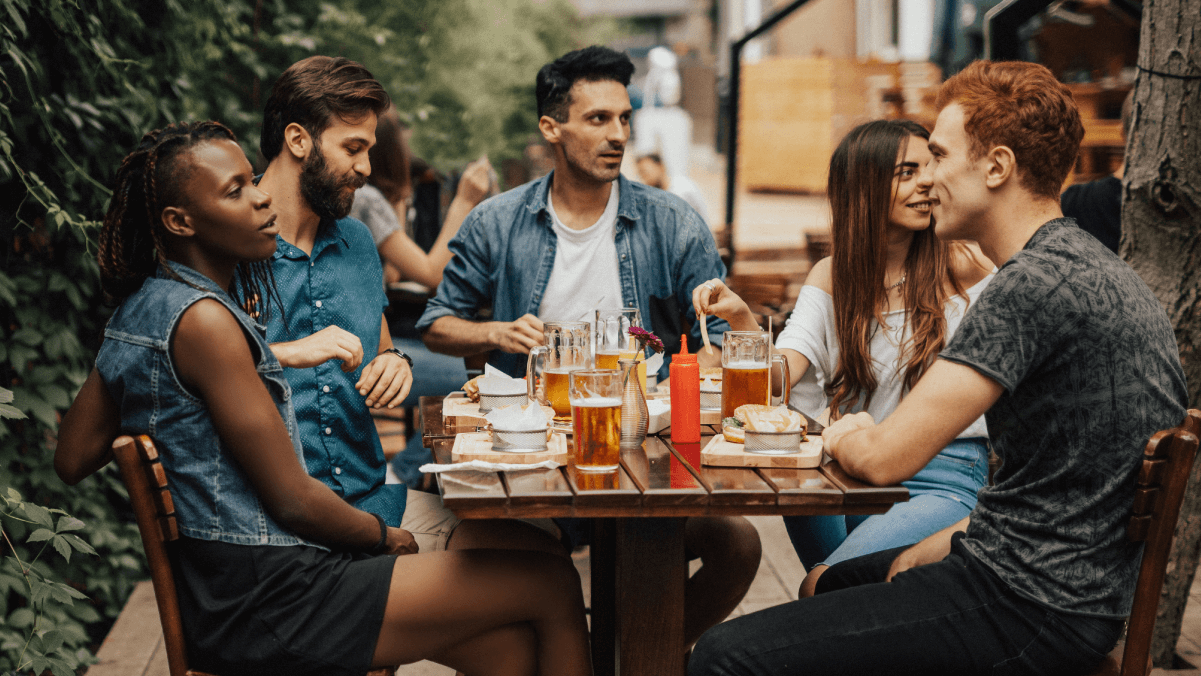 Some squirm at the thought of small talk. They dread the inevitable awkward silences and the superficial back-and-forth. Others re-energize at the office water cooler and take pride in their pattering.

Whatever your stance on these seemingly ubiquitous casual conversations, the significance of small talk in many cultures is anything but; it’s vital to building rapport in any relationship, especially between strangers or new friends.

The art of chatting is a delicate dance, and in a foreign context, you’re more likely to stumble in the choreography. When you feel out of rhythm with your partner and fret tiptoeing around taboos, it’s hard to forget that you’re not in your home environment.

But small talk doesn’t have to be a challenge. Here are tips for becoming an international chit-chat champion.

Brush Up, Brief Yourself And Be Ready

Understanding the nuances in cross-cultural communication norms can shield you from committing a social snafu.  Do some preliminary research to know the rules of the road — like how to make the perfect greeting. Is a handshake appropriate? A cheek kiss? How many?

Be prepared to go with the flow. In India, you might find that you’re asked questions that are more personal than you’re used to, but it’s an important way for people there to build trust with one another. If you’re in a country that’s big on small talk, embrace it. It’s a no-no in the Arab world to rush an interaction or illustrate impatience. And Brazilians are known to take pleasure in chatting with just about anybody for hours.

But you should know when to cut the chatter and get down to the nitty-gritty. For many people around the world, skipping small talk altogether isn’t a foreign concept.  This might come as a surprise to Americans, many of whom delight in blabbing breathlessly. But you might get a funny look or cold shoulder if you strike up some banter with a stranger in the Scandinavian countries, where people often place a bigger cultural emphasis on privacy and personal space.

Don’t worry if attempts at small talk don’t take hold at first. Germans and Russians tend to value deeper personal relationships built over time instead of through short, trivial conversations, and people in China might be more guarded about the information they first share with strangers, though they love to chatter with acquaintances and close friends.

The context of your environment can shape the nature of conversations you’ll have there, but be careful not to assume that all small talk in one place on the map will follow the same patterns and rules.

Knowing which issues or taboos to avoid can go a long way when conducting business, wooing romantic interests, or just shooting the breeze with neighbors or coworkers.

These don’t-go-there topics vary across the world. In Germanic countries, open debate about hot-button issues and conflicting intellectual ideas is often encouraged. But across many cultures, topics like religion and politics can stir controversy, and bringing them up is generally frowned upon.

Some topics that seem perfectly appropriate at home might not land right abroad. In Canada and the United States, it’s normal to ask about the nature of someone’s work, but in cultures where work doesn’t dominate daily life, the question “What do you do for a living?” can trigger a scoff or elicit an eye roll. In France and Italy, for example, a boring day job is just one aspect of a robust and colorful life filled with other kinds of meaning. Whereas asking about one’s family life in the U.S. might be a bit too personal, in Latin America,  families are the backbone of daily life and are thus frequent talking points.

Cautious of overstepping boundaries? Play it safe by staying simple. When in doubt, go-to topics like pop culture, sports and the weather work wonderfully because they’re near cultural universals — shared experiences over which most people can connect.

Boost your likability by brushing up on the specifics of the place you’re in, too. Most people love to talk about the history, geography, and current events of their homeland. “Where are you from?” is seldom a bad option. And if you’re stuck, a compliment rarely misses the mark — just be sincere!

Let Your Ears Do The Work Once In A While

With so many rules and cues to consider, your brain can buzz with a distracting hubbub of voices all trying to help you craft the perfect conversation. But you can’t always predict how one will unfold.

The best way to tune out the white noise? Listen with intention and show genuine interest. At the end of the day, we’re all social beings who want to be heard. Explore your curiosity by asking open-ended questions — ones that can’t be answered with a “yes” or “no” — to give your conversational partners space to talk about themselves and give you a better sense of how to connect.

Don’t forget about the importance of body language to fostering a warm interaction. Mirroring other people’s posture and gestures — and avoiding culturally insensitive ones — can signal that you enjoy being in their presence. A simple trick, too, to earning another speaker’s trust is to remember and repeat names; it’s usually the first thing you learn about someone and the easiest way to show you’ve been listening.

Just remember that there’s no right way to master small talk. With practice and an open mind, making new friends around the world can be just a conversation away.

The post Small Talk, Big World: Cracking The Art Of Chit-Chat Around The Globe appeared first on Babbel.