A Cultural History Of Coffee

Is it that America runs on Dunkin’, or is it that the world runs on coffee? From its humble origins as an unassuming plant in Ethiopia to its current status as a fuel, lifeblood, social glue, creative medium, and major commodity all around the world, coffee is not just an essential daily ritual for over 1 […] 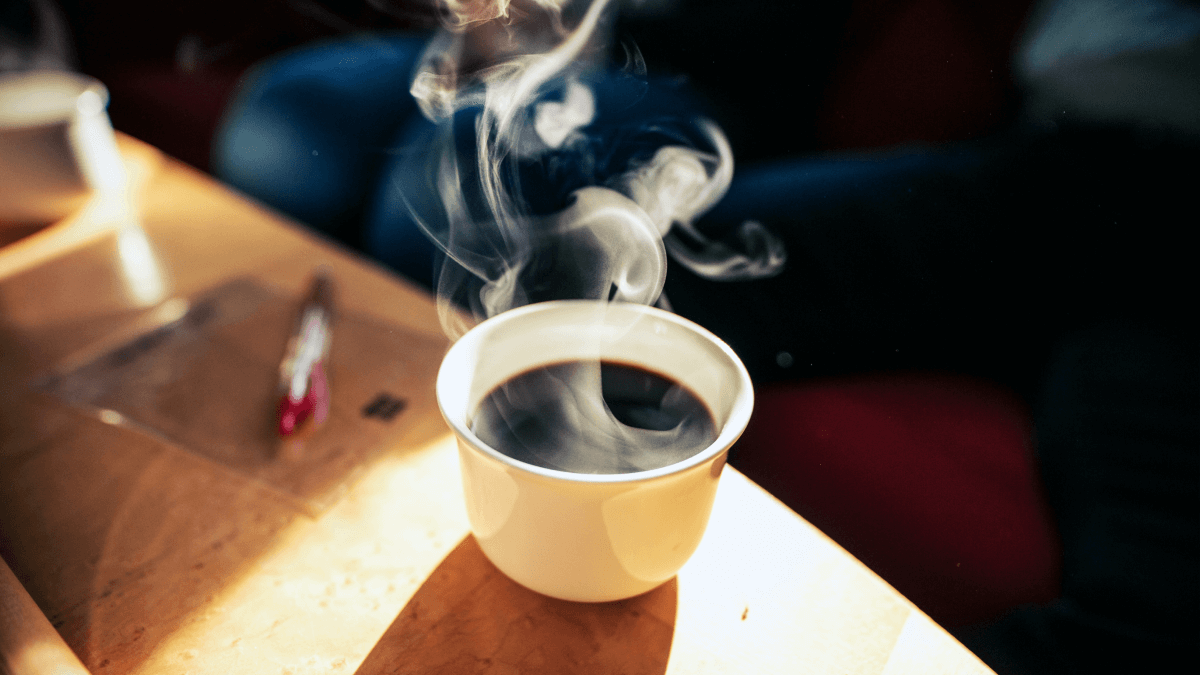 Is it that America runs on Dunkin’, or is it that the world runs on coffee? From its humble origins as an unassuming plant in Ethiopia to its current status as a fuel, lifeblood, social glue, creative medium, and major commodity all around the world, coffee is not just an essential daily ritual for over 1 billion people around the world — it’s the central organizing force for an entire culture. Or, more accurately, cultures, because unless you plan on taking your cappuccino with hot coal anytime soon, drinking coffee in Italy is definitely not the same as drinking it in Indonesia. The history of coffee runs deep, and the river of cold brew runs wide. To understand its current grip on the heart rates of so many around the world, to understand how we got from “coffee berry” to “Bulletproof Coffee,” you have to go back to the beginning.

The Early History Of Coffee

Long before a single drop of a Starbucks frappuccino ever landed on a suburban mall crawler’s tongue, coffee was just a plant that was minding its business.

We don’t have documented proof of coffee’s origin story, but we are pretty sure that the history of coffee starts in Ethiopia. Legend has it that an Ethiopian goat herder, likely of the Oromo people, noticed that his goats would perk up whenever they ate the red berries that coffee beans come from. He decided to try them, and we can only guess what sort of experience that herder must have had for the rest of history to unfold in the way that it has.

Though humans invented many ways to consume these coffee berries in the earliest years of caffeine indoctrination — particularly the Sufis of Yemen who used coffee in a ritualized way that was connected to their mysticism — we didn’t get roasted coffee beans until the 13th century. Coffee cultivation then really began to thrive across the Arabian Peninsula, and it was in full swing by the 15th century.

From there, it spread through the Middle East and Europe, and European colonizers then brought coffee production to places like Sri Lanka, the Caribbean, Brazil and Central America, where enslaved populations cultivated coffee crops. At this point, coffee had become established as a global trade.

Coffee culture has been a thing in the United States since the Revolutionary War period, however. After the Boston Tea Party of 1773, drinking tea was seen as unpatriotic, so coffee became the national drink of choice, as well as a form of protest against the British monarchy.

The Rise Of The Coffeehouse

It wasn’t long before people began to discover the appeal of gathering outside their homes in communal spaces dedicated to the consumption of coffee. Coffee is not only delicious, but stimulating to the brain. Naturally, the coffeehouse became a hub of intellectual exchange and, in some cases, a symbol of revolution and dissent.

As historian Mark Pendergrast, author of Uncommon Grounds: The History of Coffee and How It Transformed Our World explained to NPR, the advent of the coffeehouse also quite literally stimulated the rise of business (the London Stock Exchange was the product of a coffeehouse discussion), as well as literature, newspapers, and the music of the likes of Bach and Beethoven. Certain revolutions, like the French Revolution and the American Revolution, were planned in coffeehouses.

“One of the ironies about coffee is it makes people think. It sort of creates egalitarian places — coffeehouses where people can come together — and so the French Revolution and the American Revolution were planned in coffeehouses,” Pendergrast said. “On the other hand, that same coffee that was fueling the French Revolution was also being produced by African slaves who had been taken to San Domingo, which we now know as Haiti.”

Coffeehouses first took hold in the Ottoman Empire, which provided Muslims with a place to gather that didn’t involve alcohol. Similar to what would happen elsewhere, the ruling elite quickly turned against cafe culture as a threat to the established order and social hierarchies. In 1633, Sultan Murad IV made drinking coffee a capital offense after his brother and uncle were killed by cafe frequenters.

Cafe culture spread throughout Europe during the late 17th century, providing a somewhat more egalitarian venue for men of any social class to mingle and discuss politics. Not only were cafes more accessible than restaurants price-wise, but unlike bars, they also tended to attract people who were politically minded.

In London, they became places for working class men to meet and discuss their dissatisfaction with those in power — such that King Charles II referred to the cafe as “a place where the disaffected met and spread scandalous reports concerning the conduct of His Majesty and his Ministers.” The King eventually sent spies into coffeehouses and ordered them all to close, though this decree only lasted 11 days. Cafes came to be known as “penny universities” where just about anyone could participate in intellectual discussions for the cost of a cup of coffee.

The coffeehouse served a similar function in other parts of the world, attracting a mix of intellectuals, artists, journalists and activists and often giving working class people the opportunity to unite politically.

These days, coffee culture is so entrenched and localized to various parts of the globe that you could easily travel the world and have a different coffee experience in every country.

From pumpkin spice lattes in American shopping malls to the hit of rocket fuel that is Turkish coffee, there’s a great deal of diversity to imbibe. Though Italy has made an outsized contribution to international coffee culture by giving us almost every kind of drink spawned by the advent of espresso, it definitely can’t take credit for all of it. Australians are pretty sure they invented the flat white, after all.

Within Latin America, you have café de olla in Mexico, which is made by simmering coffee with a cinnamon stick in a clay pot. Cuba’s café cubano is basically just espresso sweetened with syrup. And in Argentina, coffee is more milk than coffee, if that makes sense.

Over in Europe, Portugal does a mean Arnold Palmer-style coffee called a mazagran, combining espresso with lemon, mint and sometimes even rum. The French will often order a noisette, or espresso with a dash of hot milk. In Finland and northern Sweden, there’s the kaffeost, which is hot coffee poured over chunks of cheese curds (really). And while Irish coffee is more an American phenomenon, it’s not a total myth that the Irish put whiskey in their coffee from time to time.

In Africa and the Middle East, coffee is often spiced. For instance, Moroccan coffee is blended with cinnamon, cardamom, cloves, salt, pepper and nutmeg, while Saudis take their coffee with cardamom. In Ethiopia and Saudia Arabia, coffee consumption is part of a long, elaborate hospitality ritual that comes with various etiquette rules.

In Asia, you can get canned coffee from a vending machine in Japan and sweet, creamy coffee with condensed milk in Vietnam. There’s also a creamy concoction served in Hong Kong and Malaysia made of black coffee mixed with milk tea, called yuanyang in Hong Kong and kopi cham in Malaysia. In Indonesia, ordering a kopi joss will get you coffee with hot coal in it, which lends a distinctive burnt sugar taste.

The post A Cultural History Of Coffee appeared first on Babbel.