9 Elizabethan Words To Bring Back

What if you were the ultimate time traveler, meeting people of yesteryear and witnessing the great events of the past others can only read about? Imagine you were about to embark on your journey through time, and you’ve chosen to explore the era of Shakespeare, King Henry VIII, Elizabethan language and no forks at the […] 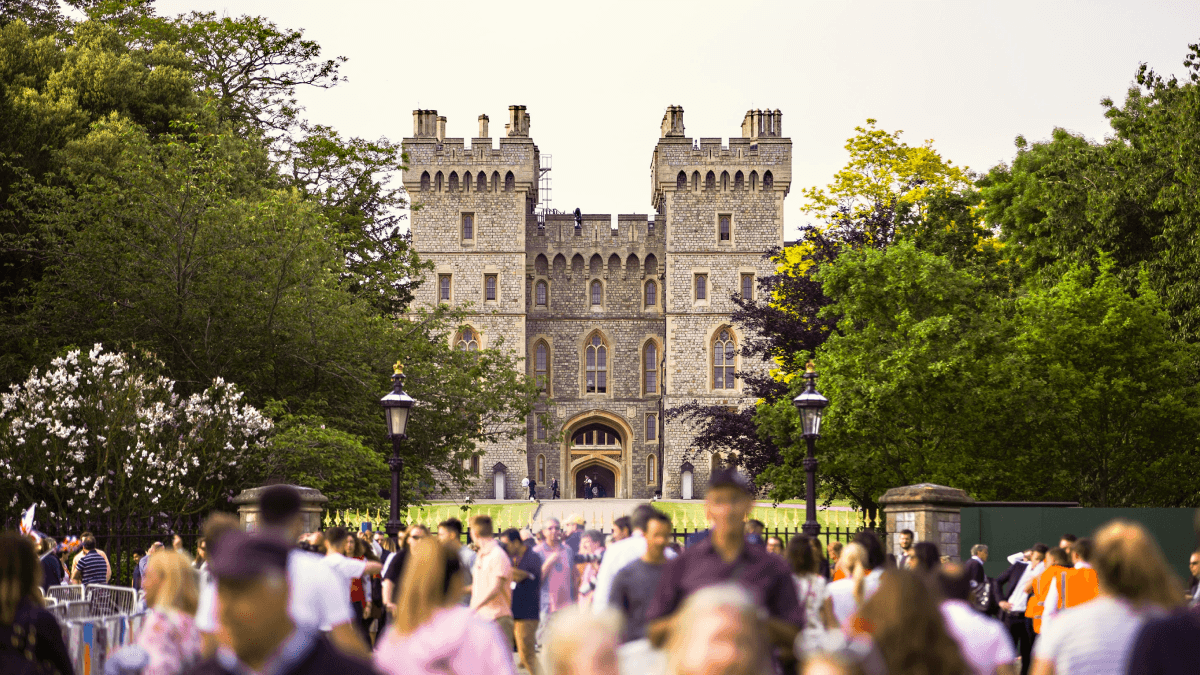 What if you were the ultimate time traveler, meeting people of yesteryear and witnessing the great events of the past others can only read about? Imagine you were about to embark on your journey through time, and you’ve chosen to explore the era of Shakespeare, King Henry VIII, Elizabethan language and no forks at the table: Tudor England. Or, to be more accurate — we’ll assume your time travel device needs you to enter an actual date — between 1485 and 1603.

We’re sure you’re excited to get going. But before you fly through the centuries on your new adventure, have you stopped to consider whether you’ll understand what the Tudors are saying? Yes, it’s English. And yes, you’ll recognize quite a few words still used today — but not all. You don’t want to attract too much attention and arouse suspicion. At worst, you’ll end up getting yourself burned at the stake or hanged, which would put a bit of a downer on your trip. You want to explore but also blend in with the locals like you didn’t just suddenly appear out of thin air. Well, you did, but you get the point.

These Tudor English words and phrases will help you to fit in and chat with the locals in the Elizabethan language from the moment you arrive. Just don’t forget to change out of your contemporary clothes.

It’s a good idea to be familiar with this one as you’re almost guaranteed to hear it. Otherwise, you might be in trouble before you even get to see a more youthful-looking Tower of London.

Meaning: “The toilets are over there.”

This will be handy, especially considering how much beer and ale you’ll be knocking back. Water was considered too dirty and unsafe to drink at the time.

While we’re on the important subject of terms for the toilet, in addition to the privy, you might also hear it referred to as a “jakes.” A form of the word is still in use today in Ireland in the slang term “the jacks” (“I need to use the jacks”).

Yon is short for yonder, an archaic word meaning “over there.” Jimi Hendrix seemed to have had a thing for this word, using it in the songs “Red House” and “Look Over Yonder.” You could use that fact to impress at a Tudor party, if it wasn’t around 500 years before the invention of rock music.

No, Rick James was not around in 16th century Europe. You know this word, of course, but with different meanings, and it may surprise you that its origins go this far back. One of its current meanings — a horrible smell — has its roots in this older definition. This piece of Elizabethan language may originate from the old French word funkier (to blow smoke on).

So don’t forget, it didn’t mean then what it means now. And you’ll likely notice quite a funk the moment you step into one of the countless public houses you’ll find in any city or town.

Meaning: an affectionate term for a wife

You can find this in Shakespeare’s play All’s Well That Ends Well in the line, “That hugs his kickie-wickie here at home.” So, at a time when sugar was becoming more and more popular in Tudor England, that wasn’t the only sweet thing around. You may hear this more than you actually need to use it, unless you’re a guy who has a very specific plan to journey back to Elizabethan England to settle down. In which case, you’ll need this term to have a romantic command of the Elizabethan language.

Meaning: a man who flirted with other women while his wife recovered from childbirth. Or, a husband who strays during the time of the month his wife is “unavailable.”

Time traveling disclaimer: The views and behaviors of 16th-century Tudors do not reflect those of Babbel!

Our researchers found these two definitions for a gandermooner. While slightly different, both have the same theme: a not-so-well-behaved gentleman. Maybe you’ll find yourself embroiled in a real-life Tudor soap opera full of betrayal, rumors and a bit of ruff (see what we did there?). If so, you’ll do well to know who the villains are. This’ll help.

Another word you might encounter as part of the drama is “bedswerver,” a Shakespearean invention used to describe an adulterer.

Let’s hope you don’t have this Elizabethan language thrown your way.

In the 16th century, a lubberwort was the name of an imaginary plant which caused sluggishness, laziness and stupidity. And at some point, the word started to be used as an insult. We’re not sure why they imagined this plant in the first place. We know there was no Netflix back then, but making up plants for fun still seems like an odd hobby.

If you want to add to your arsenal of insults, you could also use the word “bobolyne.” This was a term for a fool coined by the 15th-16th century poet John Skelton. Although we’re not sure it would catch on in modern popular culture. “Why Do Bobolynes Fall In Love” doesn’t have the same ring to it.

Sorry, this has nothing to do with a popular cookie and caramel chocolate bar.

You don’t want to embarrass yourself by being a time traveler who can’t understand when someone tells them the time, do you? With a bit of explanation, this one is quite clear. “Twixt” is a contracted version of “betwixt,” an archaic term for “between.” And so, if it’s twixt one and two, it’s 1:30. “Betwixt” was also used in a phrase popular at the time, “betwixt and between,” meaning not fully or properly either of two things.

And if you need to ask what the time is? A simple “How stands the hour?” will do.

Meaning: a bit fat or pudgy

We’re not 100 percent sure if the citizens of Tudor England were less sensitive about their appearance than we are in the present day. However, we advise you err on the side of caution and don’t go about calling folks fat or pudgy.

Still, it would be good to know if someone else is insulting you about your appearance, right? How dare they. You used your gym membership at least five times (plus a spin class!) in preparation for your physically demanding expedition through time.

Meaning: “I swear it’s the truth.”

Troth is an archaic version of “truth.” If you’re screaming this along with, “I am from the future! Really, I am!” as they’re dragging you to the gallows, then International Time Traveler may not be the profession for you.

How about being a tour guide? You still get to meet new people and see the historical sights, minus the whole inconvenient and messy business of being executed for heresy.

The post 9 Elizabethan Words To Bring Back appeared first on Babbel.