The 1980s Slang That Defined The Decade

It can be hard to really understand a decade until it’s long over. Even after 30 years have passed, the 1980s are difficult to distill. You can’t boil down the AIDS crisis, the Reagan presidency, the Challenger explosion, hair metal bands, the fall of the Berlin Wall and the beginning of the war on drugs […] 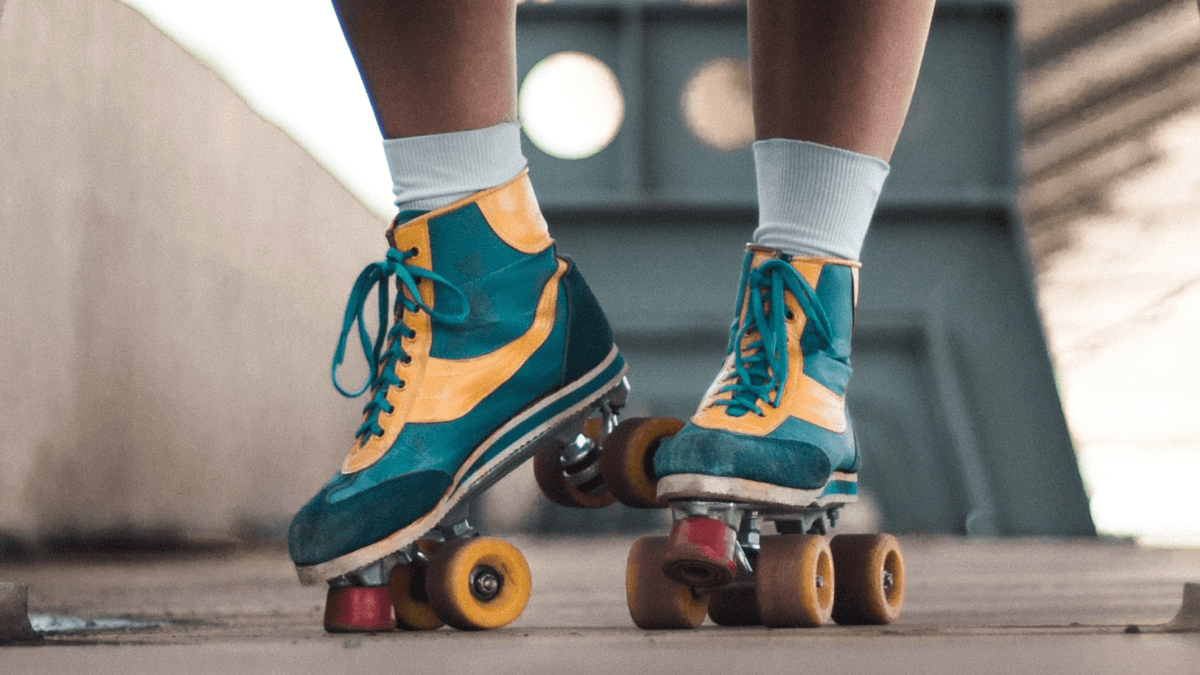 It can be hard to really understand a decade until it’s long over. Even after 30 years have passed, the 1980s are difficult to distill. You can’t boil down the AIDS crisis, the Reagan presidency, the Challenger explosion, hair metal bands, the fall of the Berlin Wall and the beginning of the war on drugs down to a single symbol (though the Rubik’s cube might get us close). There are countless different angles to take when looking at a period of 10 years, and here we’ll zoom in on just one: 1980s slang.

Slang can reveal the cultural undercurrents of a time period. It’s mostly used by young people — women and Black people especially — and the 1980s were the heyday of Gen Xers, a generation too often overlooked. Let’s look at just a few of the words and phrases that became popular during this decade.

Gag me with a spoon!

One of the defining linguistic phenomena of the 1980s was Val-speak, a dialect of English spoken by Valley Girls. These were the mostly white, mostly upper-middle-class young women who lived in the San Fernando Valley near Los Angeles. The stereotype of the Valley Girl really began in the 1970s, but it started to spread in the ’80s. Some parts of Valley Speak were really cemented in the 1982 Frank Zappa song “Valley Girl,” in which Zappa’s 14-year-old daughter played the character of the Valley Girl, sprinkling in phrases like “oh my god,” “totally” and “gag me with a spoon.”

It’s pretty common for the way young women to speak to become a constant source of ridicule. And yet despite certain people rolling their eyes, Val-speak won in the end. No, not everyone sounds like a Californian, but many traits of Val-speak — the constant use of “like,” the “oh my god”s, and the up-speak — are now everywhere. Specific slang like “gag me with a spoon” always goes out of fashion after a while, but Southern Californian Val-speak really changed the way Americans talk forever.

Val-speak wasn’t the only linguistic phenomenon coming from California. Surf slang was also making waves. While the popularity of surfing culture really peaked in the 1960s, the lingo made it big later on. The word “gnarly,” for example, was used in the 1970s to refer to waves that were particularly difficult to surf, and it spread to non-surfing teenagers by the mid-1980s.

It can be difficult to really separate Val-speak and surf slang, because they closely intermingled. Terms like “far out,” “tubular” and “radical” all became part of a youth dialect that made liberal use of 1980s slang.

Meaning: a crude remark to tell someone to go away, stop bothering you, etc.

The insults of yesteryear can often sound ridiculous to modern ears, and “Eat my shorts!” is no exception. Its aging was likely helped along when it became a catchphrase of Bart Simpson, the 10-year-old son on The Simpsons. The show premiered as a series of shorts on The Tracey Ullman Show in 1987 and branched out on its own in 1989, and it’s easy to forget that this animated show was originally countercultural and subversive (compared to the other things on mainstream television, that is). The show, and “eat my shorts” along with it, seems a bit tame by current standards.

While The Simpsons helped popularize the phrase, it actually was coined by another defining cultural landmark of the decade: The Breakfast Club. The movie also helped popularize a number of other 1980s slang phrases, including “wastoid” (for someone who uses drugs) and “burner” (essentially a burnout).

Meaning: someone who grew up in the same town as you

The word homeboy goes back to the ’80s, but technically the 1880s. Its original sense was for “stay-at-home boy,” making it kind of like the young male equivalent of “housewife.” By the 1940s, it’d become part of African American Vernacular English, and it was not a compliment. It meant something more like “townie,” implying that the person was “simple” or something along those lines.

“Homeboy” didn’t take on its more modern meanings until the 1970s and 1980s, implying something like “old friend.” And it really started to evolve in 1980s slang, when other words like “homie,” “homegirl” and “homeslice” started to appear. Not all of these variants survived the end of the decade, but “homeboy” and “homegirl” are still around.

Meaning: to relax and do nothing

Is there anything more relaxing than vegetating? Well, if you think about that too hard, it’s kind of a strange state to aspire to. And yet, after a long day of work, nothing sounds better than just sitting on a couch, watching movies and vegging out.

There is no neat origin story to this phrase. Its first movie appearance is allegedly Pretty Woman, the 1990 romcom starring Richard Gere and Julia Roberts. It was certainly used before that, though, and was a staple of 1980s slang.

Meaning: someone who “wants to be” something else

The term “wannabe” can be used in many situations today. You can be a wannabe artist or a wannabe politician. It’s a word used to separate the authentic, talented people from the posers, and it can be deployed pretty rudely.

The word “wannabe” was first used in surfer slang, which makes sense. There were the cool surfers, and the people who wanted to be the cool surfers. It popped up in the late 1970s and the early 1980s. By 1984, it had morphed and was used to describe a particular kind of wannabe: a Madonna wannabe (or, cleverly, a Madonnabe). In the mid-1980s, Madonna was at the height of her fame, popularizing a particular style around the release of Like a Virgin. Many people copied the style, and became known as wannabes. It helped that her look was something anyone could copy with a trip to a thrift store. The phenomenon didn’t last long — Madonna changed her style in the late ’80s — but it set the stage for generations of wannabes who try to dress up like their favorite pop stars.

Meaning: a commercial slogan for Wendy’s

People like to think that they’re not affected by advertising, but every decade has its commercials that catch on in the cultural zeitgeist. Before “Got milk?,” “Whassup” or “Just do it,” there was “Where’s the beef?” It comes from a 1984 commercial in which three old women are sitting around, eating burgers with massive buns but a tiny burger patty. Two of the women discuss how nice the buns are, setting up the punchline for the commercial, where the third woman starts exclaiming “Where’s the beef?”

This may have seemed like just another shot fired in the war over burger sizes, but the phrase caught on. People started using it in sports, basically meaning “Where are the muscular, big players?” People started using it to mean, “It seems like the key element of something is missing. Where is it?” And, as often happens with commercials, schoolchildren would just say it because they thought the ad was funny. It’s every marketer’s dream to come up with a phrase that is so popular it starts to become used in everyday speech, and “Where’s the beef?” can still get a laugh from someone who grew up in the 1980s.

The post The 1980s Slang That Defined The Decade appeared first on Babbel.