How Many People Speak Catalan, And Where Is It Spoken?

Catalan is primarily associated with Spain’s Catalonia region, but it isn’t quite right to say that it’s a language of Spain, nor that it’s a dialect of Spanish. Catalan is in some instances more similar to French than Spanish, and besides, it’s a distinct regional language with a history that predates the current geopolitical order. […] 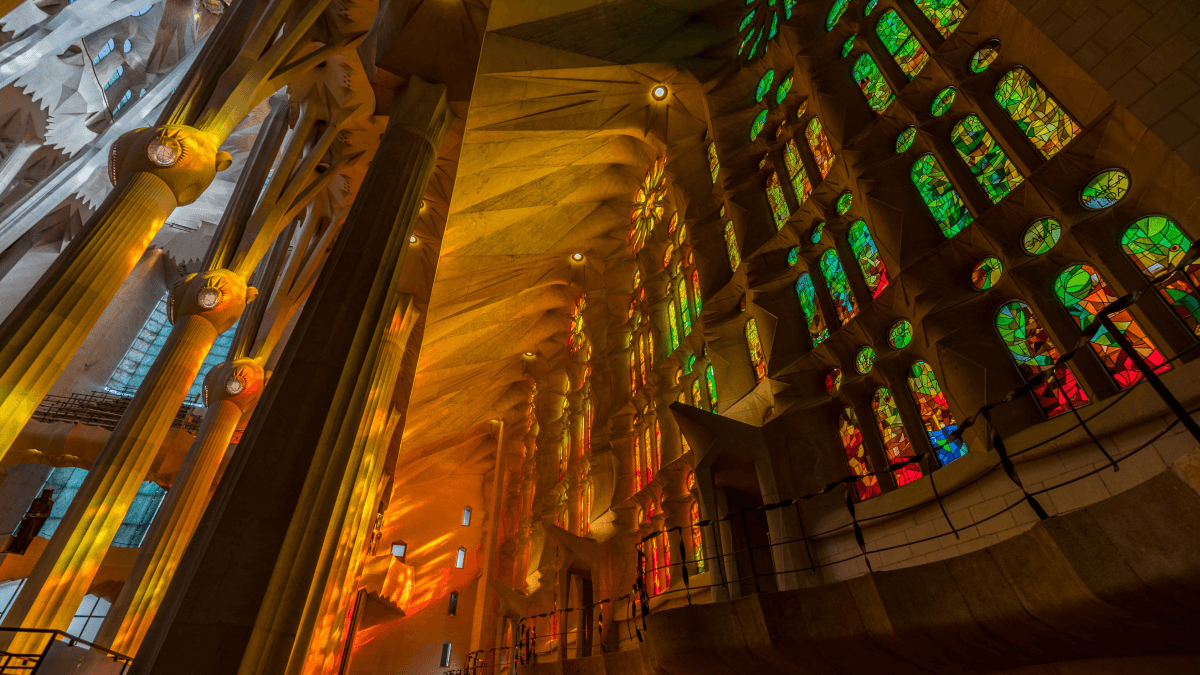 Catalan is primarily associated with Spain’s Catalonia region, but it isn’t quite right to say that it’s a language of Spain, nor that it’s a dialect of Spanish. Catalan is in some instances more similar to French than Spanish, and besides, it’s a distinct regional language with a history that predates the current geopolitical order.

Catalan’s closest linguistic neighbors are Spanish and the Occitan language of southern France, but it differs from both in a number of significant ways, particularly when it comes to diphthongs, certain vowel and consonant sounds, and some grammatical conventions.

The language has also been intimately tied in to the Catalan movement for independence from Spain, with broad implications for the role it may continue to play in the national Catalan identity.

A Brief History Of Catalan

Catalan is a Romance language that originated from Vulgar Latin in the Pyrenees Mountains between France and Spain — specifically the kind that was spoken by the Romans who had colonized the Tarragona region in Catalonia.

Under the kingdom of Aragón, which was founded in 1035, Catalonia was an autonomous province. The earliest surviving written Catalan dates back to the 12th century.

When the marriage of Ferdinand and Isabella united the kingdoms of Aragón and Castile in the 15th century, Castilian Spanish became the de facto official language, even as Catalan remained a vernacular tongue spoken among the people.

Catalonia eventually lost its autonomy when Barcelona fell to Spain in 1714, and the use of Catalan was officially restricted. Meanwhile, France’s Louis XIV was also beginning to suppress the language after he prohibited its use in Northern Catalonia in 1659. The First French Republic that followed the French Revolution also banned the use of the language in education.

This eventually paved the way for the Renaixença nationalist movement that emerged in the 19th century, when Catalan was briefly revived as a literary language by artists and writers. This movement even brought back a Medieval tradition called Jocs Florals (“floral games”), a competition among poets to see who could write the best love poem or best patriotic poem in the lnaguage. After Franco’s fascist regime took hold after the Civil War in 1936, however, Catalan was all but abolished in Spain in order to promote a unified Spanish nationalism.

It wasn’t until after Franco died and democracy was restored in 1978 that Catalan started to be promoted and taught in Spanish schools again as a primary educational language. In 1983, parliament of Catalonia made Catalan the region’s official language.

The Future Of Catalan

Though Catalan has been going through an active revival process for the last few decades, Spanish remains a lingua franca in Catalonia, thanks in part to its long history in the region, as well as the more recent arrival of many Latin American immigrants who speak Spanish natively. Yet with immersion programs in schools have been in place since the early 1980s, virtually everyone under the age of 40 in Spain’s Catalonia region has command of both Catalan and Spanish.

Though the movement to reclaim Catalan national identity has involved a great many factors, language has played an important role. Some Spanish nationalists have even blamed Catalan language education for promoting separatism. In 2015, Spain’s Supreme Court ruled that at least 25 percent of classes in Catalonia’s schools be conducted in Spanish.

This has made Catalan identity more about language than, say, Basque identity or the identity of other various ethnic groups in Spain. Basque nationalism is largely about ethnicity, whereas Catalan nationalism has made language a cornerstone of the movement.

An independence referendum that took place in 2017, which was declared illegal by the central government, brought Spain into the fray of its biggest political crisis since the end of Franco’s regime. Catalan independence rallies have been ongoing, with demonstrations occurring as recently as September 2021. In Catalonia, September 11 is known as La Diada, or the anniversary of the fall of Barcelona in 1714, which has been commemorated in more recent years by separatist rallies.

Where Is Catalan Spoken?

Currently, Catalan is spoken in the Aragon, Balearic Islands, Catalonia, Murcia and Valencia autonomous communities of Spain, the country of Andorra, the Roussillon region of France, and the city of Alghero in Sardinia, Italy.

In Andorra, which is a small, independent principality in the Pyrenees Mountains between Spain and France, Catalan is the only official language. In Catalonia, Valencia and the Balearic Islands, the language shares official status with Spanish.

How Many People Speak The Language?

Catalan is spoken across a varied linguistic territory. Within the Catalan-speaking regions of Spain, France and Italy, a little over 9 million people speak it, with about 8.8 million of those speakers living in Spain.

The post How Many People Speak Catalan, And Where Is It Spoken? appeared first on Babbel.