The Language Of The Universal Declaration Of Human Rights

It’s common to measure an author’s influence by how many times they’ve been translated. The world’s most-translated book is still the Bible, but the most translated document is the Universal Declaration of Human Rights, with 525 official translations in 2021 (including one in sign language). You might guess that this means the UDHR is massively […] 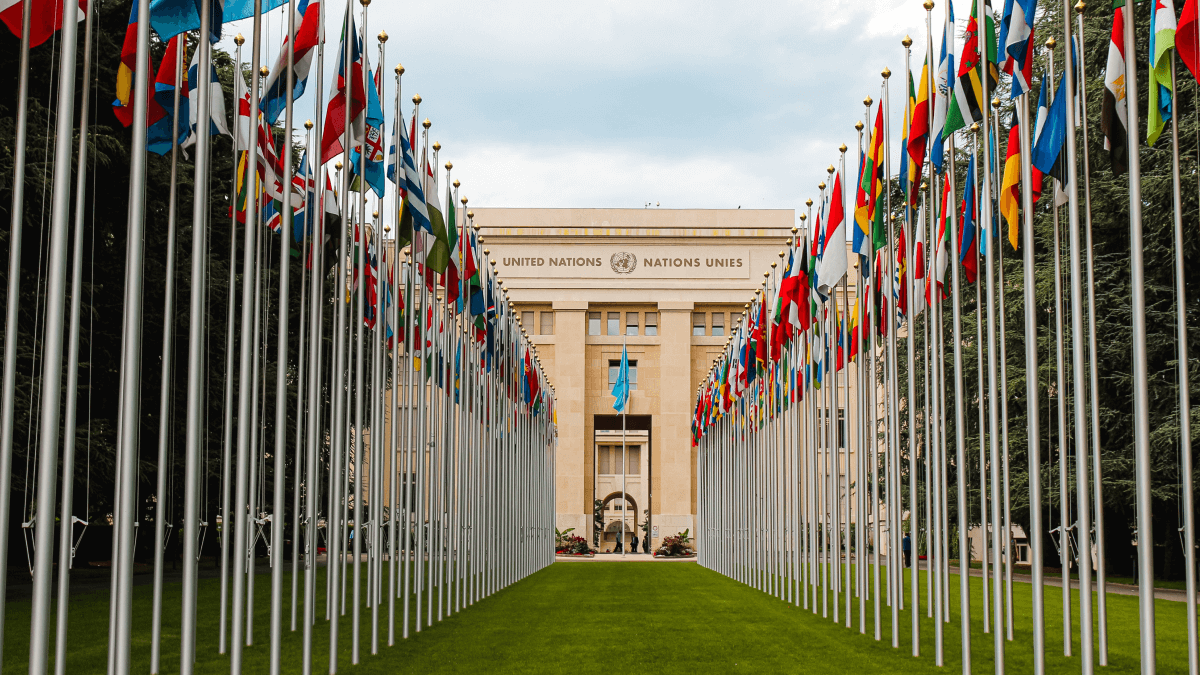 It’s common to measure an author’s influence by how many times they’ve been translated. The world’s most-translated book is still the Bible, but the most translated document is the Universal Declaration of Human Rights, with 525 official translations in 2021 (including one in sign language).

You might guess that this means the UDHR is massively important. And yet, the document isn’t legally binding, and it hasn’t meant the end of wars or violations of human rights. Even so, it continues to be translated into even more languages: The latest translation was into Elsassische — the language spoken in the French region of Alsace by around 800,000 people.

Why is it so important? What influence does this document have in the world? Why keep translating a document without any real way to enforce it for those who don’t respect its ideals?

The Origins Of The Universal Declaration of Human Rights

At the end of World War II, the Allies felt the need to write a text loudly and clearly proclaiming the rights that each human being has. They came together to form the United Nations and drafted a charter, but as the horrors of the Holocaust became more widely known, the members decided they needed a more forceful document to ensure something like that could never happen again.

The Universal Declaration of Human Rights was adopted in 1948 and, as mentioned, doesn’t have any legal value. It’s “neither a law nor a convention, but a proclamation with an effect reaching both higher and farther,” as René Cassin, the principal drafter of the UDHR, put it.

With these words, the Frenchman underlined the universal ambition of the declaration: Transcending nations, bypassing the imperfections of laws and conventions, the UDHR stands as an ideal to be attained for every human society, whatever their cultural or individual characteristics.

How Do You Translate A Universal Ideal?

The original draft of the UDHR was in French, which is only one of the many languages used by the United Nations. Translating this document isn’t self-evident, though. Every language is a vehicle of different ideas, cultures and philosophical traditions; some would even go so far as to say that languages influence how we see the world.

The source language of the UDHR is French for two reasons. First, principle drafter René Cassin was French and he drew from the Napoleonic Code in this document’s creation. Second, it’s one of the official languages of the United Nations.

But the name of the document itself was already a conundrum in French: It’s typical in French to say droits de l’homme (“rights of man”), but most languages would say something like “droits humains” (“human rights,” derechos humanos, etc.). Some countries even refused to sign the document because they opposed the idea that women should have the same rights as men.

In reality, this question was quickly settled by choosing six official languages for the UDHR: English, Arabic, Chinese, Spanish, French and Russian. In case of a dispute in interpreting the text, these six languages are the official reference languages. If there’s a dispute between the reference languages, however, the authoritative version of the text is the French version.

Have to, should or must?

Another example of the challenges translating the UDHR is the use of verbs expressing obligation. In English, for example, there are at least five ways to say that someone can do something: “must,” “have to,” “should,” “may” and “could.” If the French text says that all human beings doivent agir les uns envers les autres dans un esprit de fraternité, that could be translated a few different ways.

The official UDHR translation chose “should,” which translates more as a suggestion, not an obligation. In the English version, Article I of the UDHR reads like this:

“In our opinion, human beings should act towards one another in a spirit of brotherhood, but do what you think is right.”

6 Things To Know About The UDHR

Besides the fact that it’s the world’s most translated document, there are other things worth knowing about the document.

1. It has no official legal power

As we’ve mentioned a few times, the Universal Declaration of Human Rights has no legal power. It’s also one of the reasons it’s been translated so many times. The translators don’t have to be lawyers, and the translations don’t have to be approved by a country’s legal or legislative system.

In Europe, the principles of the UDHR were adopted by the 1951 European Convention on Human Rights, which was included in the internal legal systems of the 47 member countries who ratified the text.

2. Eight countries abstained from recognizing it

The representatives from South Africa refused to recognize the equality of all human beings. Saudi Arabia opposed gender quality, and the Soviet bloc (Poland, Czechoslovakia, Ukraine, Yugoslavia, the Soviet Union, and Belarus) opposed the western definition of universality.

3. The “universality” of the UDHR is still questioned in 2021

China declared that human rights are a western invention, and some Islamic countries prioritize religious laws over human rights.

4. Eleanor Roosevelt was the only woman on the UDHR drafting committee

Eleanor Roosevelt took her place on the committee after the death of her husband, U.S. President Franklin D. Roosevelt, who should have presided over the drafting commission.

5. The UDHR has been compared to a letter to Santa Claus

Jeanne Kirkpatrick, former US ambassador to the United Nations and fervent advocate of Realpolitik questioned the usefulness of the document using this unkind comparison.

6. There’s no mention of nature or God

11 Translations Of The Universal Declaration Of Human Rights

If you’re as interested in the world of translation as we are, you may be curious to have a look at all the translations of the Universal Declaration of Human Rights. In the meantime, enjoy these eleven translations of Article I of the UDHR — where you also might fall in love with the beauty of Inuktikut.

All human beings are born free and equal in dignity and rights. They are endowed with reason and conscience and should act towards one another in a spirit of brotherhood.

This article was originally published on the French edition of Babbel Magazine.

The post The Language Of The Universal Declaration Of Human Rights appeared first on Babbel.