Is It National Latinx Or Hispanic Heritage Month, And Why Does It Matter?

Every September 15th, as National Hispanic Heritage Month starts, the conversations about the terms Hispanic, Latino, Latinx or Chicanx come to national attention. As people who identify with any or all of these terms know, these definitions are not interchangeable, and the subtleties of their meaning and origin have generated a long-standing debate about our identity.  […] 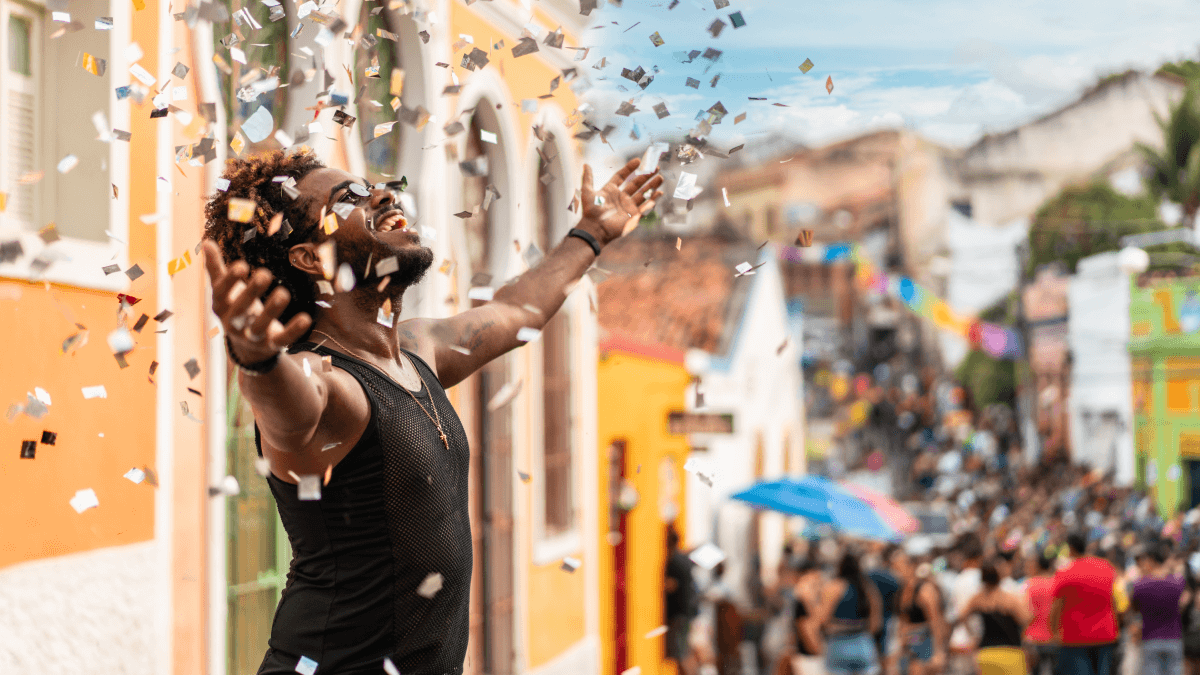 Every September 15th, as National Hispanic Heritage Month starts, the conversations about the terms Hispanic, Latino, Latinx or Chicanx come to national attention. As people who identify with any or all of these terms know, these definitions are not interchangeable, and the subtleties of their meaning and origin have generated a long-standing debate about our identity.

For us Latinxs, the question hits us every time we need to fill out an official government form. “Are you of Hispanic, Latino or Spanish origin?” Of course, the little box we check under that question can’t really represent the complexities of our heritage. Every time I fill that box I wonder, what do these terms really mean? If the definition of Latinx and Hispanic is not exactly clear, what are we celebrating this month? Why is this celebration important for every American? Also, why do I have to ask myself these questions at the DMV? And when will they call my number?

The History Of Hispanic Heritage Month

So why do we celebrate National Hispanic Heritage Month? It actually began as Hispanic Heritage Week, officially observed in the United States for the first time in 1968, at the height of the Chicano Civil Rights movement, under President Lyndon B. Johnson. Twenty years later, President Ronald Reagan lengthened the celebration to a full 30 days, starting on September 15 and ending on October 15 of every year.

I can’t think of a better way to celebrate our mixed heritage by having a little bit of this month, and a little bit of another one. But it turns out that the celebration of Hispanic Heritage Month from mid-September to mid-October isn’t just an arbitrary choice. The 15th of September is an important day for many Central American countries — Costa Rica, El Salvador, Guatemala, Honduras and Nicaragua — as it’s the anniversary of their independence from the Spanish Empire in 1821. Mexico, which became independent from Spain in 1810, celebrates the following day, and Chile’s anniversary is observed on the 18th of September. The 30-day stretch of Hispanic Heritage Month also captures the mid-October observance of Columbus Day, which is more often celebrated as “Día de la Raza.” Instead of honoring the colonial legacy of Christopher Columbus, this day commemorates the mestizo or mixed indigenous and European heritage of many people living in Latin America. Oh, and it’s also my birthday, as the form at this DMV very well knows.

Latinx Presence In The United States

The first permanent settlement in the U.S. was one established by Spanish-speaking people in St. Augustine, Florida in 1565, decades before the arrival of settlers from England in Virginia around the start of the 17th century. Spaniards also started a series of settlements in the Southwest U.S., from what is now Texas to California.

In 1848, the signing of the Treaty of Guadalupe Hidalgo ended the Mexican-American War, ceding to the United States roughly more than half of Mexican territory, including parts of Arizona, California, New Mexico, Nevada, Colorado, Utah and Texas, and establishing the Rio Grande as Mexico’s northern border. More importantly, people who lived their entire lives on these territories woke up one day to be suddenly called “Americans.” Imagine the frustration of their descendants when they hear people telling them to “go back to your country!”

The Spanish-American War at the end of the 20th century cemented U.S. influence in the Caribbean and the Pacific, with the United States backing the Cuban War of Independence and taking control of Spanish territories in Puerto Rico and farther around the globe in Guam and the Philippines. During the 20th century, the expansion of American cities, foreign policy in the Americas, the advent of the Cold War and political instability caused a series of migration movements into the United States.

There’s a nuance to the different terms used to describe people living in the U.S. with connections to the Spanish-speaking world. “Hispanic” and “Latino” are often used interchangeably, but not everyone agrees they should be. Understanding why can help put National Hispanic Heritage Month into context.

The word “Hispanic” as it is used in the United States was born bureaucratically, created in the 1970s to fill the void needed by the U.S. government to complete the census. It legally refers to people living in the United States who are of Spanish-speaking origin or descent, which includes Spain and all of Spanish-colonized Central and South America and the Pacific — anywhere with a historical connection to Spain. But for this reason, some people tend to shy away from the term “Hispanic” because of the legacy it carries, one of colonization and conquistadores.

The word “Latino,” or its feminine form “Latina,” on the other hand, is the alternative of choice for many. Short for the Spanish latinoamericano/a, the word usually refers to anyone from a country in Latin America, regardless of language. That means that Brazilians, though their official language is Portuguese, are technically considered Latino, though they wouldn’t be considered Hispanic. And people whose country of origin is Spain are deemed Hispanic, but not Latino. There’s also debate as to whether people with origins in the South American countries of French Guiana and Dutch-speaking Suriname are technically Latino; French is a Romance language like Spanish and Portuguese, but Dutch belongs to a whole different language family, so there is complexity to the definition.

Over the past decade or so, the term “Latinx” has emerged as a non-gendered alternative to “Latino” or “Latina,” a way to allow for non-binary identification in a grammatically gendered language like Spanish. It sees more usage among younger speakers and is a key part of many social justice movements that promote gender inclusivity.

You might have also heard of the term “Chicano” or its feminine form “Chicana,” used to identify people of Mexican origin or descent who live in the U.S. It came to prominence in the 1960s during the Chicano Movement, a political expression of shared identity, ethnicity and culture. So, technically, a Chicano is a Latino, but not every Latino is a Chicano.

So, which is the right term to use? Turns out there’s no perfect answer, and for many people, it’s a matter of personal preference. For census purposes, the designation “Hispanic” is mostly one of self-identification; you are Hispanic if you say you are, and you’re not if you say you’re not. The U.S. government doesn’t recognize the term “Latino” at all in the census, but many people refer to themselves with this term anyways. In the American Southwest, you might be more likely to hear people refer to themselves as “Hispanic,” whereas “Latino” is often more common on the coasts. Still, many people choose to self-identify with their country of heritage, bypassing the terms “Hispanic” and “Latino” altogether. Of course, it’s all a patchwork of terms and identities wherever you go in the States, and when in doubt, the best way to find out how someone wants to be identified is by asking them!

An important point to remember is that neither “Hispanic” nor “Latino” refer to a person’s racial identity; they only point to someone’s ancestry and origin. A person of any race can be Hispanic or Latino, a testament to the dynamic and multifaceted history of indigenous people, African slaves and European colonizers who all lived within the Spanish-speaking world.

So Why Does This Month Matter?

As you can see, there’s no concrete answer to what these terms mean. This lack of a true definition, in a way, is what defines us. What does a second-generation Dominican from New Jersey who has never spoken Spanish, a proud indigenous Chicana from California, or an Ecuadorian immigrant writing an article while waiting at a DMV have in common? More than race, religion, food or culture, what we all share is a heterogeneous connection of imposition and resistance. We’re similar because of our different experiences.

So as National Hispanic Heritage Month unfolds, remember that regardless of your ethnicity or your heritage, you should celebrate, too! We’re not only remembering the national independence of Central American countries, the history of Spanish America, the contribution of Latinxs to the history of the country or my birthday. We’re celebrating America itself, the intersectionality of all the identities and all the narratives that make the United States what it is. Yes, including this DMV.

The post Is It National Latinx Or Hispanic Heritage Month, And Why Does It Matter? appeared first on Babbel.