1990s Slang Phrases That Deserve To Make A Comeback

The 1990s: a decade bursting at the seams with movies, music and movements that still influence us today. These were the years of backward-hats and baggy jeans, when social media wasn’t a thing and the Y2K Bug was our version of the apocalypse. It’s no surprise that it’s easy to be nostalgic about 1990s slang. […] 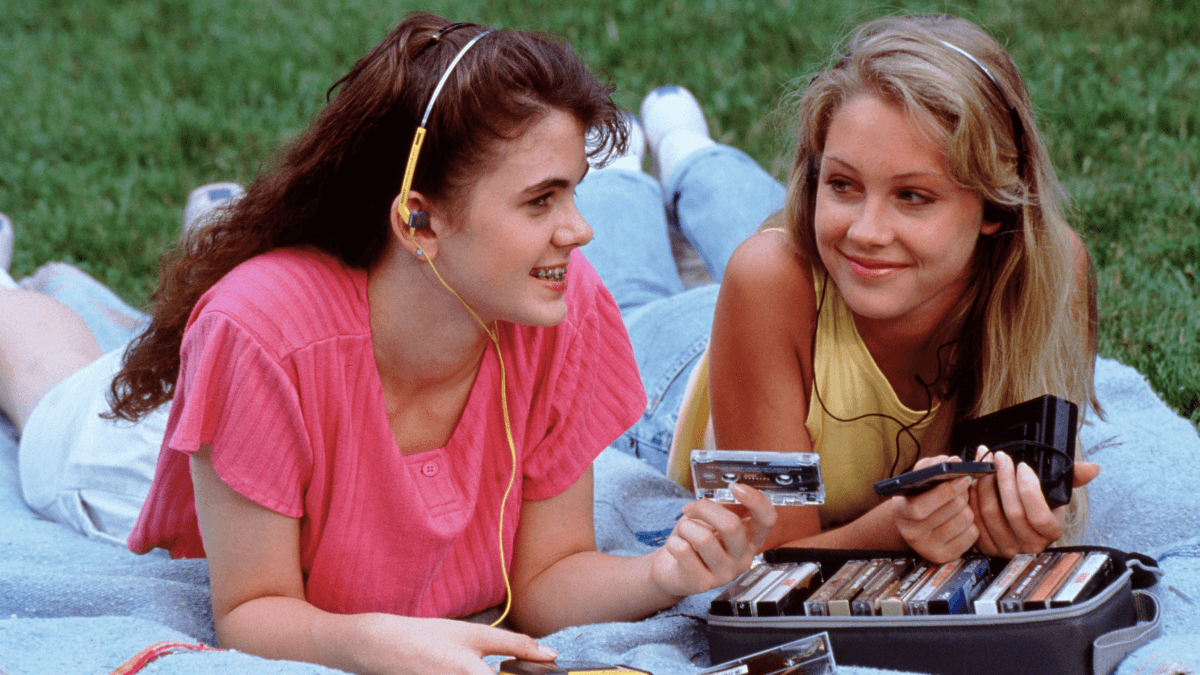 The 1990s: a decade bursting at the seams with movies, music and movements that still influence us today. These were the years of backward-hats and baggy jeans, when social media wasn’t a thing and the Y2K Bug was our version of the apocalypse. It’s no surprise that it’s easy to be nostalgic about 1990s slang.

The ’90s also brought us some of the most memorable moments in pop culture. From the Spice Girls and Britney Spears, to Tamagotchis and Beanie Babies. And sure, some of the ’90s was pretty questionable, too. Like, why didn’t Rose move over so Jack could float on her raft at the end of Titanic? And how the heck did Sacha Baron Cohen get away with Ali G?

While some things are best left in the ’90s, others — such as the innovative and sometimes nonsensical 1990s slang — need to make a comeback, ASAP. Here are a few of our favorites.

talk to the hand (‘cause the face ain’t listening)

Meaning: “I no longer want to engage in conversation because I do not like what you’re saying”

The 90s was an optimistic decade but that doesn’t mean people were polite. According to an article in Grammarphobia, this phrase first appeared in a Wyoming newspaper advertisement in October 1996. The ad depicts a cartoon cowboy encouraging people to vote. He holds out his palm, and says: “If you don’t vote, talk to the hand because the face does not understand.”

The sentiment quickly caught on across America, and made it across the Atlantic in 1998 when it was printed in an issue of The Times. Sadly, almost everybody had stopped using the phrase by the end of the ’90s. But maybe if we all work together, we can bring it back?

all that and a bag of chips

To say someone is “all that” in the late 1980s was the height of compliments. (Unless, of course, it’s in the context of “She thinks she’s all that.”) Once someone or something is “all that,” though, how do you improve on it? Throw in a bag of chips, of course!

The phrase first appeared in print in a 1991 article about youth “slanguages,” which implies it must have been around before then. It didn’t make primetime until February 1, 1993, however, when it was said in an episode of The Fresh Prince of Bel-Air. From there, it exploded, and was so mainstream by the end of the 1990s that it lost any “cool” factor it might have had.

Meaning: farewell (and you smell)

Popularized in the ’90s by Bart Simpson, this ingenious subversion of the typical farewell “see you later” has declined in popularity since the early 2000s. The phrase peaked alongside The Simpsons, the animated sitcom that depicted American family life with its much-loved yellow characters. The phrase also made an appearance in an early Pokemon game, which was released in 1996.

The Simpsons was a cultural powerhouse in the late 20th century, and this isn’t even the only phrase it helped launch into the mainstream. Other catchphrases made popular by the show include “eat my shorts,” “Ay Caramba!” and “Hey! Quit it!” No, it didn’t coin any of these phrases, but during the ’80s and ’90s, The Simpsons was the most quotable show in existence.

Meaning: “I’ve done something wrong, but what are you going to do about it?”

Suing people got really big in the ’90s. One case in particular brought this popular 1990s slang to the foreground of our collective consciousness. The Beatles sued Apple Computers because they had a holding company called Apple Corps, and felt that Apple Computers were stealing their thunder. Fair play! While this case spanned decades, it came to a crescendo in 1991 when Apple Computers introduced a system sound in the Macintosh System 7 called “Sosumi.”

Provocative? Maybe. But they did end up winning the case. The phrase has since declined in popularity but (fun fact) there’s a hot sauce on the market so spicy they named it So Sue Me. You have been warned.

I know you are, but what am I?

Meaning: a response to name-calling that automatically wins every argument

This genius comeback first came to schoolyards around the world in the 1985 movie, Pee-Wee’s Big Adventure, directed by Tim Burton. The main character, Pee-wee, is minding his own business when Francis, the local bully, demands Pee-wee’s bike. When Pee-wee refuses and Frances insults him, Pee-wee says “I know you are, but what am I?” over and over again until Frances breaks. A true lesson in resilience, we’re sure you’ll agree.

This ’90s slang was used by children and adults the world over throughout the decade, undoubtedly winning all kinds of arguments. Nowadays, it’s a somewhat cliche comeback, but can still be heard from time to time among children.

This phrase can be traced back to Spike Lee’s 1995 movie, Clockers. In it, a lead character describes Chuck D as “the bomb.” However, the phrase’s usage actually goes way back to the jazz era, when it was used to describe explosive musical performances.

It was only defined for the first time in the 1994 book, Black Talk: Words and Phrases from the Hood to the Amen Corner. Author Geneva Smitherman defines the phrase as: “THE BOMB 1) The height of something; the ultimate quality of anything. 2) An outstanding grade of marijuana.” Good to know, thanks Geneva!

This ’90s phrase may have first been used by Snoop Dogg in the Gorillaz song “Welcome to the World of the Plastic Beach” (or at least, he takes credit for it). The meaning is abstract and difficult to understand even in context.

However, throughout the 1990s, the phrase was used by hip-hop artists and the children who idolized them in the United States as an upbeat substitute to “How are you?” Already, it’s an elongation of the phrase “What’s crackin’?” The phrase is a significantly more upbeat way of asking somebody how they are, and if we need anything now, it’s more upbeat-ness. This phrase should be brought back into our lives, stat.

The post 1990s Slang Phrases That Deserve To Make A Comeback appeared first on Babbel.