The Germans are fond of saying, Deutsche Sprache, schwere Sprache, (“German language, difficult language”), often with a hint of Schadenfreude in their voices. But allow me to let you in on a little secret: German isn’t that difficult. True, it’s got quite a reputation, perhaps best enshrined by more than a few unflattering Mark Twain quotes. […] 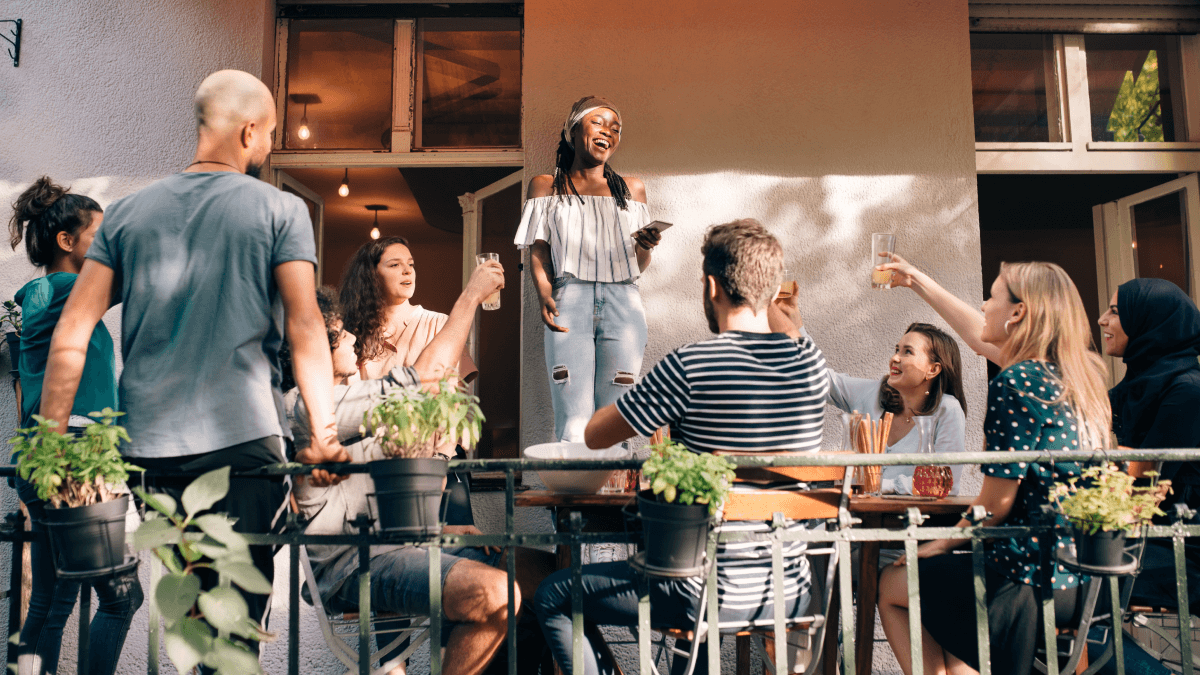 The Germans are fond of saying, Deutsche Sprache, schwere Sprache, (“German language, difficult language”), often with a hint of Schadenfreude in their voices. But allow me to let you in on a little secret: German isn’t that difficult. True, it’s got quite a reputation, perhaps best enshrined by more than a few unflattering Mark Twain quotes. With a few specific tips to learn German, though, you’ll leap over the hurdles to start learning the language.

Because yes, German does present you with 16 different ways to say “the,” and sometimes it has little regard for sensible sentence structure. But at least it’s eminently predictable. English, on the other hand, is riddled with inconsistencies, some utterly non-sensical spelling and a lot of bizarrely fragile tense forms, all of which can trip up even the most experienced learners.

All you need, then, is a little help to figure out the parts that give most learners trouble. I’ve collated these tips from six years of language teaching, seven years of learning (it never stops!) and speaking German, and plenty of experience with different resources and methods.

Our Best Tips To Learn German

In German, you’ll undoubtably be presented with some mind-boggling grammar early on. Don’t fret. The German language gets significantly easier once you’ve scaled the first few conceptual mountains. As you probably know, German nouns are either masculine, feminine or neuter: der, die and das respectively. It’s a very good idea to learn all your nouns with the article from the very beginning. So when you learn that table is Tisch, make sure you also learn that a table is masculine, so it’s der Tisch. And that the mug on the table is feminine. Die Tasse und der Tisch.

Learning words in their grammatical context is vital to avoiding confusion and inaccuracy further down the line. This approach isn’t only valid for article-noun collocation, but also for almost every other aspect of German, whether it be sentence structure in subordinate clauses or how certain prepositions collocate with certain cases. If that all sounds like grammatical mumbo-jumbo to you, don’t worry. I’ll explain further in the next few tips.

What are modal verbs and why are they so cool? Modal verbs are those oh-so-common verbs — can, must, might, may — which express ideas of possibility, permission, desire and obligation. Just like in English, the German modal verbs couple up with the infinitive, and they can give you a strong degree of fluency from the very beginning. That’s why they’re so cool. If you learn the conjugation of these verbs along with some of the most frequently-used verbs, you’ll be able to express a broad range of things. Learn the verbs gehen (“to go”), spielen (“to play”) and lernen (“to learn”). Imagine the range of things you can communicate simply by combining these infinitives with the two modal verbs können (“can”) and müssen (“must/have to”).

If you’re feeling ambitious, conjugate the verb in past tense: Ich konnte (gestern) Fußball spielen. (“I could play football (yesterday).”) Or add an adverb to denote future: Ich kann später Fußball spielen. (“I can play football later.”) Yes, you’ll have lots of gaps in your vocabulary and grammar, but at least you’ll be able to form some simple, useful and whole sentences. And gaps are made to be filled. This focus on modal verbs helped me strike up conversations quickly in German, Italian and French when I first started learning.

You didn’t think you’d get through a list of tips to learn German without one on der, die and das, did you? You’ll hear people say that there are 16 ways to say “the” and that there’s no rhyme and no reason to which nouns are der, which are die and which are das. Yes, there are 16 different ways, but there is reason behind most of them. And there is even some logic behind when a noun is masculine, feminine or neuter — it’s just that not many Germans know this.

Anything that ends in -keit or -heit, such as die Krankheit (illness) and die Dankbarkeit (gratitude), or -ung and –schaft, such as die Bedeutung (meaning) and die Botschaft (embassy) are, you guessed it, feminine. The same goes for any words ending in -ie, -in, -sion, -tät or -ur. This already begins to cover quite a lot of common words. Add to that the patterns for masculine nouns (anything ending in -ling or -ismus, for example) and neuter nouns (-tum and -tel, for instance), and you’ll be able to get an upper hand on those mischievous articles.

Get On The Case Of Prepositions

Prepositions are generally small words — on, in, at, under, over — that introduce prepositional phrases indicating time, place and direction. They’re fiddly little fellows, and often cause language learners confusion. How would you respond to a student of English who asked, “What’s the difference between ‘I’m at the station’ and ‘I’m in the station’?” German prepositions can also be a bit of a pain, but an English-speaking student of German won’t find their usage so foreign: Like the beloved English phrasal verb, German prepositions often act as particles that adjust the meaning of a verb.

I apologize, that was probably too much grammatical mumbo-jumbo. But the reason I mention German prepositions is because they’re another shortcut to using the German cases correctly. A majority of German prepositions collocate with only one case, meaning that if you use the preposition, a certain case must follow. If you learn the prepositions and at the same time learn the cases they govern, you’ll be able to speak conspicuously accurately for a beginner. Take the prepositions mit and gegen, which mean “with” and “against” respectively. Mit is always used with the dative case, and gegen is always used with the accusative case. Therefore, we know the objects in the following sentences will differ from one another.

So remember, when you encounter the prepositions, remember to learn the cases which they govern — their grammatical context — in order to avoid a classic German language peril from the very beginning.

Get A Feel For The Way The Language Works

The above tips to learn German are pretty grammar-heavy, but the language is stuffed full of grammar when you first begin. As much as you might resist, the language will probably turn you into a bit of a grammar geek. The concepts are not complicated, but using them at the speed of speech is. It requires practice: repeating phrases to yourself, inventing miniature stories in the shower, singing under your breath on the way to work. You’ll start to internalize the rules, and suddenly semi-automated sentences will pop out of your mouth.

Your knowledge of German prefixes will help you decipher new verbs. You’ll know ent- always means “to take away” or “to remove,” so you’ll know ent + decken (“to cover”) means “to discover.” You’ll also guess that ent + gehen (“to go”) means “to escape.” You’ll know the word Entscheidung is die Entscheidung simply because it ends in -ung, and you’ll know that if you ever do something with something else, that something else will have to be in the dative case. This will all fall into place, and you’ll develop a feel for the language.

For me, German has a block-like quality to it. I don’t only refer to the way people clump words together to make new words, like Schaden and Freude, but also to the way people speak. As verbs get banished to the ends of sentences, stories develop a block-like rhythm to them, each and every occurrence bracketed within its verbs. I’ve always found Germans remarkably easy to understand — much more so than speakers of Romance languages. I attribute this to the sharper consonants and these assiduously packaged sentences.

If I managed to get my head round all these tips to learn German with a monolingual English education, I’m sure you can too. And by jove is it worth it.