The isle of Great Britain is home to three different countries: England, Wales and Scotland. While they work together (along with Northern Ireland) as the United Kingdom, they have their differences. Perhaps one of the most notable ways Scotland diverges from England is the way they speak. The Scottish accent is one of the most […] 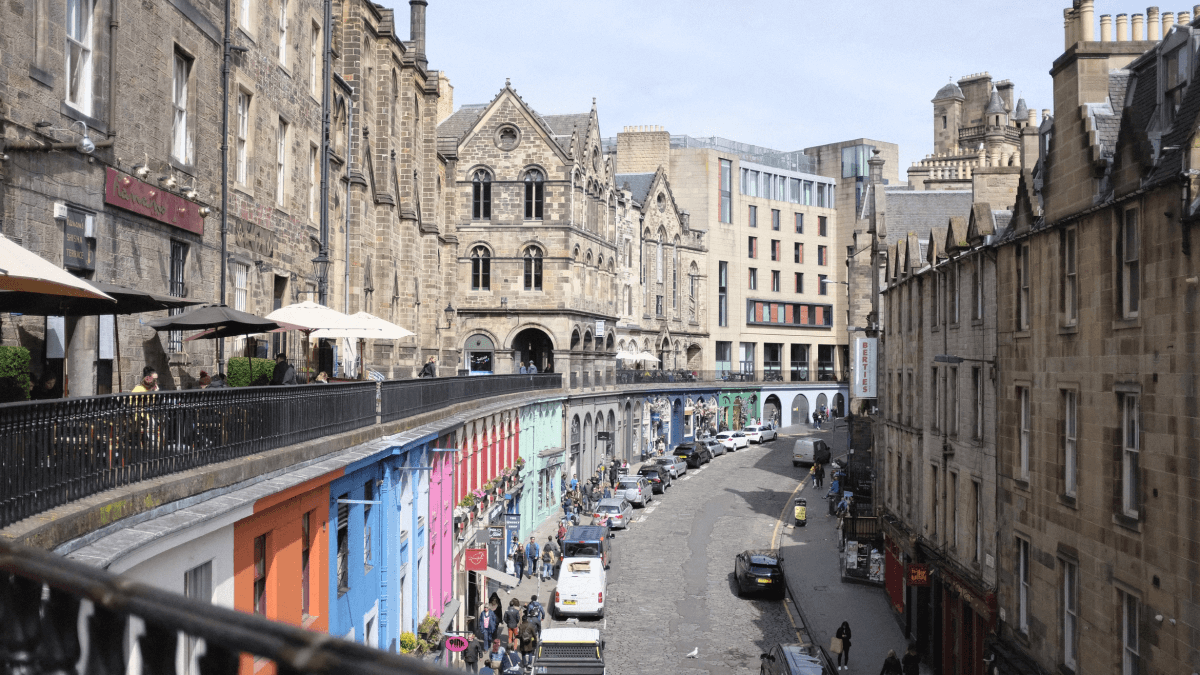 The isle of Great Britain is home to three different countries: England, Wales and Scotland. While they work together (along with Northern Ireland) as the United Kingdom, they have their differences. Perhaps one of the most notable ways Scotland diverges from England is the way they speak. The Scottish accent is one of the most famous in the world, and its history is complex.

We should mention that reducing the entire country to a single Scottish accent is oversimplifying a bit. If you meet someone who’s lived in Edinburgh their whole life, they won’t sound the same as someone born and raised in the Scottish Highlands. Here, we give you an overview of just the basics of the Scottish accent, from its origins to the tips that’ll help you try out the accent for yourself. But be warned, it’s not easy to sound authentically Scottish.

The Origins Of The Scottish Accent

We know what you’re thinking. “Scottish English…isn’t that just Gaelic?” No, actually! Before we look at the Scottish accent in more detail, let’s take a little trip through the linguistic history of Scotland.

First there was Gaelic, the ancient language of the Celts. Then, around 1500 CE, there was a geographic shift, and Gaelic became mostly confined to the Highlands; whilst in the Lowlands, a different language began to develop distinct from Gaelic: Scots! But no, that’s still not quite Scottish English…

In the Lowlands, Scots mixed with Standard English (both mutually influencing each other), and in the 18th century, Scottish English was born! Scottish English can best be summed up as being an accent that is the perfect combination of Gaelic roots, Scots phonology and an English lexicon. And, linguistically speaking, the fact that Scottish English only developed three centuries ago makes this accent one of the “newest” accents in the British Isles.

Which Famous Scots Can I Imitate?

Attempting to mimic the Scottish accent can be very difficult, especially for non-Brits. We recommend listening to famous Scots in order to learn exactly how to master the Scottish tones.

Luckily for you, when it comes to famous Scots, there’s an embarrassment of riches of Scottish sports stars, film stars and other celebrities whom you can listen to. For a dash of classy Scottish, look no further than the actor Ewan McGregor. Or, if you’re looking to emulate a version of Scottish English that would help you blend into a city such as Glasgow, then watching celebrated Glaswegian comedian Billy Connolly should be your first port of call the next time you’re on YouTube.

Having come from the Celts, it’s not surprising that the Scottish accent shares some similarities with Welsh English; for example, the slight trill of the R which is apparent in both accents. Another throwback to Gaelic is in phonology, where the O sound in Standard English is often pronounced with an “ae” sound instead. And, looking at Gaelic, you’ll see that the vowel combination “ae” is very common. Take for example the word “cannot” in Standard English. In Scottish English, the T is swallowed, and the O sound changes to “ae,” becoming “cannae.”

Another distinctive feature is the glottal stop – the blocking of the airway to pronounce the letter T (though, in Scottish English the letter T seems to be swallowed by the glottal stop entirely). For example, “glottal” would become “glo’al”. Listen to the sentence from the video again: ‘I cannae do it.’ Not only does the T at the end of “cannot” get swallowed, but “it” also has that distinctive glottal stop after the vowel sound, so you don’t actually hear the letter T in the sentence at all! Master those three big phonological differences from Standard English, and you’ll be well on your way to speaking Scottish English.

The mixture of Scots and English means that Scottish English has a huge number of phrases that you won’t hear anywhere else in the world. Here are just a sampling of Scottish accent phrases you can practice for your next trip to the country.

Translation: “I can’t do that.”

Usage: This phrase is pretty straightforward. It shows off how the Scottish accent handles vowels a little differently than other accents, but it means exactly what it sounds like it means.

Usage: This looks similar to the English version of the phrase, but there’s a word you may not have encountered before: dreich. Pronounced somewhat like dreek, it’s one of the most iconic words of Scots, describing weather that’s dull and gloomy. It will probably give you some insight into the climate of Scotland.

Translation: “Long may your chimney smoke.”

Usage: When you want to wish someone health and prosperity, this phrase can come in handy. The idea behind it is that a chimney smoking implies someone has warmth throughout the winter. The word lum is Scots for “chimney,” and reek means “smoke.”

This article was originally published on November 20, 2016. It has been updated.

The post School of British Accents: The Scottish Accent appeared first on Babbel.