Few words in the English language are as flexible as “dude.” At its simplest, it’s just something to call someone, in the same vein as “person” or “guy,” but neither of those really get at the full meaning of “dude.” It’s a term that can fit in so many different situations, from the best of […] 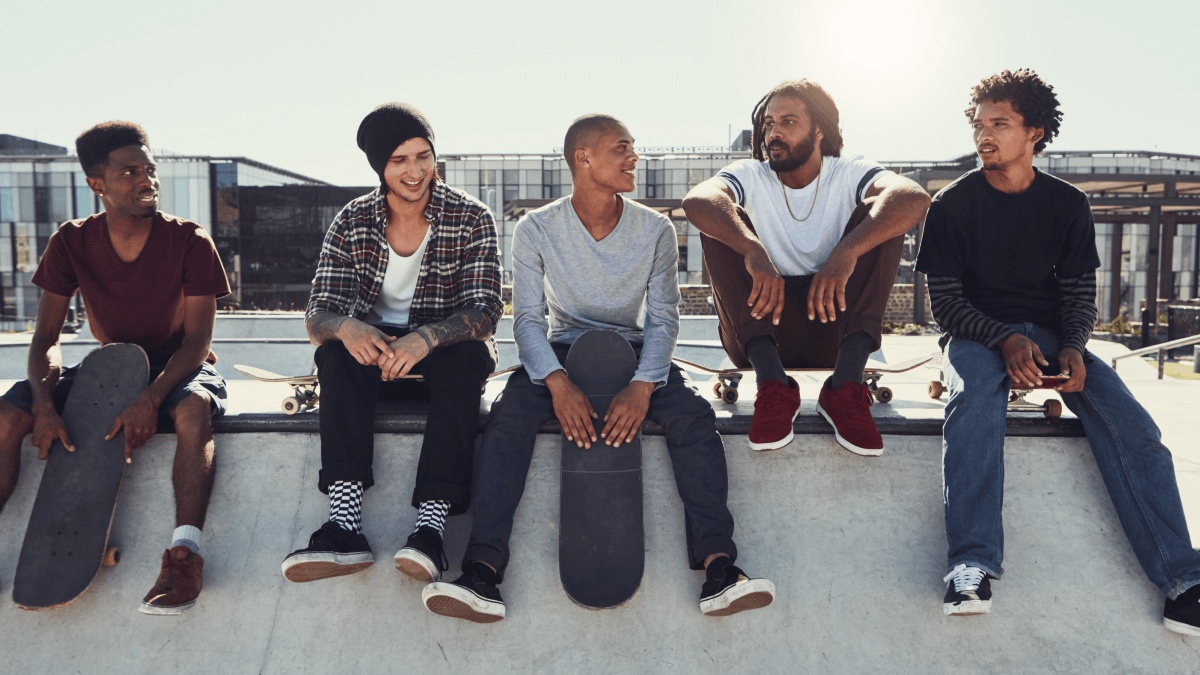 Few words in the English language are as flexible as “dude.” At its simplest, it’s just something to call someone, in the same vein as “person” or “guy,” but neither of those really get at the full meaning of “dude.” It’s a term that can fit in so many different situations, from the best of friends (“I love you, dude”) to the bitterest of enemies (“What the heck, dude?”).

Looking back on the history of “dude,” though, it’s a bit surprising it’s become an ever-present part of American English. Its meaning has shifted a tremendous amount since the word first appeared in the late 19th century, and it’s appeared in countless examples of pop culture. Despite all the linguistic upheaval of the last 150 years, “dude” abides.

The Origins Of “Dude”

For a while, no one knew where the word “dude” came from. All people did know is that in the late 1800s, people started using “dude” to refer to well-dressed, foppish Americans. It described a certain kind of (usually male) person who styled themselves in a way that made them look richer than they actually were.

How did a word like “dude” get chosen to describe this specific type of guy in the 1880s? In the past few years, researchers including Garry Popik and Gerald Cohen decided to get to the bottom of the story, and searched through archives to find as many early instances of “dude” as possible. When they concluded their project, they came to the conclusion that it’s a shortening of a once popular phrase: Yankee Doodle Dandy.

The phrase first came into use in the lead-up to the Revolutionary War, and was used as an insult by the Brits against the Americans. Let’s break it down. “Yankee” was a word originally used by Dutch colonists to insult their fellow English colonists in the “New World.” “Doodle” is a word possibly derived from the German word Dödel, meaning “fool,” but it was also a slang term for the male genitalia, so you can conclude what you want. Lastly, “Dandy” is an English word referring to the ridiculously well-dressed in the 18th century. “Yankee Doodle” was an insult that the British applied to pretty much any American, but “Yankee Doodle Dandy” specifically applied to people who aspired to make money and join the upper class, copying British styles to look more refined. The insult didn’t work very well. Americans took the phrase and started wearing it as a badge of honor. In the late 18th century, Americans started singing a song called “Yankee Doodle” that embraced the term.

The phrase never fully went away, however. And by the end of the 19th century, people had gotten sick of saying the full “Yankee Doodle Dandy.” So around 1883, people (particularly in New York) started shortening it to “doods,” alternatively spelled “dudes.” The word was used in response to a certain fashion that was in vogue in the 1880s, but by the 1890s it had already become more general to refer to the “elite” who lived in cities.

Nobody uses “dude” in the traditional sense today. A person dressed up in the finest British 18th century clothes is probably the last person you’d call a “dude.” The original meaning does stick around a little bit, however. “Dude ranches,” for example, started in the late 19th century as a way for city-dwelling tourists (dudes) to see what it was like to live in the Wild West. It also can make for some funny phrases in older books, like when Mark Twain refers to the Knights of the Round Table as “iron dudes” in A Connecticut Yankee in King Arthur’s Court. The question, then, is how the meaning of the word shifted so much.

The Evolution Of “Dude”

The first thing to acknowledge is that a word drastically changing definitions isn’t as rare as it might seem. The word “nice” used to mean “stupid,” though I guess it’s a matter of opinion on whether that meaning truly changed. Still, it’s always fascinating to see how a word morphs to fit new contexts over time.

It’s hard to pinpoint exactly when “dude” became a word for any person, but one conservative estimate is that it was a part of African American Vernacular English in the mid-1960s. This had probably been in use for a few decades already without catching the attention of others in the United States. It’s not clear exactly why Black Americans started using this word to refer to any general person — maybe ironically at first? — but it caught on.

And as often happens with the slang Black Americans start using, it was eventually co-opted by white people. In particular, surfers on the Pacific Coast of the United States took it up, and it filtered into other youth communities, particularly in California. It’s in the 1970s and on that it became associated with slacker and stoner culture.

While the use of “dude” steadily grew in the second half of the 20th century, the real explosion into the mainstream was surprisingly late. It was movies like 2000’s Dude, Where’s My Car? and, of course, 1998’s The Big Lebowski (whose main character is known as just “the Dude”) that really cemented the word as an icon of a specific type of white stoner. It still has some drug connotations today, but the word has continued to evolve since these movies debuted.

Slang comes and goes all the time. At the turn of the 21st century, “dude” had two possible paths. It could have been so overused and associated with the time period that it would become dated within years, or it could just become part of the lexicon for decades to come. From our vantage point, we can see that the word has stuck around, but why?

One possible point in favor of “dude” is that it has a big umbrella. In the past decades, it’s slowly become accepted as a gender-neutral term. There were a few attempts at “feminine” versions of dude — “dudine” and “dudess” in the 1880s, as well as the more recent “dudette” — but none of them caught on. Instead, many women now use the term. The comedy show Broad City is notable in the way its lead women use “dude” a lot. Notably, Broad City is about stoners, so the characters’ saying “dude” is an extension of its earlier pop culture representation. There are likely many women (and men) who would take offense to being “duded,” but anyone who wants to be a dude can be, regardless of their gender. The same can’t be said of similar terms like “bro” or “man,” which are much more clearly gendered.

Yet its persistence in speech might just be because “dude” fills a niche no other word does. In an analysis of the word’s use, linguist Scott F. Kiesling writes that the word evokes “cool solidarity.” When you call someone “dude,” it means you’re on the same side. He also found that the word still skews very young and very male, but that as the kids who said “dude” grow up, that seems to be changing.

What’s the future of “dude”? It’s hard to predict. It’s lasted much longer in pop culture and regular speech than other words like it, which might mean it’s destined to last a long time. If there’s one thing we can be certain of, it’s going to keep evolving. For the better or worse, dude.

The post A History Of The Word ‘Dude’ From Its Dandy Origins To Today appeared first on Babbel.