Seven Waves And Red Underwear: 6 New Year’s Eve Traditions From Around The World

The Christmas presents have been packed away, and you’ve just finished that last piece of delicious turkey. These are classic signs that the end of the year is fast approaching — time to take off that Christmas jumper of yours and get into the New Year’s Eve spirit! But what’s that? You haven’t yet figured […] 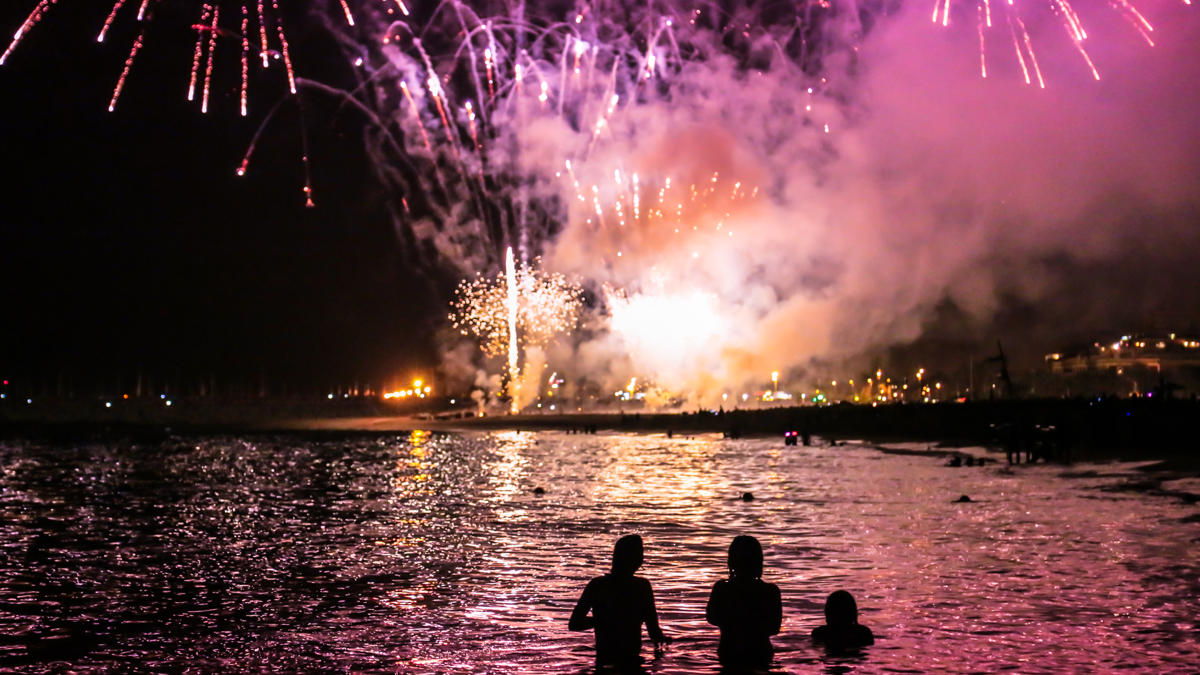 The Christmas presents have been packed away, and you’ve just finished that last piece of delicious turkey. These are classic signs that the end of the year is fast approaching — time to take off that Christmas jumper of yours and get into the New Year’s Eve spirit! But what’s that? You haven’t yet figured out how you’re going to celebrate New Year’s? Don’t worry — if you’re stuck on how best to ring in the new year, we’ve collected some of the quirkiest New Year’s Eve traditions from around the world in hopes of inspiring you.

It’s worth mentioning that a time-honored tradition that is considered wholesome family fun in one country could raise a few eyebrows in another. You may or may not care. Nevertheless, here are six New Year’s Eve traditions that are likely different from what you’re used to.

New Year’s Eve Traditions From Around The World

Whether you’re partial to boxer shorts, briefs or something a little more daring, if you’re celebrating New Year’s Eve in Italy, you need to make sure of one thing: that your underpants are red. In Italy, wearing red underwear guarantees luck and success for the year ahead! That’s why shortly after Christmas, Italians flock to department stores and clothes shops across the country in order to get their hands on some “lucky” red underpants.

And how do you wish someone “Happy New Year!” in Italian?

If you’re ever lucky enough to find yourself on a beach in Brazil on New Year’s Eve, then you’ve got to make sure that you celebrate the new year like the locals do — by jumping into the sea when the clock strikes 12! New Year’s Eve purists make sure to drench themselves from head to toe by jumping over seven waves, making a New Year’s wish every time they clear a wave. If you really want to make sure that these wishes come true, then you should don different-colored underwear for each wish. Yellow for prosperity, red or pink for love, green for hope, and white for peace. But how do you ensure that your wish is granted? By making sure that the underwear is brand new!

Want to wish someone all the best for the new year in Portuguese?

Then go with “Feliz Ano Novo!”

In Bulgaria, there is a local New Year’s Eve tradition called Survakane, whereby on the morning of January the 1st people are encouraged to hit themselves on the back with braided and decorated cornel cherry branches (called Surwatschki). This act ensures that the individual enjoys good health and a long life ahead. Entrepreneurial children across Bulgaria go from house to house cheekily offering to hit the occupants on their backs for them, and in return, they are rewarded with small cakes, nuts, dried fruits, and other small gifts.

How can you wish someone a “Happy New Year” in Bulgarian?

In Spain, the locals fancy a bit of a challenge when they celebrate! Spanish tradition dictates that once midnight arrives, you’ve got to eat 12 grapes (each eaten with every strike of the clock). When eating each grape, people are also encouraged to make a wish for the new year ahead. If you find yourself in Spain on New Year’s Eve and you don’t have any grapes on hand, don’t panic — you can easily find grapes on sale in all tourist shops and pubs in every town and city in the run-up to midnight. Handily, these grapes even come in packs of 12!

How do you say “Happy New Year” in Spanish? Easy!

So you always thought that Germans didn’t have a funny bone? That couldn’t be further from the truth!

On New Year’s Eve, Germans of all ages tune in to watch their favorite New Year’s comedy sketch, Dinner for One. The sketch runs continuously on many German TV channels on the evening of December 31st, and it has become a staple of German New Year’s festivities that the whole family sits down in front of the TV to watch it together. The Dinner for One sketch was produced in the 1960s, and funnily enough, the sketch is delivered entirely in English! That hasn’t stopped it from becoming a firm favorite amongst Germans though. A New Year’s Eve without the antics of Miss Sophie and her increasingly drunk butler James is simply unthinkable!

New Year’s Eve is known as Hogmany in Scotland, and it’s fair to say that the Scots take celebrating the new year very seriously. They even enjoy two bank holidays off to recover from all the partying!

At the heart of Scottish Hogmany celebrations, you’ll find the tradition of “first-footing.” This tradition calls for the first guest (literally the “first foot”) who enters a house in the new year to bring an item of good luck with them. If the “first foot” brings a small silver coin with them, then this will ensure that the house is blessed with good luck for the new year, whereas bread, coal and the most Scottish thing of all — whisky — are also welcome presents, as these symbolise prosperity, food and warmth. We’d say, “Cheers!” to that.

How might one go about wishing someone a “Happy New Year” in Scottish Gaelic?

The post Seven Waves And Red Underwear: 6 New Year’s Eve Traditions From Around The World appeared first on Babbel.