With much of the world buckling down for yet another wave of COVID, cold temperatures seem to have robbed people of their one remaining joy: being outdoors. Yet some regions have learned to not just survive winter, but to thrive in it with winter-centric activities and a few thoughtful logistical tricks. Here’s how some of […] 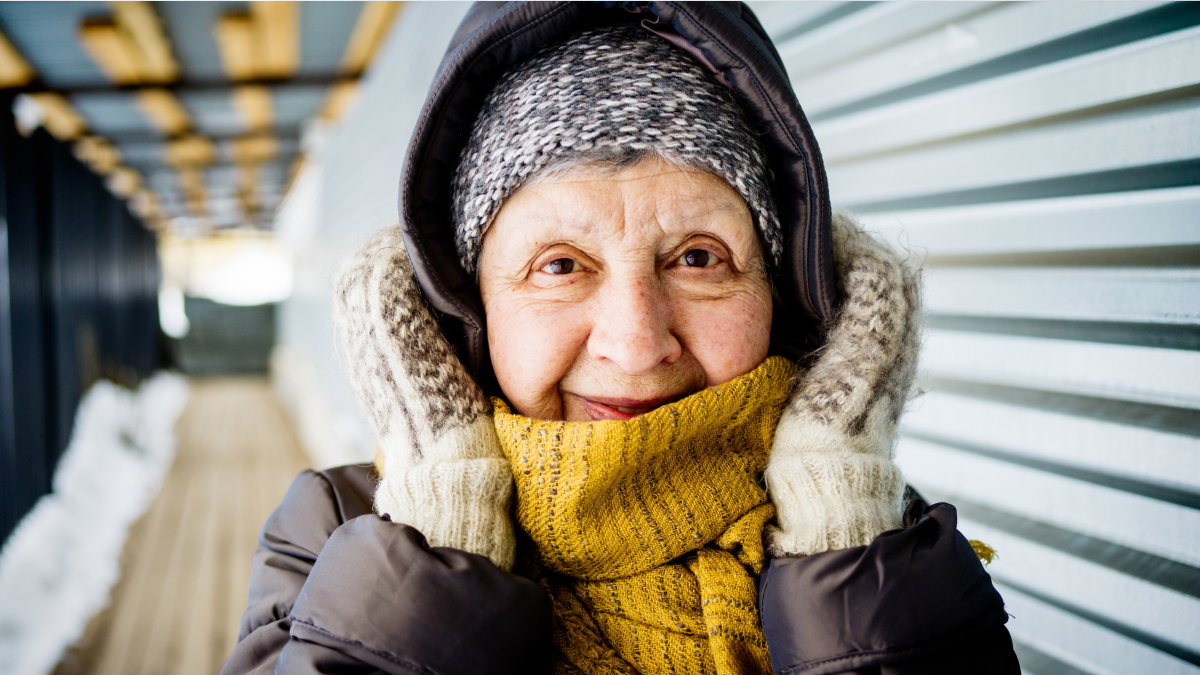 With much of the world buckling down for yet another wave of COVID, cold temperatures seem to have robbed people of their one remaining joy: being outdoors. Yet some regions have learned to not just survive winter, but to thrive in it with winter-centric activities and a few thoughtful logistical tricks. Here’s how some of the world’s coldest, most wintery places deal with the hardest season, what they can teach us about how to enjoy winter, and what tactics you can apply to your own life.

How To Enjoy Winter: Lessons From The North

In Denmark, people get cozy and hyggeligt

While it’s the least chilly place on this list (excluding its colonies in the Faroe Islands and Greenland), winter in Denmark is certainly very dark — the capital, Copenhagen, clocks just seven hours of daylight on the shortest day of the year.

But the Danes have found a way to work with those long, dark nights: by making them feel cozy and comfortable. This concept, which goes by hygge (pronounced “hoo-gah”), seeped into the international consciousness in 2016 and became quite a trend, with all sorts of products from blankets to candles being touted as hygge.

Yet for Danish people, hygge is not a trend or a consumer goods movement, but a state of being cozy and comfortable.

“Hygge is about an atmosphere and an experience, rather than about things,” wrote Danish happiness researcher Meik Wiking in The Little Book of Hygge.

Sure, crafting this hygge mood may involve purchasing things like candles, blankets and hot cocoa, but the end goal is crafting that safe-and-warm hygge sentiment, with or without those things (and there’s a good chance you can hygge up your home with little to no investment).

A huge country with diverse geography, there isn’t a singular, quintessentially Canadian way to do winter. For example, while winter sports are generally popular, some options may not be accessible depending on where you are: a day trip to the ski slopes is easy from mountain-ringed Vancouver, but not from Winnipeg, which is surrounded by dead-flat prairie on all sides. Similarly, outdoor skating is a great idea in Ottawa (where eight kilometres of the city’s Rideau Canal is open to skaters), but less so in Toronto, where warmer temperatures mean natural icy surfaces are less common (although there’s no shortage of artificial outdoor rinks).

Weather differences aside, the common thread across Canada is that winter sports are generally popular, and adaptable. If you don’t live near any mountains, cross-country skiing is an option. Snowmobiling, sledding and snow-shoeing are also options; then there are the various ice-based options like skating, curling and hockey.

“It makes you excited for the snow and cold weather that provide good conditions for those activities,” explains Lesya from Montreal, a city that receives over two metres of snow per year on average.

“My experience of winter has done a complete 180 after investing in cross-country skis,” adds Jessica, also from Montreal.

But if you’re planning to go into more rugged terrain for activities like cross-country skiing, you may want to invest in some extra equipment and brush up on survival skills, says Rejean, also from Montreal.

“Winter is unpredictable, and you never know when a one-hour trip could turn into an eight-hour nightmare, he says.

Of course, the country has tips and tricks for how to enjoy winter that are less dependent on the presence of snow and ice. The French-speaking province of Quebec excels in hearty, rib-sticking winter-friendly food like poutine (fries topped with cheese curds and gravy) and tourtière, a hunky meat-stuffed pie popular at Christmas, but still appropriate for any below-zero temperature. Outside Quebec, there are Beaver Tails, a sizable piece of flat, fried dough, often topped with Nutella, cinnamon sugar or other sweets.

For those who are completely averse to going outdoors at all in the winter, a few Canadian cities have one more trick. Toronto, Montreal, and Edmonton all have some version of an “underground city”: kilometres-long systems of tunnels that connect office buildings, train stations and shopping malls in each city’s downtown core. This allows workers and visitors to move between buildings and services while spending minimal time outdoors — a solid idea, given that temperatures in all of these cities are known to dip below -25°C (-13°F).

Get through winter by immersing yourself in friluftsliv (literally “open-air living”). A popular concept in Scandinavian countries (including Sweden), it evokes a lifestyle of enjoying the outdoors and nature.

Friluftsliv doesn’t necessarily mean diving into winter sports — it refers to simple enjoyment of the outdoors, arguably in a calmer way than strenuous activities like skiing or skating. It can involve what many of us might consider “summer” activities like hiking or kayaking — what comes first in friliuftsliv is spending time outdoors, regardless of the activity.

This Swedish approach to winter is for everybody. While Canada is a bit more focused on winter sports that require a certain level of fitness, mobility and special equipment, the friluftsliv approach puts the emphasis on just getting outside. What you do when you’re out there is up to you, so people of almost any ability level can engage with winter through simple immersion in their environment.

Then when you’re done with the outdoors, head inside for fika, a slow, relaxing coffee break. It’s not a winter-specific activity, but given that it centres around coffee and pastries, it’s certainly winter-friendly.

Russians have no shortage of strategies for how to survive, or even how to enjoy winter in the country’s vast, icy expanses.

In the popular imagination, drinking copious amounts of vodka seems to be one (inaccurate) understanding of how to enjoy winter.

But for a more realistic alternative, look to how Russians dress for winter. There’s some truth to the stereotypical image of Russians clad in fur coats and hats, and fur remains relatively popular in the country.

And while fur is still a luxury product plagued by ethical concerns, its functionality can still provide useful cues for winter dressing. Rather than layering on piles of lighter clothing made for warmer climates, you’re better off with a powerfully thick outer layer, be it fur, faux-fur, synthetic or otherwise.

If the coat is solid enough, you can then wear whatever you please underneath without freezing. It can’t hurt to have more than one set of winter clothes, says Emily, a winter pro who grew up in icy Winnipeg, Canada.

“Buy at least one super functional but sort of ugly set of gear, and at least one warm enough and incredibly glamorous look, so you don’t have to feel like a schlub all the time. Mine is full-on Russian winter princess: fur hat, long wool coat, popped collar, drama.”

If you’re a wardrobe minimalist, you’re better off making a bigger investment in one robust winter coat, rather than saving a little but then shivering your way through winter. The same applies to boots (especially for snowy climes), and other accessories like gloves and scarves.

The post How 4 Countries Survive Winter (And What You Can Learn From Them) appeared first on Babbel.